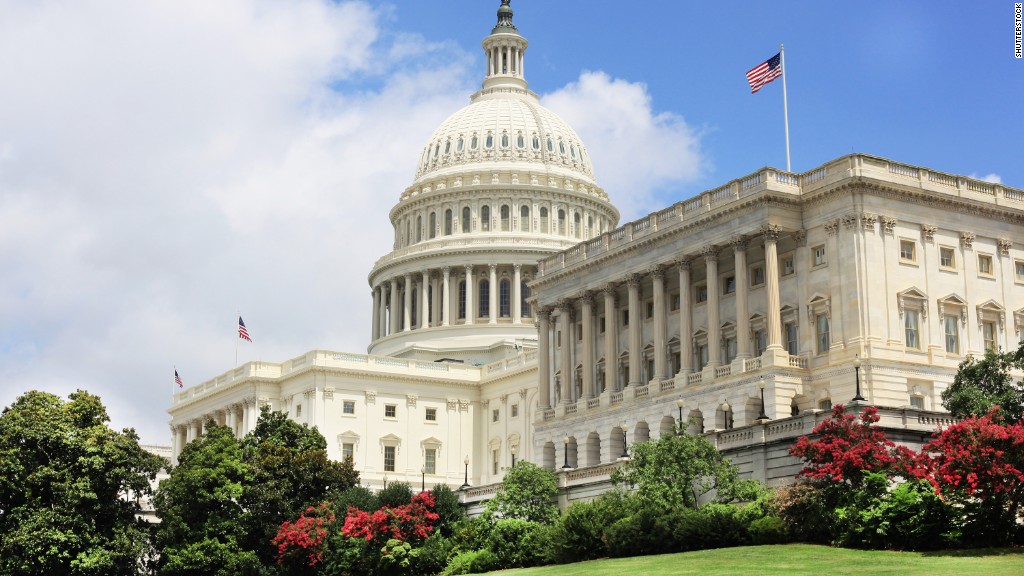 Cash, as they say, is king. And Wall Street is once again starting to salivate about the possibility that President Trump will give the giants of Corporate America an opportunity to return the royal flush of cash they have stashed overseas back to the United States.

The nearly 200 point jump in the Dow on Tuesday was the best market gain since April, and many experts attributed the surge to a Politico story that outlined plans by Republicans in the White House and Capitol Hill for major tax reform.

In particular, investors are hoping that companies will be able to bring back, or repatriate, cash that’s currently held abroad mainly for tax purposes — i.e. avoiding higher U.S. corporate taxes.

This was the key line in the Politico story that seems to have gotten investors and traders excited.

Among the decisions that the White House, Treasury and congressional leaders have settled on is that any tax proposal will require U.S. companies to bring back earnings from overseas at a one-time low tax rate, a favorite proposal of the business community known as repatriation.

Stocks did slip a bit Wednesday following Tuesday’s strong rally, but look at the bigger picture. The market is still enjoying solid gains this year — and they are being led by many of the companies that stand to benefit the most from Trump tax reform.

Ironically, tech firms are surging…even though many Silicon Valley leaders have expressed serious concerns about Trump’s stances on immigration, climate change and his controversial comments about neo-Nazi violence in Charlottesville.

Apple (AAPL, Tech30) has $261 billion in cash on its balance sheet, and CFO Luca Maestri told investors earlier this month that nearly all of it is being held overseas. Google (GOOGL, Tech30) parent Alphabet, Microsoft (MSFT, Tech30), Cisco (CSCO, Tech30) and Oracle (ORCL, Tech30) collectively have $364 billion in cash.

So if you’re keeping score at home, that’s $625 billion in cash for just five companies.

Many of these tech stocks are skyrocketing this year too. Apple is the Dow’s best performer, up nearly 40%. Oracle has soared 30%. Alphabet and Microsoft have each gained nearly 20%.

“Repatriation has been considered an inevitable part of any tax legislation,” wrote Mike O’Rourke, chief market strategist with JonesTrading in a report Monday.

And there are plenty of other companies sitting on a lot of cash that would gain from any Trump tax changes.

But O’Rourke added that “the government is looking towards Main Street to pay for corporate tax cuts while rewarding the very corporations that have avoided taxes.”

It remains to be seen whether or not Trump tries to attach some strings to any tax reform plans, though.

Will he try and convince companies to use cash they bring back to America to hire more workers and build more factories/manufacturing plants here at home?

Many market strategists wonder if companies will actually use their cash for something that could boost jobs and the broader economy.

It’s possible that cash hoarders will reward their executives and investors with dividend increases, share buybacks and other measures that could boost stock prices but not help average Americans who have little, if any, money in the stock market.

There’s also the problem of a still sluggish global economy. Until sales pick up more dramatically, companies may continue to refrain from putting their cash to work.

Related: Trump now says he wants to tax the rich

Richard Lane, senior vice president at credit rating agency Moody’s, noted in a report last month that companies aren’t putting as much toward capital spending or acquisitions, even though they have a lot of cash.

And analysts at S&P Global Ratings pointed out that cash is only one part of the balance sheet equation. Companies are borrowing a lot more money as well.

“While record cash balances make for good headlines, the more important story, in our view, is that total debt outstanding has risen roughly $2.2 trillion, to a record $5.8 trillion in the past five years,” the S&P analysts wrote.

In other words, cash is only king if companies can use it for something more productive than paying back their creditors.