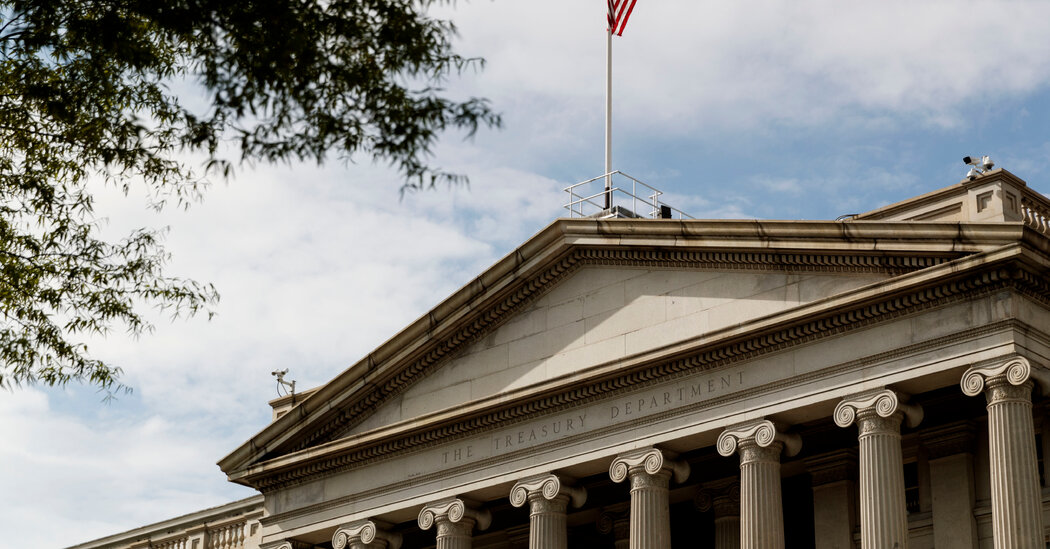 The federal budget deficit soared to a record $3.1 trillion in the 2020 fiscal year, official figures showed on Friday, as the coronavirus pandemic fueled enormous government spending while tax receipts plunged as households and businesses struggled with economic shutdowns.

The shortfall underscores the long-term economic challenge facing the United States as it tries to emerge from the sharpest downturn since the Great Depression. Interest rates are low — meaning it costs less for the government to borrow money — but the ballooning deficit is already complicating policy choices as Republicans resist another large stimulus package, citing concerns about the U.S. debt burden.

The deficit — the gap between what the U.S. spends and what it earns through tax receipts and other revenue — was $2 trillion more than what the White Houses budget forecast in February. It was also three times as large as the $984 billion deficit in the 2019 fiscal year.

In a statement accompanying the annual budget report, Treasury Secretary Steven Mnuchin highlighted the extraordinary level of money that has been pumped into the economy this year to combat the virus and prop up the economy. Russell T. Vought, the director of the Office of Management and Budget, said that as the recovery continued, the fiscal picture would improve as companies hired back workers and people began spending more money.

The federal government spent $6.5 trillion in 2020, a large portion of which can be attributed to the $2.2 trillion relief legislation that Congress passed in March.