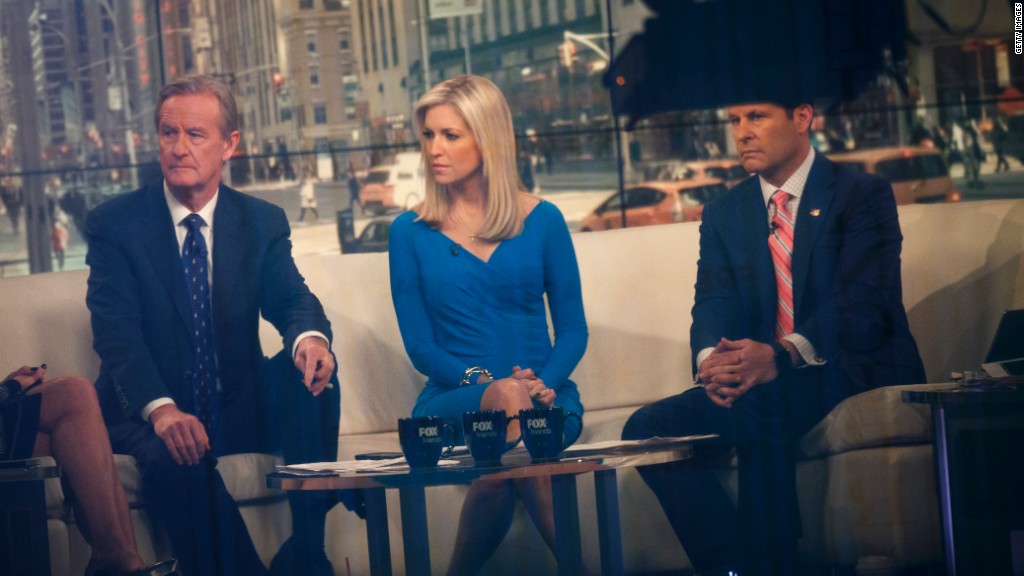 U.K. media regulator Ofcom has found evidence of “significant failings” at Fox News as part of an investigation into whether 21st Century Fox — run by the Murdoch family — should be allowed to control Sky TV.

Ofcom published a report on Thursday that included an examination of recent high-profile scandals at Fox News.

It ruled that Murdoch and 21st Century Fox (FOX) qualified as “fit and proper” holders of a U.K. broadcast license. (The British government on Thursday withheld approval for the proposed Fox takeover of Sky (SKYAY) on unrelated grounds, pending further investigation.)

But Ofcom also said that accusations of sexual harassment against former Fox News boss Roger Ailes and former star host Bill O’Reilly had revealed “significant failings of the corporate culture,” and that the alleged conduct was “deeply disturbing.”

However, Ofcom also concluded there was no evidence that senior Fox managers knew anything about the alleged misconduct until July, 2016.

The British regulator said no concerns have been raised about the corporate culture of Sky, and it did not believe that Sky would fail to tackle misconduct issues effectively.

“We find that Sky would remain fit and proper in the event of the merger.”

Ailes and O’Reilly left the cable network after receiving hefty payouts. Both denied all the allegations against them. Ailes passed away in May.

Lawyers for women who have accused Fox News of harassment and discrimination lobbied Ofcom in recent months to block the Fox-Sky deal.

In a statement, Fox said it was “pleased that Ofcom recognizes that Sky, under full 21CF [Century Fox] ownership, would remain a fit and proper holder of broadcast licenses.”

Here’s what Ofcom’s report had to say about Fox News:

Allegations put to us of racial harassment by a particular manager at Fox News (who has been fired) are just as disturbing. They range from mockery of individuals’ language and accents and of the Black Lives Matter movement to the perpetuation of offensive racist stereotypes about black, Islamic, Chinese, Asian and Panamanian people.”

What management knew: “In answer to an information request … Fox has said that no executive director was aware of any allegations of sexual and racial harassment at Fox News prior to July 2016.

Fox also told us that Rupert Murdoch recalled being briefed by Roger Ailes about a case alleging misconduct relating to ‘star’ anchor Bill O’Reilly that took place in 2004 but he did not recall when he was briefed.

We have no other evidence — and no submissions have been made to us — that any executive director at Fox knew about the alleged misconduct prior to July 2016. On that basis, their failure to act cannot be held against them,” states the report.

On Ailes: “The first sexual harassment case that was escalated to Fox’s General Counsel, Gerson Zweifach, related to Mr Ailes and was filed in July 2016. The General Counsel told us that Fox investigated Mr Ailes immediately and fired him shortly thereafter with a public apology from Fox and a settlement made to the woman who had complained.

The General Counsel has given us a detailed description of the steps taken to ensure that there is no recurrence of the conduct. These include senior personnel changes, governance reform, new training and changes to staff handbooks on workplace conduct.”

On O’Reilly: “Fox responded more slowly to allegations against Bill O’Reilly. We are troubled by some of the reasoning Fox applied in relation to his case. It was already aware of multiple cases that had led to settlements when it renewed its contract with him in February 2017: while we accept that Fox considered the evidence in these cases to be equivocal, the number of them is concerning.

In addition, we found the language used by Fox to describe some of its employees’ misconduct to us tended to downplay the harm caused and diminish the victims.”

Related: Bill O’Reilly promises to make news about his firing

On Murdoch: “Absent any awareness on Rupert Murdoch’s part that Mr Ailes was himself engaged in sexual misconduct, we believe that it was reasonable of him as Chairman and CEO of the parent company to expect that the Chairman and CEO of Fox News would ensure that allegations relating to Mr O’Reilly were dealt with appropriately. It is also reasonable to believe that Mr Murdoch would have expected Mr Ailes to assess the evidence against Mr O’Reilly with care and would take steps to ensure any conduct of this nature did not happen — regardless of the facts of the case.”

The conclusion: “The alleged conduct is deeply disturbing. And it appears to us likely that bad publicity and the associated fall-off of advertising was a major factor behind the company’s response to the allegations against Mr O’Reilly. With the information we have, we cannot reasonably draw the conclusion that the alleged misconduct was known about at the time by the senior executives of Fox.

On this basis, we therefore cannot reasonably conclude that were Sky to be wholly-owned by Fox, Sky would not in future properly investigate and resolve misconduct, and take measures to prevent it from recurring. This in turn means that we cannot — on today’s evidence — cease to be satisfied that were Sky to be 100% owned by Fox, it would be fit and proper to hold its broadcast licenses.”