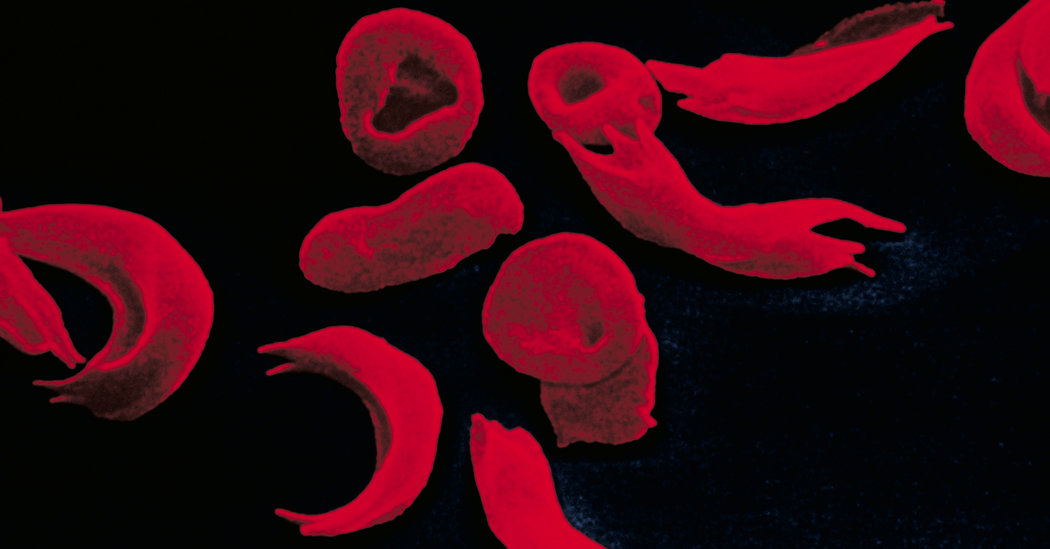 The Food and Drug Administration recently approved two transformative new treatments for sickle-cell disease, the first in 20 years. But the drugs are wildly expensive, renewing troubling questions about access to cutting-edge medicines.

Adakveo, made by Novartis, can prevent episodes of nearly unbearable pain that occur when malformed blood cells get stuck in blood vessels. Approved only for patients aged 16 and over, it is delivered as an infusion once a month.

Oxbryta, made by Global Blood Therapeutics, can prevent severe anemia from the disease that can lead to permanent damage to the brain and other organs. A daily pill, the drug is approved for patients ages 12 and older.

Each treatment is priced at around $100,000 a year and must be taken for life. While it is not uncommon for a drug treating a rare disease to carry such a high price, there are 100,000 people with sickle-cell disease in the United States, and millions more around the world.

Those prices are about double the median family income in the United States, “highlighting a growing dysfunction in the pharmaceutical market,” said Ameet Sarpatwari, assistant director of the Program on Regulation, Therapeutics and Law at Brigham and Women’s Hospital in Boston.

Questions of access worry sickle-cell specialists even as they welcome powerful new treatments expected in the next few years. About 30 more sickle-cell drugs are now in late-stage clinical trials.

“This is an extraordinary time,” said Dr. Alexis Thompson, former president of the American Society of Hematology and a sickle-cell expert at Northwestern University.

Novartis and Global Blood Therapeutics have been speaking to insurers about covering the new drugs, and both say they are optimistic that most insurers will pay for them.

The medical costs do not begin to capture the economic burden. Many adults with sickle-cell disease are disabled to some degree, and many have brain damage, making it difficult for them to work. Family members often wind up as caregivers, and so the economic burden ripples outward.

“In sickle cell, we are not providing great care and we are paying a lot,” said Dr. Ted Love, chief executive at Global Blood Therapeutics.

A spokeswoman for Novartis said: “We’ve taken a thoughtful approach to the price of Adakveo, balancing the innovation it brings to the treatment of sickle cell disease, the benefits it can provide to patients, and the importance of ensuring that appropriate patients have access to it.”

But Dr. Sarpatwari is leery of companies’ cost-benefit analyses, which he said are based on limited evidence and assume that the drug makers ought to be able to extract a maximum price for the treatments, without regard to actual development costs or any taxpayer support that may have been involved.

David Mitchell, founder of Patients for Affordable Drugs, an advocacy group, said patients and insurers should not agree to just any price for these medications.

“Drug companies want us to ask this question: What are we willing to pay to ease the pain and challenge of living with sickle cell?” he said. “When it’s your child facing the disease, or your friend in unbearable pain, the answer is ‘anything.’”

But that’s the wrong way to approach pricing, he added, and the more appropriate question is: What amount should drug companies make on these drugs?

Medicaid covers about 50 percent of patients with sickle-cell disease, and Medicare covers another 15 percent. It’s not clear how these programs can afford to pay for all who might need the new drugs.

An older drug approved in 1998, hydroxyurea, is now generic and costs about $1,000 a year, and it is approved for children.

Hydroxyurea can reduce the incidence of pain crises and strokes by half. Some patients on public insurance programs have no co-pays for it, noted Dr. J. Eric Russell of the University of Pennsylvania.

Insurers, said Dr. Enrico Novelli of the University of Pittsburgh, “will want at least an attempt to treat with hydroxyurea. Why jump to a very expensive drug as front-line therapy?”

And there are concerns about whether patients will take the new drugs regularly if they are prescribed. Many adults with sickle-cell disease have subtle or overt brain damage, which can make it difficult for them to fully understand, plan or adhere to treatment, said Dr. Sujit Sheth, a sickle-cell expert at Weill Cornell Medical College in New York.

Primary care doctors handle most health care for patients without access to major medical centers. Even if the patients can afford Adakveo and are able to stick to the monthly regimen, Dr. Sheth said, those doctors may not be prepared to administer complicated infusions.

Still, most experts agree that the new drugs are significant advances in molecular biology and show what may be achieved now that researchers have renewed interest in sickle-cell disease.

For more than half a century, scientists have understood the cause. Patients with sickle-cell disease have two copies of a mutated gene that produces hemoglobin, the molecule that transports oxygen in the blood.

The mutation makes the molecule warp into a rigid sickle shape. Blood cells like platelets and white blood cells clump together and stick to blood vessels, injuring the lining and blocking them.

Adakveo can make patients’ blood cells less sticky. In clinical trials, Novartis found that the drug reduced episodes of pain by 45 percent, compared to placebo, whether patients also were taking hydroxyurea or not.

But the study did not show an effect on the severe anemia that is a grave consequence of sickle-cell disease. Red cells carrying sickle hemoglobin molecules survive only one-fifth as long as normal cells. A lack of red blood cells injures organs, including the brain.

“What is killing patients is limited oxygen delivery,” said Dr. Love, of Global Therapeutics. Oxbryta was developed to help red cells retain oxygen and prevent them from becoming misshapen.

In trials sponsored by the company, patients who took the daily pill saw an increase in their hemoglobin levels within two weeks; some returned to levels near normal.

Should the two new drugs be used together, one to prevent pain and the other to prevent organ damage? Dr. Thompson, of Northwestern University, advised against it, because the safety of taking both has not been studied.

But other experts, like Dr. Novelli, would like to try giving both drugs to severely affected patients.

“It will come down to cost and what providers will pay for,” Dr. Novelli said.