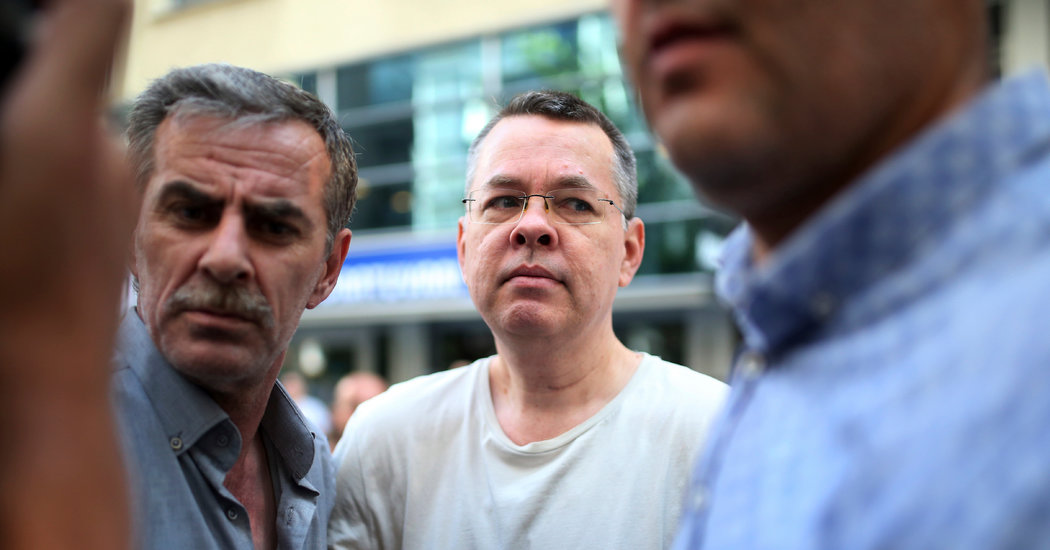 At his trial, which is continuing, Mr. Kul admitted knowing Mr. Gulen but exposed the shakiness of the government’s charges when he explained that it was a member of the governing Justice and Development Party, Ahmet Aydin, the deputy chairman of Parliament, who first took him to meet the cleric.

“In 2010, I met Ahmet Aydin at a culture festival in Philadelphia,” Mr. Kul told the court, the nationalist daily newspaper Sozcu reported in January. “I had breakfast with him and his detail,” he was cited as saying. “They told me that they will see Gulen and suggested that I accompany them. That’s how I met Fethullah Gulen. After that, I visited Gulen four or five times.”

Of the Turkish employees of the American consular mission, Hamza Ulucay, who had worked for 36 years in the American Consulate in Adana, in southeastern Turkey, was detained in February 2017 and indicted on a charge of having contacts with the Gulen movement and the outlawed Kurdish movement, the P.K.K. His trial is continuing.

Two other employees of the American consulate in Istanbul were also detained and have yet to be indicted. Metin Topuz, who has worked at the mission for the Drug Enforcement Administration for more than 20 years, was arrested on similar charges to Mr. Ulucay in October.

Days after his arrest, the Istanbul police searched the home of a third employee, Mete Canturk, who has also worked for years at the Istanbul consulate. Mr. Canturk has since been placed under house arrest.

The State Department suspended visa services in Turkey in protest at the employees’ detention and over the lack of consular access to the jailed American citizens. Turkey retaliated with a partial suspension of visa services. Several Americans were refused entry at Istanbul Ataturk Airport in the following weeks. Services eventually resumed and American consular staff were granted access to the detainees starting in October.