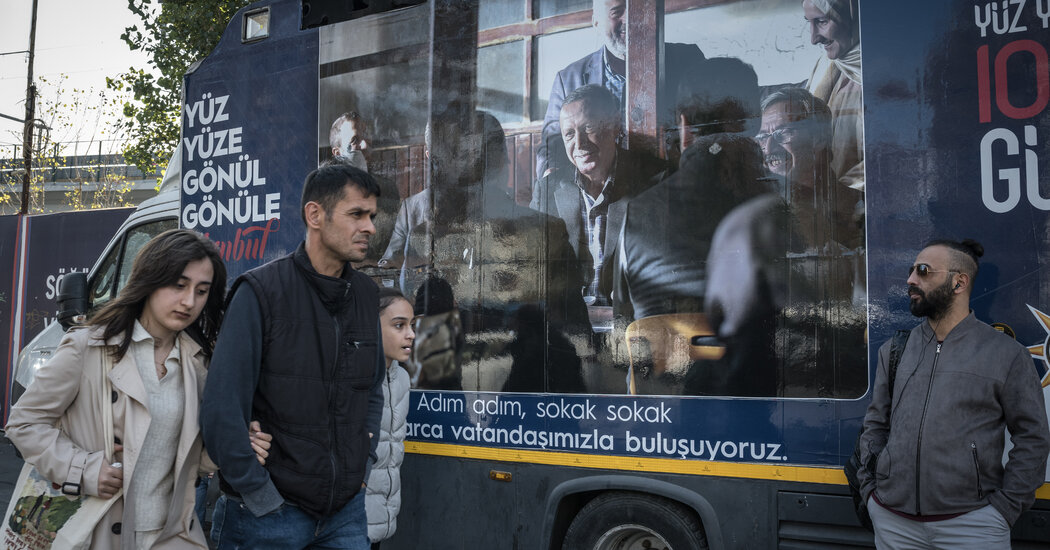 As European nations opposed to the invasion of Ukraine have moved to reduce their dependence on Russian oil and gas, enduring soaring price increases and possible shortages, Turkey has deepened its energy ties to Russia.

Since the war started, Turkey’s imports of Russian crude oil and coal have climbed sharply. The presidents of both countries have talked about how to turn Turkey into a regional trading center for Russian gas. And Turkey has suggested building a second nuclear power plant designed and financed by Russia in addition to the one already scheduled to come online next year.

Cheaper energy is helping to keep Turkey’s sinking economy afloat at a critical time. But the maneuvers are also part of an attempt by President Recep Tayyip Erdogan to use the energy crisis to advance a longstanding dream of the Turks to become a major energy hub. Its location between Europe, Central Asia and the Middle East puts Turkey in a pivotal spot.

The ambitious efforts have had some success. Turkey’s growing role in the world’s energy trade was on notable display this week as the European Union’s embargo of seaborne Russian crude went into effect along with the imposition of an American-led price cap on Russian oil.

More than 20 oil tankers, most with no ties to Russia, sat in Turkish waters, waiting for permission to make their way through the Bosporus and Dardanelles straits into the Mediterranean Sea. Turkey has demanded additional proof of insurance, saying that the price cap has increased the risk of uninsured tankers off its coast. On Friday a Russian delegation reportedly visited Ankara to discuss Turkey’s request for a 25 percent discount on natural gas. At the same time, maritime tracking logs showed large cargo ships filled with Russian coal or oil headed toward Turkish ports.

Turkey has made clear its opposition to the war in Ukraine, condemning the invasion and offering Ukraine military support. But it has also been careful not to antagonize Russia, which is helping to provide a financial lifeline at a difficult time. Mr. Erdogan, who made a point of publicizing his birthday phone call in October to President Vladimir V. Putin of Russia, is not imposing sanctions against Russia and continues to oppose Finland and Sweden’s membership in NATO.

The high-wire act balancing by Russian and European interests has given Turkey new prominence and leverage but is also creating new tensions.

Mr. Erdogan has taken the lead in brokering key agreements to permit Ukrainian grain to safely make its way through a Russian blockade of Turkey’s Black Sea ports to help reduce high food prices and the risk of a global hunger crisis. It has also eased prisoner exchanges between the two warring countries. But opposition to NATO’s enlargement has irritated political leaders in Europe and in Washington as has the tanker bottleneck outside the Turkish straits.

It’s not clear whether overcaution, dysfunction or political posturing is behind the logjam, but it is disquieting oil markets and frustrating Turkey’s Western allies, who have asked Ankara to let the ships pass.

For Turkey, though, its tortured economy is a priority. Mr. Erdogan’s policy, said Henri Barkey, a fellow at the Council on Foreign Relations, is: “I have to do whatever I can to improve the economic situation and if that means working with the Russians, I will work with the Russians.”

Certainly, the economy is desperately in need of improvement. Inflation has surged past 80 percent, seriously denting the president’s popularity and endangering his bid for re-election next year. Turkey is also heavily dependent on foreign energy, importing 93 percent of its oil and 99 percent of its gas, according to the International Energy Agency, a situation that widened its trade deficit and increased its debt load.

As bad as the economy is, though, it would be worse without Turkey’s energy trade with Russia, and the money that it brings in.

Turkey is not participating in any embargo of Russian energy, and as a result has been able to buy Russia’s deeply discounted oil. The benefits are twofold. Turkey, which has huge refining capacity, is buying record levels of cut-rate Russian crude, refining it on its own shores and then legally labeling the finished product as Turkish in origin and selling it at the global market rate. At the same time, it is buying discounted Russian diesel fuel for domestic use.

In the past six months, Turkey purchased an average of 292,000 barrels of Russian crude a day, compared with an average of 113,000 barrels a day over the same period a year ago, according to Kpler, a firm that tracks petroleum shipping.

Russian oil is increasingly being routed through Turkey, “where increasing amounts of Russian crude oil are refined, while the country increases exports of refined oil products to the E.U. and the U.S.,” according to an analysis by the Center for Energy and Clean Air in Finland.

Coal imports from Russia, sold at a discount, have also soared. Between August, when the E.U.’s ban on Russia coal went into effect, and November, Turkey’s monthly imports from Russia averaged 2.1 million metric tons. That figure is more than three times the monthly average of about 630,000 tons bought over the same period last year, according to Kpler.

“Turkey has become the biggest buyer of Russian coal,” said Viktor Katona, an analyst at Kpler who recently returned from a trip to Turkey. “Thanks to Turkey and China, Russian exports of coal have returned to pre-sanction levels.”

Energy is just one element of a complicated array of economic and political interests motivating Turkey’s desire for closer ties with Russia. Russians account for the largest number of tourists, a source of foreign exchange to help support the sinking value of the Turkish lira. More important, Mr. Erdogan is counting on Russia’s support of his efforts to squelch Kurdish separatism in Syria.

But the energy tactics have wider reverberations.

Turkey’s location between energy-rich and energy-hungry nations has given it strategic importance as a transit point.

Simone Tagliapietra, a senior fellow at the Bruegel Institute in Brussels, said Mr. Putin was exploiting Turkey’s desire to become a regional energy hub in order “to create tensions among NATO alliance.” He was doubtful that the strategy would succeed. Because Europe is determined to end its reliance on Russian energy in the coming years, the idea of an energy hub in Turkey makes no economic sense at the moment, he said.

“Turkey will try to benefit as much a possible to get cheap Russian energy,” he said, “but I don’t think doing that will dent the NATO alliance” or the united opposition to Russia’s invasion.