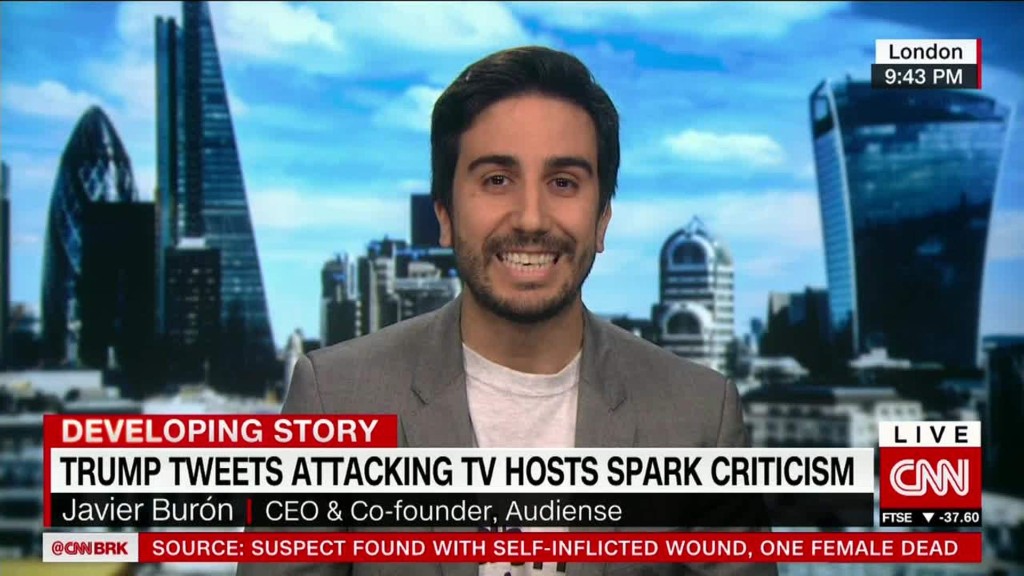 No president in modern history has sought to slash regulations on businesses quite like Donald Trump.

And as a result, Internet service providers can sell and track your data without your permission.

Coal mining companies won’t be obligated to protect the nation’s streams from debris when extracting coal from mountain tops.

Firms that operate in hazardous industries, like electrical contractors and freight truck operators, face looser reporting requirements when their employees get hurt or sick on the job.

Electronic cigarette makers won’t have to meet the same labeling and approval processes as other tobacco providers anytime soon due to a delay by the Trump administration.

Since he took office on January 20, Trump has swiftly moved to eliminate hundreds of regulations, often exerting his presidential powers to unwind or delay rules that watchdog groups argue weaken oversight of behemoth Wall Street banks, strip safety measures for workers and cause long-term harm to the environment.

The effort has gone on largely in the background, even as Trump has struggled to push a legislative agenda. He has also attacked CEOs and firms he feels don’t get in line. And on Wednesday Trump suffered a stunning rebuke from business: Two White House advisory councils collapsed as CEOs raced to distance themselves from his remarks about violent white nationalists.

But the administration’s deregulation drive is likely to barrel along.

Since he took office, Trump has frozen all future regulations until all his cabinet appointees and heads of agencies have been confirmed by the Senate. He’s proposed killing two regulations for every new one. He’s requested each agency to name a regulatory officer to identify rules to be eliminated. He’s exercised his authority — in unprecedented fashion — to repeal 14 Obama-era rules and wipe out or delay 860 prospective rules federal agencies planned to work on this year.

“There’s never been a president who has been harsher — and I am including [President] Reagan — harsher, and more aggressive,” said Rena Steinzor, a law professor at the University of Maryland and former president of Center for Progressive Reform, a nonprofit research organization.

“There’s a war on regulation going on — that’s open and shut,” said Steinzor, who conducted a side-by-side analysis of President Obama and President Trump’s regulatory agendas.

And further cuts are likely to come.

Deregulation by a hundred cuts

For months, Trump campaigned on the promise of killing thousands of regulations that he argued choked the American economy. Stripping American businesses of the regulatory burdens imposed by the Obama administration, he’s argued, is one way his administration will reach its ambitious target of 3% economic growth — a goal he aims to hit by 2021.

Regulations written by bureaucrats in Washington have long been portrayed by conservatives as a main villain of the U.S. economy. They see them as another overreach by the government and, above all else, a job destroyer. With the U.S. economy hovering slightly below 2%, erasing regulatory burdens on banks, home builders and energy companies are an easy target for the administration.

“Government is using muscles it hasn’t used in a really long time, exposing and removing redundant and unnecessary regulation,” Mick Mulvaney, director of the Office of Management Budget touted in a statement late July as the administration unveiled plans to ax hundreds of what they described as plain vanilla rules.

Related: These charts show how the Trump economy is really

And the administration has been quick to seize on its initial accomplishments, claiming it has not cost the American economy a single dollar during Trump’s first months of office. Unlike the Obama administration, which drummed up nearly $7 billion in costs as a result of new regulations in its last five months of office, the Trump White House points out.

“We had zero,” Mulvaney told reporters in a July 20 press briefing at the White House. Instead, he said Trump has saved businesses $22 million by killing possible future regulations. “We actually went the other way.”

“It has zero to do with that,” said Robert Weissman, president of Public Citizen, a nonprofit that advocates on behalf of the public’s interest. “None of these deregulatory moves will do anything to improve economic growth. They will harm the economy. Regulations have net benefits and removing them will make us poorer, and worse off.”

Rollbacks proposed by Trump will touch the lives of everyday Americans.

He’s halted a bid to address risks of bumpers on baby cribs that have been known to lead to infant deaths.

His administration has imposed an 18-month delay on the so-called fiduciary rule that would require brokers who manage retirement accounts to act in their consumer’s best interest rather than their own.

He’s postponed enforcement of a rule that would minimize 2.3 million American workers’ exposure to silica dust, a known contributor to lung cancer. He’s abandoned plans to streamline patient medical information into a one-page form to make it easier for consumers to understand how to use their prescription drugs safely. And he’s blocked efforts that would prohibit federal contractors from winning taxpayer-funded contracts if they violate basic labor and employment laws.

Related: I voted for Trump. Now he wants to cut the aid I need

Typically, the government will issue rules only when the benefits outweigh the costs. So even if a regulation comes with a hefty price tag to business or consumers, its benefit is supposed to be so great it’s worth the cost.

But the Trump White House says it doesn’t trust the prior administration’s math.

“Our philosophy has been that the previous administration fudged the numbers, that they either overstated the benefits to people or understated the costs,” Mulvaney told reporters last month. “And we’re going to look at it in a much more pragmatic perspective.”

So far, the Trump administration hasn’t been able to provide a full assessment of the net savings its deregulation efforts will have for the economy.

Of the 14 bills the president has signed to unwind Obama-era rules, only three could be quantified for a cost savings of $500 million to $1.1 billion — “a conservative estimate,” according to an OMB official.

Those rules span the gamut. They cover the cost of environmental protections due to coal mining, a so-called blacklisting rule that bars companies from winning a federal contract if they violate basic labor laws, and a change that rids energy companies from disclosing payments to foreign governments. For the remaining 11 legislative actions, they were “not quantifiable,” the OMB official said.

The administration has left that kind of number crunching for the agencies themselves to do.

Outside groups have tried to find ways to quantify the savings.

Based on the cost-benefit analysis conducted by each agency, conservative think tank American Action Forum estimates that Congress and the administration have repealed regulations estimated to save $4.1 billion.

That figure reflects the delay of the fiduciary rule — estimated to save $78 million — and $1.2 billion in savings from unwinding an Obama-era rule to protect water supplies from coal mining damage.

But it’s too soon to tell what the ultimate benefit of all of these cuts will be.

“These policies have not yet fully gone into effect,” said Dan Goldbeck, a research analyst on regulatory policy for American Action Forum. “It is too early to judge the economic impact of this shift. It’s reasonable, however, to think that the magnitude of these changes — both in slowing down and rolling back regulatory burdens — will have a positive effect.”