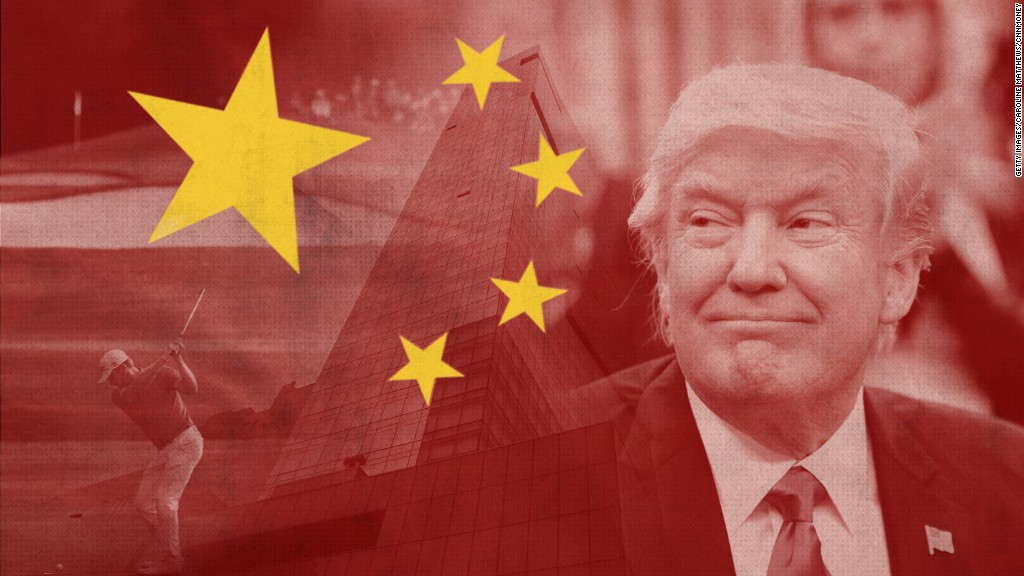 His company has been granted preliminary approval for eight trademarks in the past week, according to documents reviewed by CNNMoney.

Two of the trademarks, approved Tuesday, are for religious garments and accessories. Six others were approved last week, covering construction, advertising, weather forecasting and dietary consulting.

Some of those trademark approvals were first reported by The New York Times.

Related: China grants Trump another trademark – this time for clothes

The company did not immediately return a request for comment on Wednesday. In the past, it has said that it is registering trademarks in China to protect its intellectual property, not to open new business ventures.

Many of Trump’s trademark approvals have been granted since he won the presidential election, raising concerns among ethics experts and Democrats who say the approvals may violate the U.S. Constitution.

In a lawsuit filed Wednesday, 196 Democratic lawmakers cited Trump’s trademark approvals by the Chinese government as evidence that the president has wrongly received foreign payments while in office.

Trump no longer manages his company, but he still retains ownership of its assets. He shifted his holdings to a trust in his name, from which he can withdraw money at any time.