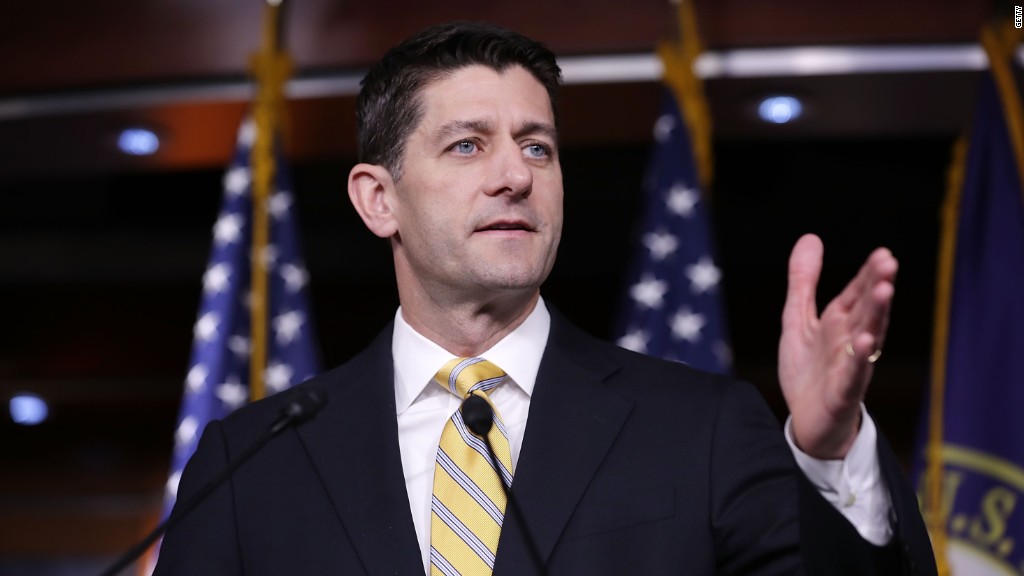 So expect to hear the phrase “work requirements” a lot next year. It will likely be a central feature of the GOP’s planned overhaul of the nation’s safety net.

Policymakers on both sides of the aisle generally agree that work is the best way to lift someone out of poverty. But many Republicans also stress that work requirements will prevent the poor from taking advantage of the system.

“I know people, they work three jobs and they live next to somebody who doesn’t work at all. And the person who’s not working at all and has no intention of working at all is making more money and doing better than the person that’s working his and her ass off, Trump said to applause last month in a speech in Missouri. “So we’re going to go into welfare reform.”

Senator Orrin Hatch, chair of the powerful Finance Committee, echoed that view. “I have a rough time wanting to spend billions and billions and trillions of dollars to help people who won’t help themselves — won’t lift a finger — and expect the federal government to do everything,” he said last month.

Congress tried to let states add work requirements to Medicaid earlier this year in its unsuccessful attempt to repeal and replace Obamacare. But the Trump administration isn’t waiting for lawmakers to act. It has already invited states to promote self-sufficiency in Medicaid and the Supplemental Nutrition Assistance Program, or SNAP, the formal name for food stamps.

“People who can work should work,” Brandon Lipps, the Food and Nutrition Service administrator in the Agriculture Department, wrote to state food stamp coordinators recently. “We must facilitate the transition for individuals and families to become independent, specifically by partnering with key stakeholders in the workforce development community and holding our recipients accountable for personal responsibility.”

However, more than half of those in poverty are children, senior citizens or report themselves disabled, according to an analysis by the Hamilton Project at Brookings. Just under a quarter are in the labor force.

Drilling down to those who are working age (between 18- and 64-years-old), more than 40% are working or looking for employment. Most of the rest are disabled, caregivers or students, with a small share early retirees.

“There really aren’t a lot of people who you say ‘Gee, I don’t know why they aren’t working,'” said Jay Shambaugh, director of The Hamilton Project who served in the Obama administration. “Simply telling them they have to be in the job market may not be sufficient. There are reasons they are not in the job market.”

Part of the problem is that the federal minimum wage remains low at $7.25 an hour, said Rebecca Valles, managing director of the Poverty to Prosperity Program at the left-leaning Center for American Progress. Many of these workers continue to need government assistance to make ends meet.

Work is “a key fundamental ingredient” to alleviating poverty, he said, noting that only 3% of people who work full-time, year-round are poor. It’s important to engage those in poverty, be it through work, training or community service.

“To underestimate the capability of people is a mistake,” said Doer, adding that some people will get jobs on their own after a work mandate is imposed.

Work requirements aren’t a new idea. Several federal safety net programs already mandate them, notably food stamps and Temporary Assistance for Needy Families, which is what many think of as welfare.

Adults without minor children can receive food stamps for only three months out of every 36-month period unless they are working or participating in training programs 20 hours a week. States can waive that requirement for areas where unemployment is at least 10% or there is an insufficient number of jobs, as defined by the Department of Labor.

In households that receive SNAP and have at least one non-disabled adult, 58% are employed and 82% worked in the year prior to or after enrollment, according to the Center for American Progress.

Qualifying activities include unsubsidized and subsidized jobs, on-the-job training, job search and job readiness assistance, community service and vocational education. About 52% of work-eligible families receiving TANF are engaged in work activities, mostly in unsubsidized jobs, according to federal data. The rate varies greatly by state, though.

Evaluations of TANF have found that people who are able to work want to get jobs, said Heather Hahn, senior fellow at the Urban Institute. But work mandates don’t greatly improve their situations.

“The evidence doesn’t show that work requirements lead people to get jobs that get them out of poverty and off assistance,” she said.