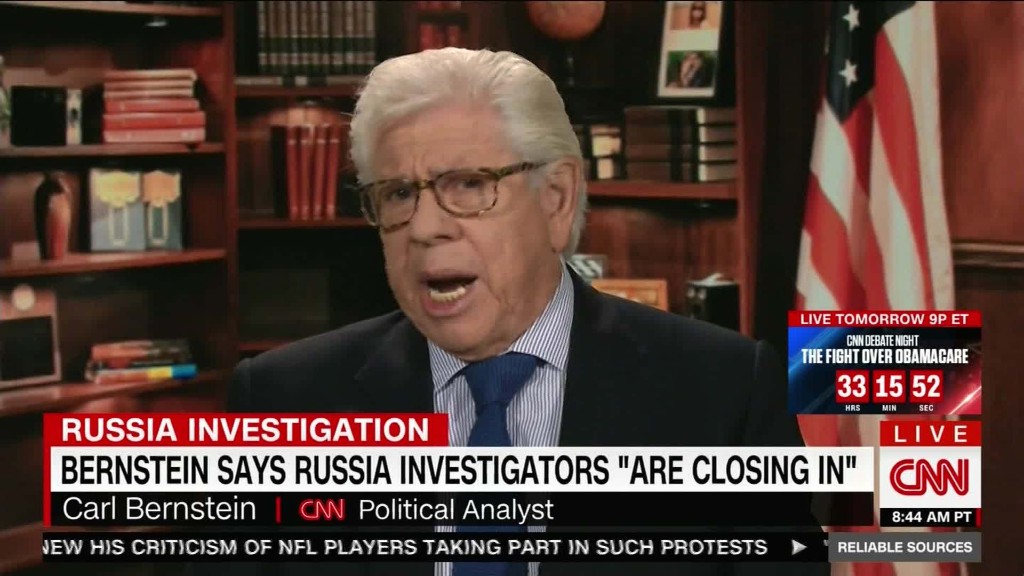 Or maybe he’s just venting about news coverage he hates.

As with many of Trump’s tweets, this one can be interpreted several ways. But taken literally, these are 140 shocking characters — words that certainly piqued the interest of First Amendment attorneys.

The president wrote Thursday morning, “Why Isn’t the Senate Intel Committee looking into the Fake News Networks in OUR country to see why so much of our news is just made up-FAKE!”

The simplest answer is that the news is not “made up.”

More to the point, the intelligence committee is busy investigating Russian interference in last year’s presidential election. The Republican and Democratic co-chairs held a press conference on Wednesday to update the public. The investigation has “expanded,” they said, and will continue for several more months.

But Trump has repeatedly rejected the bipartisan alarm bells about Russian meddling. At least once a month, he tells his supporters that “Russia” is a “hoax.”

Related: Trump says this is all a hoax. Mueller, Congress and Facebook disagree.

Outside Trumpworld, there is almost universal agreement that Russia’s attempts to influence American elections are an ongoing and urgent problem. There are many outstanding questions about whether members of Trump’s campaign coordinated with Russian operatives.

Trump’s reaction to his giant Russia problem? Beat the press.

A sub-theme of his campaign was the attempted delegitimizing of the press corps covering him. As president, he frequently alleges that news is “fake” when the coverage isn’t as positive as he wants it to be. But Thursday’s tweet — invoking an investigation — goes further than he’s gone before.

Here are several ways to interpret it:

— He would genuinely like to see a government probe into the internal workings of American news organizations like CNN and NBC. Such a probe would surely provoke First Amendment challenges.

— He’s just mad about Wednesday’s stories about an NBC News report that Secretary of State Rex Tillerson had privately called him a “moron.” Nothing will come of his Twitter anger.

— He’s trying to divert attention from the Russia probes.

— By saying “OUR” country, he is contrasting the United States with Russia, where the state-owned network Russia Today has come under U.S. government scrutiny.

So far, the Trump administration’s bark about the media has been much worse than its bite. Trump frequently assails “fake” news coverage, but the White House press corps is operating pretty much the way it has for decades, without draconian new restrictions.

However, his words carry power, and a portion of Trump’s political base takes his anti-media attacks very seriously.

Trump may be ratcheting up his criticism of the press as special counsel Robert Mueller’s probe moves forward and the midterm elections approach.

He frequently asserts that journalists invent anonymous sources to fit their agendas. But there’s scant evidence to back up that bombastic claim.

While journalists do make mistakes, and are often held accountable, outright fabrication is extremely unusual and is taken extraordinarily seriously.