The high-stakes standoff between the U.S., China and North Korea is heating up.

President Trump on Thursday gave the Treasury Department more power than ever to punish people and businesses who trade with North Korea. The big questions are how and when it will be used.

“They certainly have enough evidence to move forward with these kinds of sanctions,” said Anthony Ruggiero, a senior fellow at the Foundation for Defense of Democracies. “It looks like they were interested in providing one little final warning, especially to China.”

Trump has been pushing China to use its deep economic ties with North Korea to pressure Kim Jong Un’s regime to back down from developing nuclear weapons. China is estimated to account for roughly 90% of North Korea’s foreign trade, with money and goods flowing back and forth across a land border that runs for 880 miles.

Even though China has supported a series of tough U.N. resolutions this year targeting a growing portion of North Korea’s economy, many experts are skeptical that Chinese officials and companies are fully applying the sanctions.

That’s where the new powers Trump gave Treasury Secretary Steven Mnuchin come in. They enable him to cut off access to the U.S. financial system and freeze the assets of any company or individual doing business with North Korea, measures known as secondary sanctions.

Those are serious threats for major Chinese banks, which had $142 billion of assets in the U.S. at the end of March, according to the Federal Reserve. U.S. dollars are the lifeblood of the global financial system and banks operating internationally need easy access to them. 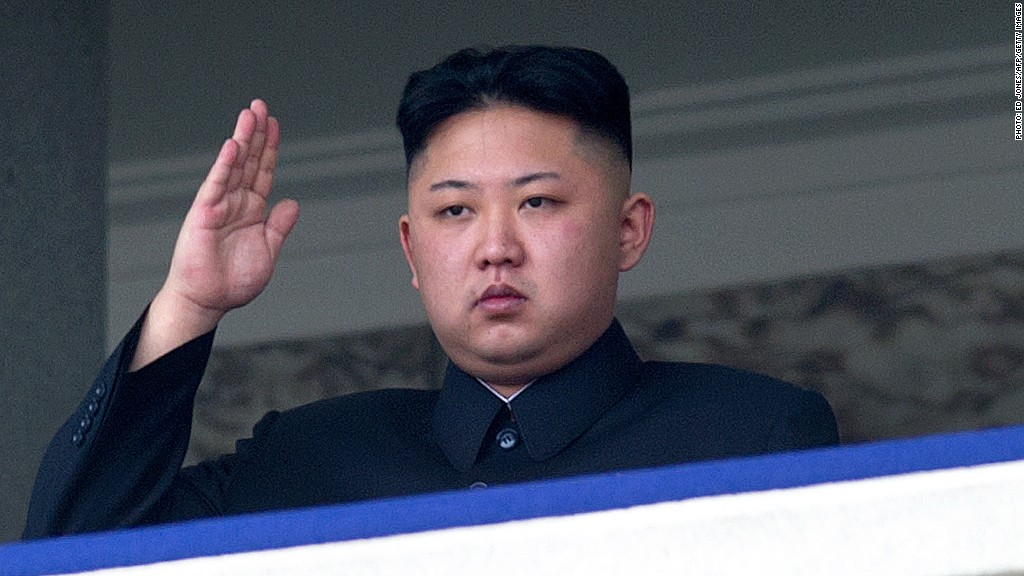 The executive order that Trump signed Thursday is likely to have set off alarm bells around the globe.

“Every single big bank in the world has sent or will be sending a memo to their compliance teams,” Haggard said. “Those teams in turn will be scrambling to figure out if they have any North Korea risk.”

But it’s uncertain exactly how Chinese banks will respond.

Earlier this month, China ordered its financial institutions to take a number of steps to comply with past U.N. resolutions, including halting business with sanctioned individuals and companies. And employees at some major Chinese banks told CNNMoney that they were no longer opening new accounts for any North Koreans.

Those measures did not go far enough for Trump.

The North Korean regime is believed to use a complex network of front companies to do business in China and other countries to dodge sanctions. Trump’s new order has put the onus on banks and other firms to find out whether the businesses they’re dealing with have any kind of North Korean connection.

Banks that may have previously looked the other way now have a strong incentive to pay close attention or risk severe punishment. If they all begin cutting off business with North Korea, the impact would be felt immediately.

“It’s something that the North Koreans have never really faced before,” said Ruggiero, a former official at the State and Treasury departments who specialized in financial sanctions and weapons proliferation issues.

Too big to sanction?

But the new U.S. measures still come with limitations.

Experts say cutting off a major Chinese bank from the U.S. financial system could have unforeseen consequences, such as a chain reaction of defaults that could ripple through the world’s second largest economy and beyond. Beijing, which has strongly opposed sanctions against its companies, could retaliate against U.S. interests.

Ruggiero said there are still less drastic measures available, such as slapping a big fine on a high-profile Chinese bank to deter others.

“I certainly don’t rule out that this administration could decide that a North Korean nuclear weapon on an ICBM is a big enough threat to overrule the concerns that [crippling sanctions on a big Chinese bank] could harm both economies and crack the trade relationship,” he said. “But…there are things that can be done before getting there.”

Other factors could also blunt the effectiveness of the new U.S. measures.

There may be smaller Chinese banks and firms dealing with Kim’s regime that have little or no exposure to the U.S. financial system, Haggard said. North Korea is also believed to have an array of illicit revenue sources, such as cyberattacks, drugs and weapons.

“If the sanctions don’t have the anticipated effect, it could be because North Korea has a… parallel universe of banks and firms that simply are immune” to the executive order, Haggard wrote.

And other experts point out that North Korea’s nuclear weapons program has developed over decades, surviving periods of famine and economic crisis. Pyongyang can take a lot of pain.