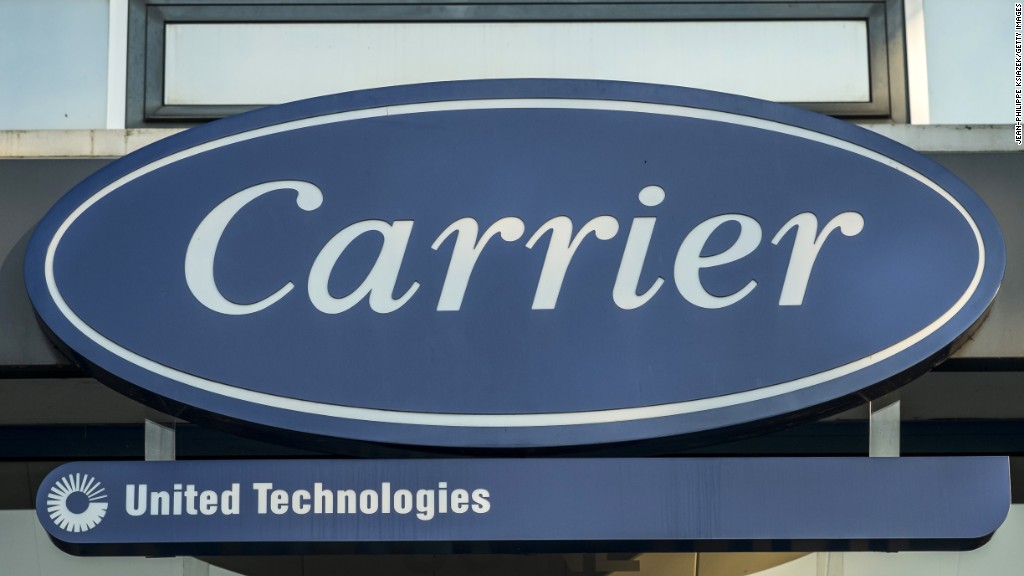 President Trump touted his deal to save jobs at a Carrier plant in Indianapolis last year as a win for the American manufacturing industry.

But that victory didn’t even extend to everyone at the factory.

Thursday marks the last day for more than 300 Carrier employees whose jobs have been eliminated in favor of outsourcing to Mexico.

It’s the first round of cuts at the plant, which last year epitomized the working-class grievances that Trump swore to fix.

Four salaried employees will be laid off in September, and another 290 jobs will be eliminated in late December, three days before the Christmas holiday, according to records filed by Carrier with the state of Indiana.

“It’s been a crazy journey,” said TJ Bray, an insulator at Carrier whose job was saved. Bray, 33, is also a spokesman for the local union that represents the factory’s employees.

“We’re definitely glad that some of the jobs are definitely staying, and we’re just still very disappointed that we’re still losing a lot of folks,” Bray said.

Carrier’s parent company, the manufacturer United Technologies (UTX), announced in February 2016 that it would move production to Mexico and close the Indianapolis plant, which employs 1,400 workers and makes furnaces.

That announcement drew widespread attention after a Carrier worker recorded it from inside the factory.

Trump seized on the decision during his campaign and promised to get tough on trade to convince companies like Carrier to keep jobs in the U.S.

Trump followed through after he was elected — at least in part. He struck a deal with Carrier to prevent about 800 jobs at the plant from moving to Mexico.

As part of the agreement, Carrier gets about $7 million in state income tax refunds if it keeps the jobs in Indiana for 10 years.

The tax incentive, however, is just a slice of the estimated $65 million a year the company expected to save had it moved the jobs.

Other details about the deal are still unknown. One Indiana nonprofit has sued the state for details about how Trump and Vice President Mike Pence, who was the state’s governor at the time, negotiated the agreement.

Related: How Donald Trump got Carrier to stay

While the deal was good news for some employees, about 600 workers weren’t so lucky. Carrier said when it announced the deal that it still planned to move some work making fan coils to Mexico.

The company released a statement Wednesday that reiterated its decision to keep some factory jobs but move others. It added that workers who are leaving can be reimbursed by Carrier for job training or education costs, including a college degree or technical certification. About 30 people who are leaving will take advantage the education program, Carrier said.

Robert James, the president of the local steelworkers’ union, said emotions at the plant are mixed.

A forklift driver who has worked at Carrier for 19 years, James is keeping his job. While many of the coworkers saved by the deal are happy, he said, others still feel uncertain about their futures — including him.

“[Carrier’s] intent from the beginning was for the whole plant to go,” he said. “So what would make us think now that they are going to stay?”

James said he’s not convinced the deal would remain in place if Trump were to leave office after one term.

Even if the jobs aren’t outsourced, James has other concerns. The company is pumping a $16 million investment into the facility that it plans to use mostly for automation.

“You can’t feel that comfortable after a company has already snatched everything out from underneath your feet,” he said.

Related: Carrier plant that Trump helped save will cut 300 jobs right before Christmas

Bray, the insulator, said he’s considered life after Carrier. He has worked at the plant for 15 years, since he was 18. He missed his second night of work to attend his high school graduation.

“I guarantee you, any person that’s job is being saved — they all have that in the back of their mind that this company will once again turn their back on them,” Bray said. He’s looked into going back to school for a media or communications degree.

“That way if it does happen, I’ll be ready for it,” he said.