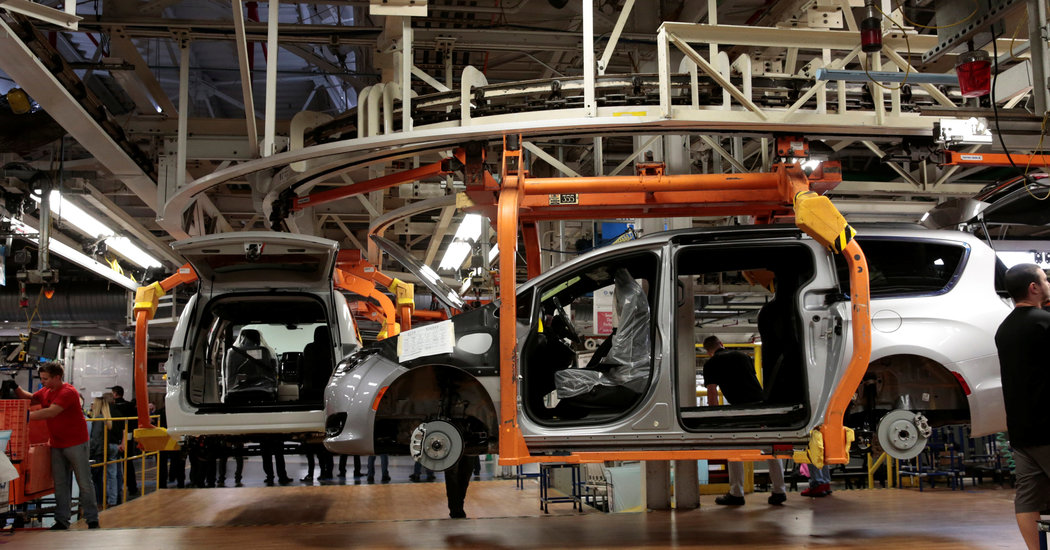 WASHINGTON — The administration and House Democrats have reached an agreement in principle to modify President Trump’s revised North American trade pact, removing one of the last hurdles to enacting the president’s signature trade deal.

The agreement, announced Tuesday by Speaker Nancy Pelosi, comes at an odd moment as the same group of House Democrats moved closer toward impeaching the president. Ms. Pelosi of California said she would allow the deal to move forward in the House, handing the administration one of its biggest legislative victories less than an hour after she announced the articles of impeachment against Mr. Trump.

The decision to proceed with the United States-Mexico-Canada-Agreement came after Democrats said they secured additional labor, pharmaceutical, environmental and enforcement provisions in a trade pact that governs commerce across North America. Those changes were critical to winning the support of labor unions, including the powerful AFL-CIO.

The changes to USMCA, which the three countries signed more than a year ago, must now be woven into implementing legislation that the House and Senate will both vote on. The pact will also need to secure the president’s signature and the final approval of the Mexican senate and Canadian leadership.

At a news conference on Tuesday, Ms. Pelosi, flanked by Democrats including Massachusetts Representative Richard E. Neal, said that they were confident that the legislation would become law, replacing the much-maligned North American Free Trade Agreement and fulfilling a legislative priority for both the administration and the House Democratic caucus.

“It is infinitely better than what was initially proposed by the administration,” Ms. Pelosi said. “It’s a victory for America’s workers.”

“This is a transformative agreement,” Mr. Neal said.

Mr. Trump, who has spent weeks blaming Ms. Pelosi for obstructing completion of a trade deal that he says will help workers, touted the progress on Twitter earlier on Tuesday morning. “Looking like very good Democrat support for USMCA. That would be great for our Country!”

Mr. Lighthizer, Jared Kushner, the president’s son-in-law and a senior adviser, and Chrystia Freeland, who negotiated the deal on behalf of Canada and is now deputy prime minister, are expected to announce advancements to the pact with Mexican officials in Mexico City later Tuesday.

The timing of the handshake agreement offers Mr. Trump a crucial victory to tout on the campaign trail during his re-election bid and House Democrats tangible proof that they are able to legislate while preparing to vote on charges of abuse of power and obstruction of Congress against the president. While it is unclear when legislation will be ready for the House floor, it could come as lawmakers are readying for a vote on impeachment articles.