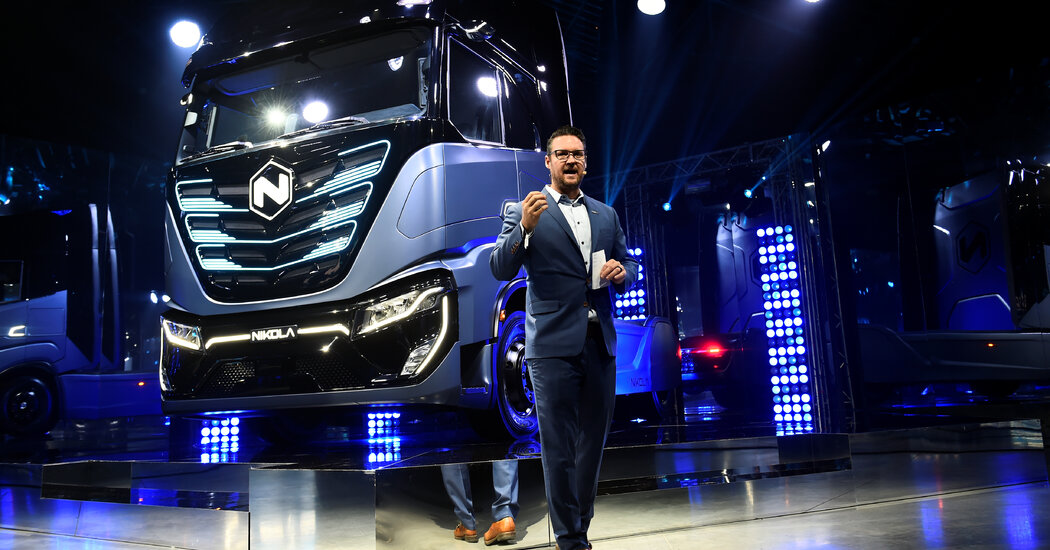 Less than two weeks after signing a $2 billion deal with General Motors, the founder of electric truck start-up Nikola Corp. stepped down amid claims that he had repeatedly lied about the company’s technology.

The resignation of Trevor Milton as executive chairman, announced late Sunday, came after the investment fund Hindenburg Research published a report accusing him of making numerous false assertions about Nikola’s technology, including once producing a video in which a truck was rolled down an incline to make it look like the company had developed a working prototype.

Hindenburg, a short-selling firm that said it was aiming to profit by betting Nikola’s share price would go down, called Nikola “an intricate fraud.” Its report appeared only days after the company and G.M. agreed to cooperate on production of battery-powered pickup trucks and hydrogen-powered heavy trucks.

Nikola, based in Phoenix, called the accusations by Hindenburg “false and defamatory” and said it would complain to the Securities and Exchange Commission. Nikola shares, which had jumped after the deal with G.M., lost 40 percent of their value after the Hindenburg report. On Monday morning, after the announcement of Mr. Milton’s resignation, the shares fell another 23 percent in premarket trading.

Mr. Milton said in a statement that “the focus should be on the company and its world-changing mission, not me. So I made the difficult decision to approach the board and volunteer to step aside.”

Stephen Girsky, a former vice chairman of G.M. and a member of Nikola’s board, will take over as chairman.

While denying Hindenburg’s accusations, Nikola acknowledged that a 2017 prototype truck that appeared in a promotional video was not operating under its own power. “Nikola never stated its truck was driving under its own propulsion in the video,” the company said in a statement. Nikola said it has since built fully functional models.

G.M. said this month that it would build pickup trucks for Nikola and provide battery pack technology in exchange for an 11 percent stake in the company valued at the time at $2 billion.