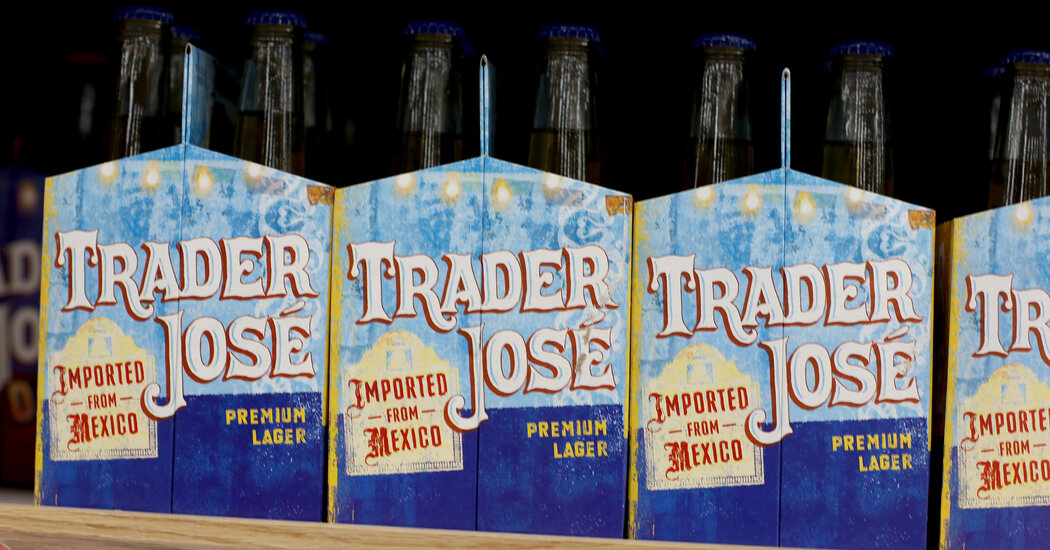 Weeks after admitting that some of its international-themed product labels might have fallen short of an “attempt at inclusiveness,” the grocery store chain Trader Joe’s is rejecting criticism of the labels — some with names like Trader José and Trader Ming’s — as racist.

After an online petition denounced the company’s use of labels such as Arabian Joe’s, Trader Giotto’s and Trader Joe San as racist because it “exoticizes other cultures,” Trader Joe’s announced that it would keep names that it felt still resonated with customers.

“We disagree that any of these labels are racist,” the company said in a statement on July 24. “We do not make decisions based on petitions.”

“We thought then — and still do — that this naming of products could be fun and show appreciation for other cultures,” it said.

Earlier in July, however, Kenya Friend-Daniel, the company’s national director of public relations, said the company was in the process of updating labels to bear only the Trader Joe’s name.

“While this approach to product naming may have been rooted in a lighthearted attempt at inclusiveness, we recognize that it may now have the opposite effect — one that is contrary to the welcoming, rewarding customer experience we strive to create every day,” the spokeswoman said in a statement on July 19. “With this in mind, we made the decision several years ago to use only the Trader Joe’s name on our products moving forward.”

On Saturday, she said that she had been referring to new products that the company introduced after 2017, not products that existed before then.

“We will continue to evaluate our products, as we always do, and if certain products/product packaging are not resonating well, changes will be made,” Ms. Friend-Daniel said.

Asked about the status of other product labels, Ms. Friend-Daniel said that “for the remaining products, we will change packages or discontinue products that do not resonate” with customers.

The spokeswoman added that labels such as Arabian Joe’s and Armenian Joe’s were no longer in use, and that the label Trader Joe San is currently used on only about three products.

Briones Bedell, who started the online petition that led to renewed scrutiny of the company’s labels, said on Saturday she was “honestly surprised” by the company’s comments.

“I see it to be a complete reversal to their previous commitment to removing the labels from the international foods,” she said.

With her petition, Ms. Bedell, 17, said she wanted to raise awareness of stereotypes that are of a piece with the larger discussions about race happening across the country.

“They rely only on characters and kind of vague ideas and not anything of actual substance or legitimacy,” Ms. Bedell said of the labels. “It becomes a tool of othering.”

Recently, major food companies have committed to re-examining their use of racist imagery after nationwide protests over police brutality. Quaker Oats said in June it would retire the Aunt Jemima name and image. Mars Foods followed suit only hours later, saying it would “evolve” the Uncle Ben’s rice brand.

According to Paul Andrew Galvani, an adjunct professor of marketing at the University of Houston, Trader Joe’s most likely issued its recent defenses after consulting with customers who are part of its target market — a common practice for retail businesses.

“If their consumers are suddenly up in arms and saying, ‘You know what, we’re not going to shop Trader Joe’s unless you change,’ then, like any sensible marketer, they’re going to look at that and say, ‘Well, when it starts to impact our bottom line, that’s when we may have to make a change,’” Mr. Galvani said.