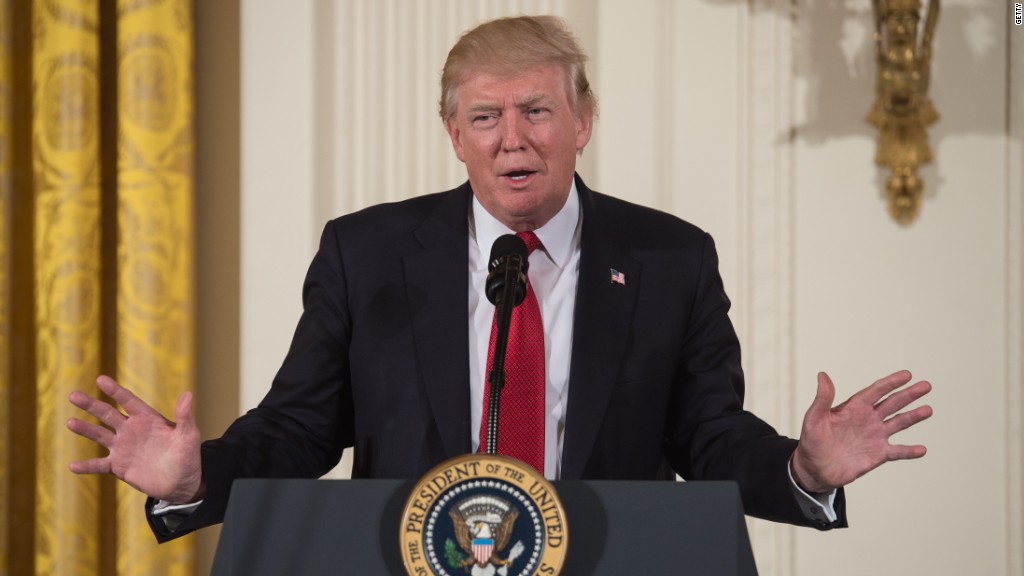 Many too-big-to-fail banks have grown even larger during the decade since the financial crisis.

The 2008 meltdown showed how big banks that get into trouble can hold the entire global economy hostage.

Hoping to avoid another round of unpopular bailouts, financial watchdogs have forced too-big-to-fail banks to make themselves less dangerous by adding lots of capital that safeguards against losses.

But regulators continue to monitor these financial institutions, creating a list of 30 “systemically important” banks that deserve extra scrutiny.

JPMorgan Chase (JPM) sits atop that list of banks that could threaten global stability, according to new rankings published on Tuesday by international regulators.

While JPMorgan has been required to take significant steps to make itself less risky, America’s leading bank has nonetheless gotten much bigger over the past decade.

JPMorgan has amassed an incredible $2.56 trillion in assets. That’s nearly twice as much as at the end of 2006 when the subprime mortgage bubble was beginning to burst. A chunk of JPMorgan’s growth is due to its government-backed rescues of failing Bear Stearns and Washington Mutual.

Bank of America (BAC) and Deutsche Bank are ranked one level below JPMorgan on the “systemically important” list published by the Financial Stability Board. BofA’s asset footprint has soared by 56% since the end of 2006 to $2.28 trillion. Deutsche Bank’s (DB) asset size has increased by 21% over that span.

Wells Fargo (WFC), which acquired failing Wachovia during the financial crisis, is sitting on $1.93 trillion. That’s up nearly 300% since the end of 2006.

Big banks in China are also growing at a rapid pace. China’s four systemically important banks have more than tripled their asset sizes over the last 10 years, according to S&P Global Market Intelligence. Industrial and Commercial Bank of China (IDCBF) is the world’s largest bank, with $3.76 trillion in assets.

“If and when another crisis hits, the biggest players will be far larger than they were in the last crash,” S&P Global Market Intelligence wrote in a report.

Of course, not all banks have gotten bigger over the last decade. Citigroup (C), one of the most troubled U.S. banks to survive the last crisis, has held steady at roughly $1.9 trillion in assets. Royal Bank of Scotland (RBS), which remains majority-owned by the U.K. government, has shrunk by three-quarters from its 2007 peak.

Despite their growing size, big banks are considered much healthier than a decade ago. They’ve raised more than $1.5 trillion in capital since the crisis, giving them vast resources to cushion losses in a future crisis. U.S. banks are considered particularly sturdy given the 2010 Dodd-Frank Wall Street reform law that required banks to raise capital, undergo stress tests and come up with a roadmap for how to safely unwind them.

“I am gratified that the financial system is much stronger than a decade ago, better able to withstand future bouts of instability,” Federal Reserve chair Janet Yellen wrote in a letter resigning from the U.S. central bank on Monday.

Yellen has argued that the reforms mandated by Dodd-Frank made the U.S. economy and banking system more resilient.

Related: Trump kills rule that made it easier to sue banks

As a candidate, President Trump slammed Wall Street firms like Goldman Sach (GS)s for “getting away with murder.” He also promised to bring back Glass-Steagall, a Great Depression-era law that would force mega banks to break themselves apart.

But now Trump has embraced deregulation. He’s pledged to “do a big number” on Dodd-Frank, slamming the law as a “disaster” that has hurt the economy by limiting access to loans.

In June, the Treasury Department published a series of recommended changes to regulation aimed at speeding up the economy and preventing “taxpayer-funded bailouts.”

The Treasury paper blames the existence of mega banks on regulation, saying excessive rules encourage banks to get bigger so they can spread their costs to a large number of customers. It called for “eliminating regulation that fosters the creation…of too-big-to-fail institutions.”