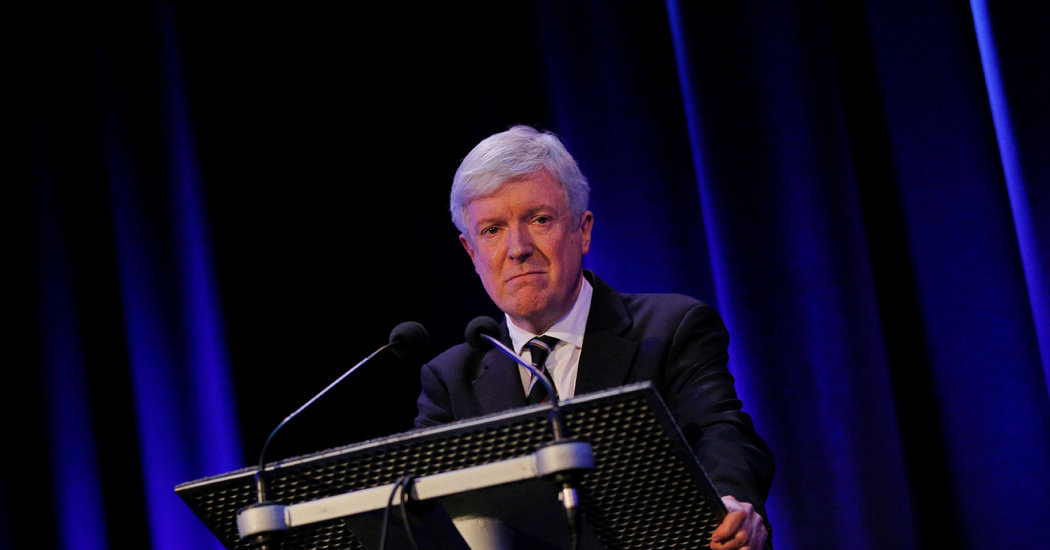 LONDON — After leading the British Broadcasting Corporation for seven years, Tony Hall said on Monday that he would resign this summer, an unexpected announcement that made no mention of the gender pay-gap scandal that has dogged the institution in recent years.

“If I followed my heart I would genuinely never want to leave,” Mr. Hall, 68, said in an email to BBC employees on Monday. “However, I believe that an important part of leadership is putting the interests of the organization first.”

Explaining his decision to leave the post of director general, Mr. Hall pointed to a review of the BBC’s performance by lawmakers in 2022, and said that its charter would be up for renewal in 2027. He stressed the importance of having the same leader for both events.

His resignation comes less than a month after the BBC lost a high-profile court case over pay disparity: Samira Ahmed, a well-known female TV host, sued the broadcaster for 700,000 pounds, or about $915,000, in back pay after she learned a male colleague doing similar work was paid more than six times as much. In 2018, the BBC apologized to a former China editor, Carrie Gracie, and said it would provide backdated wages after she quit over unequal pay.

The broadcaster has also faced charges of bias from the new Conservative government. Some lawmakers have taken aim at the BBC’s main source of funding: the £154 annual license fee charged to all television viewers across the country.

“I think the BBC is in some turmoil over its election coverage,” Roy Greenslade, a professor of journalism at City University of London and a media commentator for The Guardian, said in a phone interview. “I don’t know whether that had any impact on Tony’s decision to go, but I’m sure he has picked up the unusual level of criticism.”

Critics have asked for years why the BBC is allowed to use taxpayer money as it competes with private broadcasting companies. Before the general election in December, Prime Minister Boris Johnson questioned whether the model “still makes sense in the long term given the way that other organizations manage to fund themselves.”