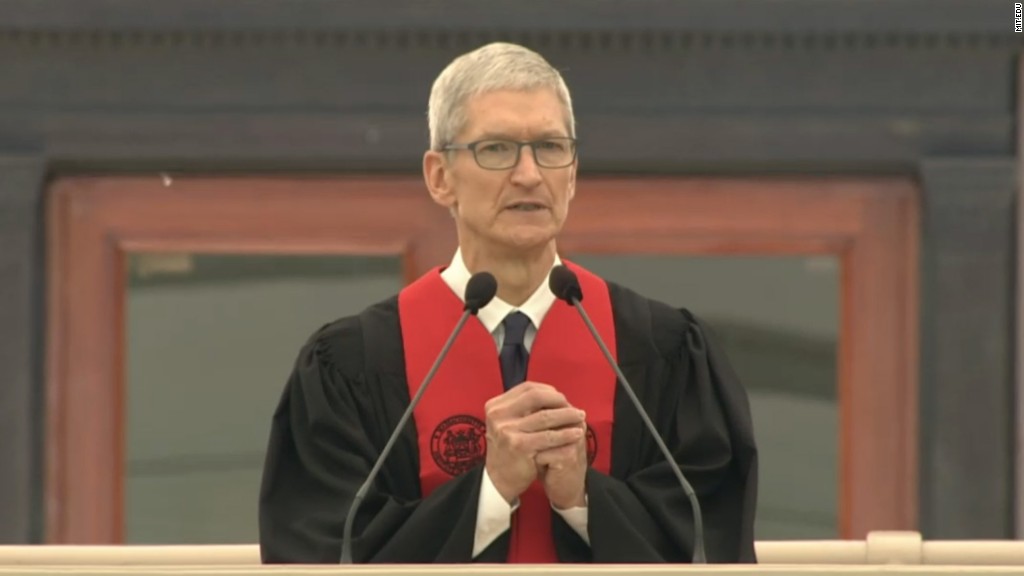 In a tweet posted on Tuesday morning, the Apple CEO said: “Wishing everyone a happy #Independence Day!” followed by a quote from Franklin D. Roosevelt: “Remember always that all of us … are descended from immigrants and revolutionists.”

The quote is from a 1938 speech to the Daughters of the American Revolution, according to the American Presidency Project.

Cook, along with many other tech CEOs, has been campaigning against the ban.

Wishing everyone a happy #Independence Day! 🇺🇸 “Remember always that all of us … are descended from immigrants and revolutionists.” -FDR

Shortly after the Trump administration put the first version of the ban in place in January, Cook assured Apple employees that the company does not support Trump’s policy, and is prepared to lend them aid.

“Apple would not exist without immigration, let alone thrive and innovate the way we do,” he said.

It’s not the first time Cook has been outspoken about social issues. He has in the past talked about the importance of LGBT rights, philanthropy, corporate diversity and renewable energy.

He has expressed his disappointment with Trump’s decision to pull out of the Paris climate accord. He said he lobbied the White House to stay in the agreement.