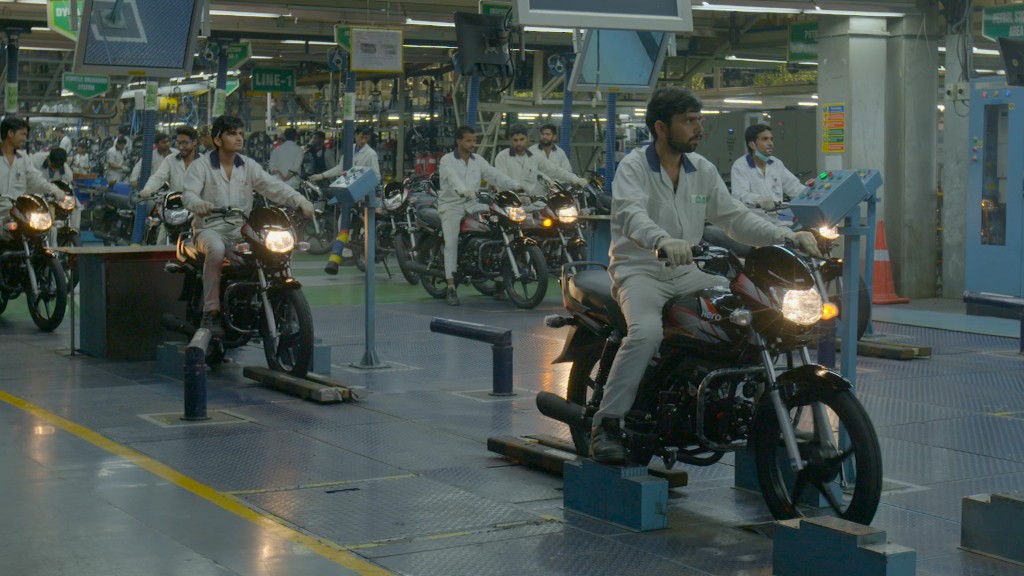 An iconic American brand is setting up shop in India.

Jeep officially launched its first vehicle produced in India — the 2017 Compass — at an event in Mumbai on Monday.

The Compass started rolling off the assembly line near Pune, a city known for its automobile manufacturing, in June. Some of the vehicles produced there will be exported to other right-hand-drive markets including Australia and Japan.

The Compass marks a major new commitment for Jeep in India. It already sells Wrangler and Cherokee models in the country, but those vehicles are imported from the United States.

“It is expanding into the world’s largest markets such as India that is fueling our growth and accelerating our expansion,” Paul Alcala, who heads the company’s operations in Asia, said during Monday’s launch.

Jeep parent company Fiat Chrysler (FCAU) said it has received more than 5,000 pre-orders for the Compass in just over a month.

Its decision to manufacture the popular SUVs in India underscores the battle for investment being waged by national governments.

President Trump has targeted American companies — including several automakers — who manufacture their products overseas, exhorting them to “Buy American, Hire American.” Fiat Chrysler has committed to investing $1 billion and creating 2,000 new jobs in the U.S., but the plan was in place before Trump took office.

Trump is not the only one to push. U.S. firms including tech giant Apple and defense manufacturer Lockheed Martin have answered Indian Prime Minister Narendra Modi’s call to “Make in India.”

The world’s top automakers have been making a beeline for India, which sold nearly 3 million passenger vehicles last year and is poised to overtake Japan as the world’s third-largest car market by 2020. Top global brands like Volkswagen, Peugeot, Citroen, Toyota and Kia have all stepped up their presence in the country over the last several months.

In November, Jeep rival Ford (F) announced it would start shipping its EcoSport SUV from India to the U.S.

The gains, however, have been uneven. General Motors decided to stop selling its cars in India earlier this year but will continue to export Indian-made vehicles to Mexico, South America and Central America.