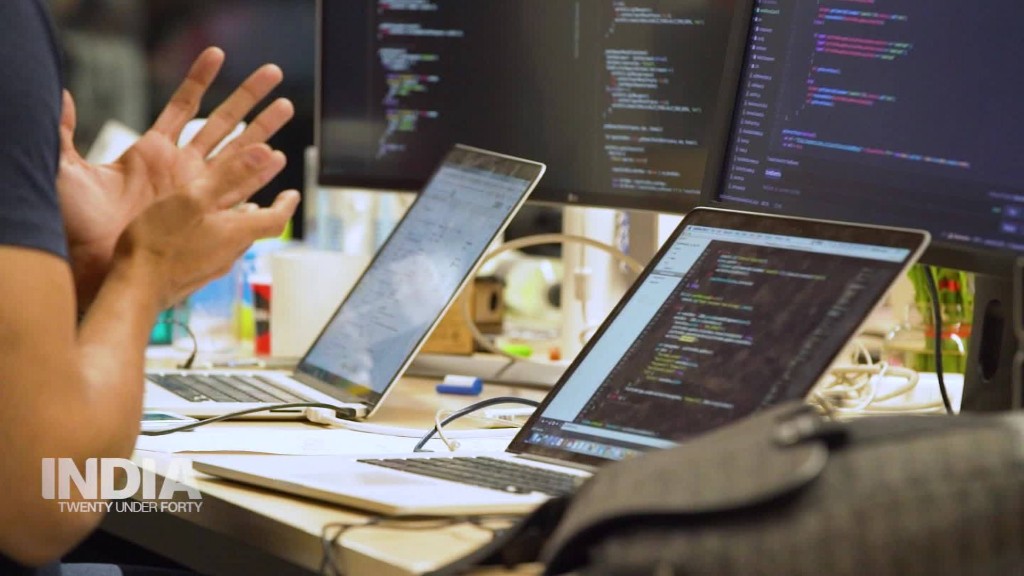 India is witnessing an unprecedented internet boom, and Kavin Bharti Mittal is making the most of it.

Mittal, the 29-year-old son of an Indian telecom tycoon, set up messaging app Hike in 2012 after realizing how confusing the internet could be for first-time users.

“In a market where a billion people are coming online for the first time … the internet can seem like the wild, wild west,” said Mittal. “We really believe messaging plays a very large role in making the internet more a fun and simple place.”

Around 900 million Indians still don’t have internet access. That will change for many of them over the next decade, most likely through smartphones — and that’s where Hike hopes to catch them.

As well as sending messages on their phones, its users check cricket scores, read the news and make payments.

Related: A huge wave of new users is killing 4G speeds in India

Hike’s user base is still dwarfed by those of messaging giants like WhatsApp. The Facebook-owned messaging service is hugely popular in India: around 200 million of its more than 1 billion users are in the country.

Mittal says there’s enough room in India for everyone to grow.

With the backing of his father’s telecom firm and other big investors, he’s made a strong start.

But what really sets Hike apart, Mittal says, is its familiarity with the local market.

The app is probably best known for its wide array of over 15,000 stickers that users can send each other, featuring images ranging from Indian festival greetings to Bollywood stars, and even Game of Thrones characters.

Hike users send each other over 300 million stickers a day, in addition to the 40 billion text messages they share on the platform.

“One of the biggest things we tackled very early on was localization,” Mittal said. “We believe India is a country of 20-plus countries.”

India’s dozens of regional languages pose a challenge that global tech giants like Google (GOOG), Facebook (FB, Tech30) and Microsoft (MSFT, Tech30) are all wrestling with.

Many people use Hike’s stickers to communicate instead of messing around with clunky local-language keyboards.

Mittal sees the difficulties of the Indian market as an opportunity.

“The most exciting thing? … We can do things here in a way they’ve not been done before anywhere else,” he said.