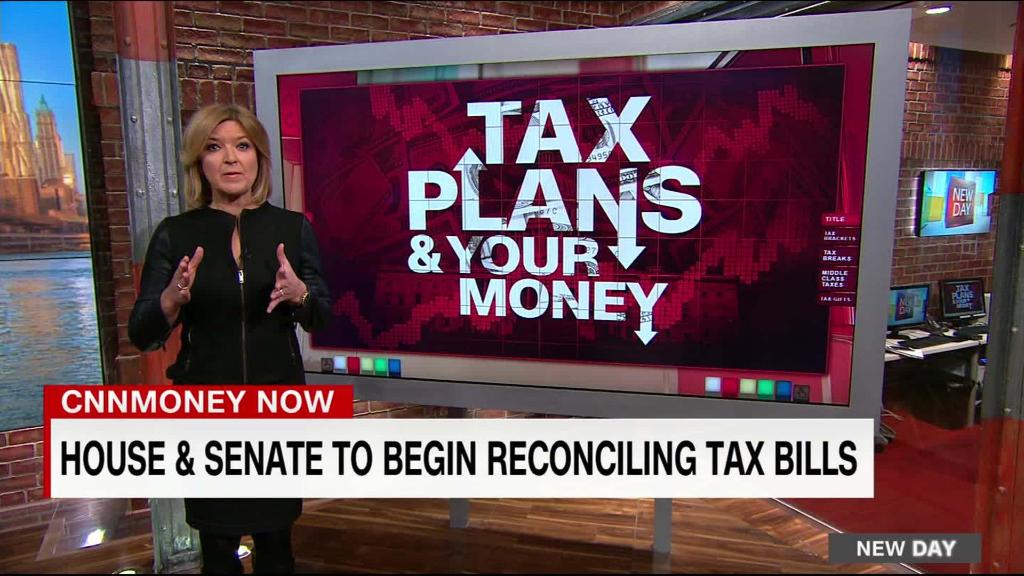 As lawmakers attempt to reconcile the House and Senate tax bills before Christmas, they’ll be forced to take a hard look at some higher education tax breaks.

The House bill eliminates benefits to taxpayers who are paying off their student debt or currently paying tuition for themselves or their children. It would also start taxing tuition waivers received by many graduate students.

It’s an effort to pay for tax cuts in other places of the bill, and simplify the tax code. Republicans have said the current education tax benefits are “so complicated that they are ineffective because many taxpayers cannot determine the tax benefits for which they are eligible.”

The Senate bill, on the other hand, doesn’t make any of these changes.

On Wednesday, the Senate Committee on Finance issued a statement about how it would maintain provisions for students because “higher education has never been more important.”

If losing some of these benefits affects you, it doesn’t necessarily mean your overall tax bill will go up. There are many more differences between the House and Senate bills that need to be reconciled. And both bills call for expanding the standard deduction, which could offset the loss of other deductions and credits, said Dana Vosburgh, Director of Family Wealth Management at Manning & Nappier.

Now Republican leaders appoint conferees to hash out the differences in the plans. They must reconcile the two bills into one, which would then go before each chamber for a final vote.

Here’s a rundown of the key differences between the House and Senate bills that would affect Americans paying for a college education:

Currently, you can use the student loan interest deduction to lower your taxable income by as much as $2,500. The House bill eliminates the deduction, but the Senate bill keeps it in place.

About 12 million people benefited from this tax break in 2015. It can be claimed without itemizing your taxes, but it’s only available to certain borrowers, depending on their income.

The deduction saves taxpayers as much as $625 a year, though most see a smaller benefit.

There are about 145,000 graduate students who don’t have to pay for tuition because their college offers them a tuition waiver.

The award is currently tax-free as long as the student does research or teaches for the university. But the House bill would tax the amount of the tuition waiver. The Senate bill would leave it untaxed.

Related: Why the House tax plan could crush grad students

About 60% of students who receive a tuition waiver are studying science, technology, engineering or math. A little more than half are Ph.D. students and the remaining are pursuing a master’s or other kinds of professional degrees.

Some colleges offer employees free tuition for themselves, their spouses, or their children. That award is currently tax-free, but would be taxed under the House bill. The Senate bill leaves it alone.

Currently, you’re allowed to receive up to $5,250 tax-free from your employer to help pay for tuition. About half of employers offer the benefit, according to the Society for Human Resource Management.

The House bill would repeal this exclusion, but the Senate bill keeps it in place.

Currently, students — or their parents — paying for college tuition can claim the American Opportunity Credit worth up to $2,500 annually for their first four years.

The House bill would expand the credit so that people can claim it for their fifth year of college, but at a reduced benefit. The Senate bill would keep the credit as it is.

But the House bill would also eliminate the Lifetime Learning Credit, which is currently available to those who take longer than four years to finish school, or go to graduate school.

It’s a smaller benefit and is available to people under a lower income cap, but it can be claimed for each year you’re enrolled in college.

The Senate bill would keep the Lifetime Learning Credit in place.

What about the tuition tax deduction? In previous years, you were allowed to deduct up to $4,000 for tuition and fees if you weren’t eligible for the American Opportunity or Lifetime Opportunity credits. But it’s no longer available. Congress let it expire this year.

There’s nothing to reconcile here. Both the House and Senate bills would expand the benefit of 529 savings accounts so that the money saved could be used to pay for both college and private K-12 education.

Currently, money invested in a 529 grows tax-free but can only be used for college expenses.

The bills would eliminate Coverdell Education Savings Accounts, which are currently available to parents who want to save for their child’s private elementary or high school education. But contributions to a Coverdell are limited to $2,000 annually.