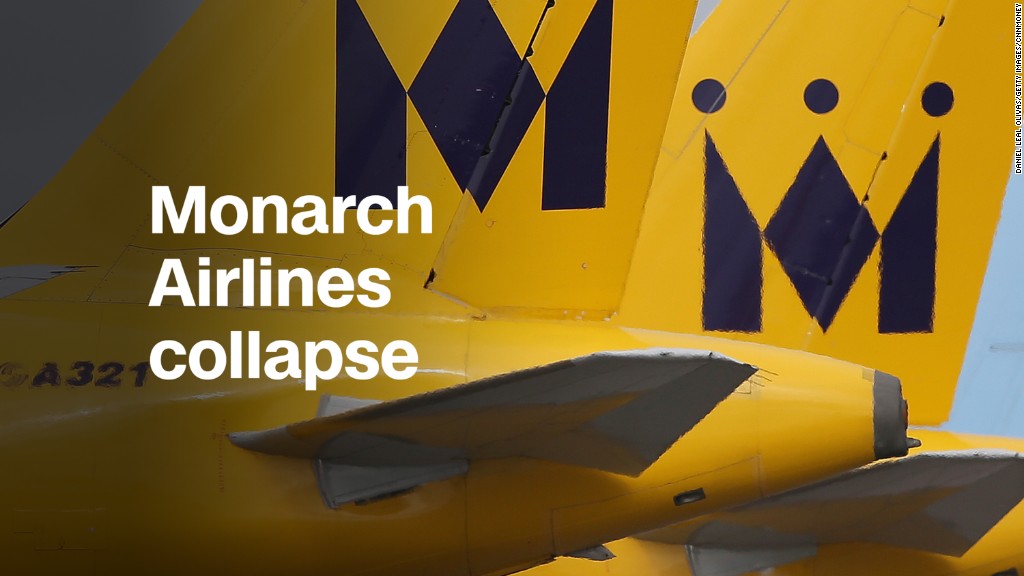 It’s either feast or famine for European airlines.

Shares in Air France KLM (AFLYY) have boomed by 146% since January. German rival Deutsche Lufthansa (DLAKY) has seen its stock surge by 105% over the same period, while British Airways owner International Airlines Group (ICAGY) (IAG) has rallied by 47%.

The success of big, established airlines comes as smaller operators are getting crushed.

U.K. budget airline Flybe is the latest to feel the pain. Its shares dropped 20% on Wednesday after it warned that unexpectedly high costs would hurt profits in the first half of the year.

Analysts say that a number of factors are driving the divergence, including a vicious price war waged by low-cost European airlines such as Ryanair (RYAAY) and EasyJet (ESYJY) that has kept ticket prices low for short-haul flights.

“We are in the middle of one of the most punishing airline ticket price wars that we’ve seen in decades,” said Ken Odeluga, an analyst at City Index. “While that’s ongoing, the major flag carriers will look more attractive.”

Related: Italy puts its national airline up for sale. Does anyone want to buy it?

Established carries are simultaneously benefiting from growth in their specialty: long-haul flights.

Air France KLM said the number of passengers on longer flights increased 4% over the first three quarters of 2017. The airline makes twice as much revenue from long-haul flights as it does from shorter journeys.

Lufthansa and IAG don’t offer a similar breakdown, but both are carrying more passengers overall. Total trips are up 18% at Lufthansa and more than 3% at IAG over the same time period.

There is a third factor driving their success: Alliances between big carriers are paying dividends.

Air France KLM has signed a $1.2 billion deal with three other global airlines — Delta (DAL), China Eastern (CEA) and Virgin Atlantic — to create a virtual super-airline with a huge number of long-haul flights.

Lufthansa is part of the Star Alliance, which offers connections across the Atlantic via United Airlines.

Mark Simpson, an airline analyst at Goodbody Stockbrokers, said the loss of smaller competitors will help remaining airlines. He said larger carriers are now in a “virtuous circle” of rising profitability.

Lufthansa has signed a deal to buy parts of Air Berlin, and the carrier has also expressed an interest in buying assets from Alitalia.

Yet there are risks that could disrupt the “virtuous circle.”

Brexit is one. If Britain crashes out of the European Union in March 2019, the aviation industry could face severe disruptions including tens of thousands of canceled flights.

Terrorism could also scare away tourists from European destinations.

A series of deadly terror attacks in Paris resulted in a huge slump in tourism numbers in 2016, with international arrivals dropping by almost 9%.