And so far this year, all three stocks have clearly outperformed: 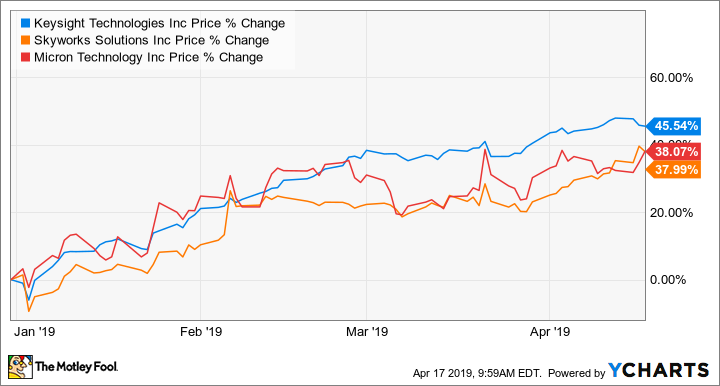 Last year, Skyworks, Micron, and Keysight were on track to take advantage of different facets of the 5G revolution, but after their impressive run over the past few months, are they still a good bet for investors looking to jump onto the 5G bandwagon? Let’s find out.

Skyworks Solutions gets a huge chunk of revenue by selling connectivity chips to smartphone suppliers, but that business isn’t in the best shape. Weak demand for Apple ‘s iPhones and a shrinking Chinese smartphone market will likely result in double-digit declines in Skyworks’ top and bottom lines in the fiscal second quarter, which concluded in March.

The bad news for Skyworks is that the Chinese smartphone market is expected to contract once again in 2019, according to IDC. Credit Suisse , on the other hand, anticipates a 12.4% drop in iPhone sales this year after last year’s 3.2% decline. All this doesn’t paint a good picture for the chip supplier, but there are other good reasons to hold onto the stock.

The first one is valuation. Skyworks still trades at just 12.6 times trailing earnings despite its impressive rally. And the company can take advantage of the 5G rollout in more ways than one.

Similarly, sales of 5G-enabled smartphones will hit critical mass soon enough. IDC expects 5G smartphone shipments of 6.7 million units this year, which will eventually rise to more than 401 million in 2023 and drive the next round of growth in the smartphone industry.

Skyworks is ready to make a dent in the market for 5G smartphone chips. It has already launched solutions to reduce the power consumption of 5G-enabled devices, so it wouldn’t be surprising to see its existing smartphone customers lining up to buy those chips as 5G devices are rolled out.

Micron Technology has been in a tough spot, too, thanks to oversupply in the memory industry, but the stock has bounced back impressively in 2019 as the market expects industry demand to hit bottom soon. However, there are other challenges that Micron faces, such as weak PC shipments, tempered data center demand, and the smartphone slowdown, but 5G could change the demand-supply balance in its favor.

When compared to 4G, 5G will bring about a massive improvement in data speeds, and data centers will have to be upgraded to handle the increased bandwidth. This is because 4G requires a 1-gigahertz frequency spectrum, while 5G will need a frequency spectrum between 28 and 39 gigahertz.

Micron has already launched data center-specific SSD solutions to tackle big data applications, including artificial intelligence and machine learning. This will help it take advantage of the anticipated boom in the SSD space. According to Research and Markets, SSD sales will reach nearly $61 billion in 2023, a jump from $26 billion a couple of years ago.

This catalyst could ease the oversupply in the memory market. Investors who are willing to wait out the near-term troubles at Micron should consider taking advantage of its similarly low valuation so they can benefit from the 5G boom. 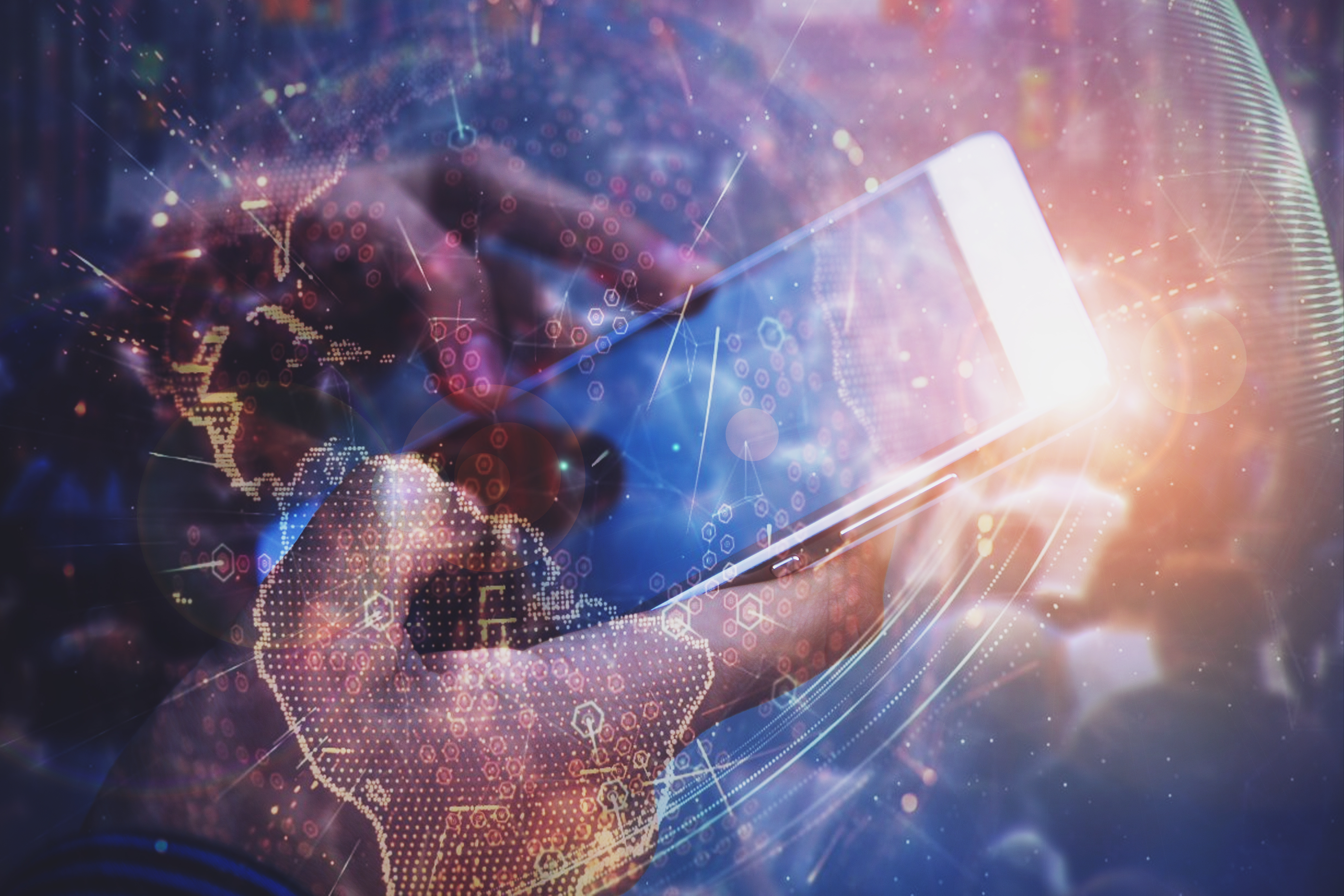 Keysight will play a critical role in 5G’s growth

Keysight Technologies looks like a steal when considering that it trades at just under 28 times trailing earnings but is delivering impressive growth. The company’s fiscal first-quarter revenue was up 20% year over year, and its business could pick up momentum as 5G deployments gain pace.

Keysight provides network test equipment to telecom operators and other original equipment manufacturers (OEMs), allowing them to improve their time to market when rolling out 5G equipment. The good news for Keysight investors is that demand for 5G test equipment could rise further as more telecom carriers jump into the fray.

According to one estimate, the wireless network test equipment market will grow nearly 50% from $3.2 billion last year to $4.7 billion in 2023. Also, Keysight will benefit from the proliferation of 5G base stations, whose deployments will overtake that of LTE base stations by 2022. That’s because the company launched a manufacturing test solution for 5G base stations last October that will help networking OEMs reduce 5G’s time to market.

Given the 5G-related catalysts Keysight is sitting on, it isn’t surprising to see why analysts expect its earnings growth to gain momentum in the coming years. With a forward price-to-earnings ratio of less than 23 times, Keysight is still a solid bet, even though its shares have gained nearly 50% year to date.

The 5G wireless network boom is just getting started. This is why it’s a great time to consider the likes of Skyworks, Micron, and Keysight, and the potential gains they could score from this opportunity.

10 stocks we like better than Skyworks Solutions
When investing geniuses David and Tom Gardner have a stock tip, it can pay to listen. After all, the newsletter they have run for over a decade, Motley Fool Stock Advisor , has quadrupled the market.*

David and Tom just revealed what they believe are the ten best stocks for investors to buy right now… and Skyworks Solutions wasn’t one of them! That’s right — they think these 10 stocks are even better buys.