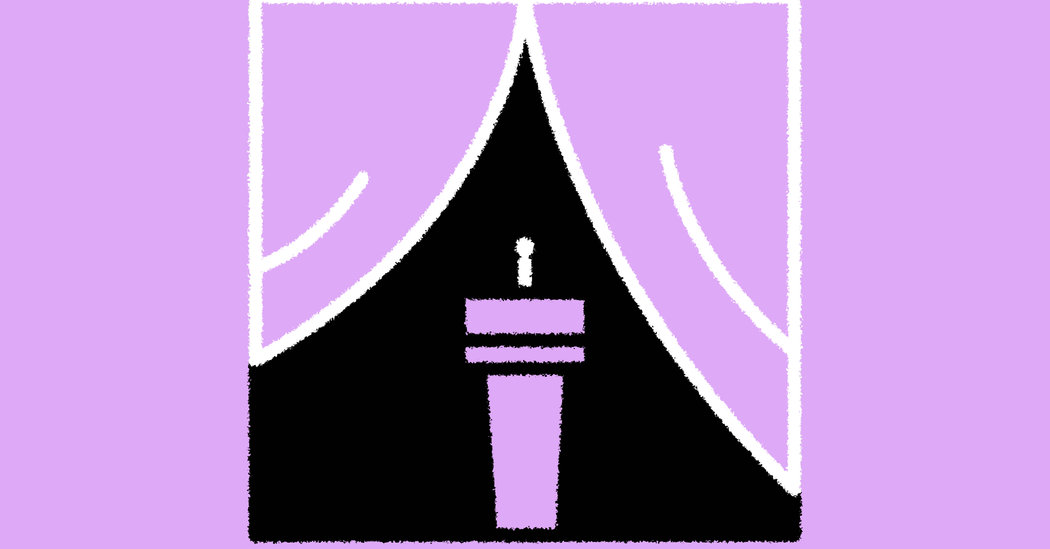 Good morning from the coronavirus time warp, where case numbers go in the wrong direction at a record clip and testing falls short yet again. But at least we have Storm King back! (And Disney World, yikes.) Here’s what you need to know for the week ahead in business and tech news.

The United States has spent the past two weeks breaking records for new coronavirus cases, mostly driven by Southern states that lifted their lockdown rules the quickest (and have now paused or reversed those plans). Death rates are also rising again. It’s a bleak sign that the country is a long way from controlling the virus, let alone recovering from it economically. And the consequences are already looking dire. Airlines warned this past week that they could lay off or furlough tens of thousands of employees in October, despite billions of dollars in government aid, because air travel isn’t picking up anytime soon. And Wells Fargo, the largest employer among American banks, is preparing to cut thousands of jobs later this year, too.

In the past few weeks, Facebook has grappled with an advertiser boycott over its treatment of hate speech, an employee protest over how it handled inflammatory posts by President Trump and a disastrous civil-rights audit (by people the company handpicked!) that found the platform’s algorithms and policies at fault for deepening social divisions, spreading misinformation, aiding election interference and fueling harassment of marginalized groups. The company’s two top executives, Mark Zuckerberg and Sheryl Sandberg, tried to do damage control by meeting with civil rights leaders on Tuesday and promising to take steps to “keep hate off of our platform.” But critics were unconvinced, and the ad boycott continues.

Joe Biden, the presumptive Democratic nominee for president, put forth a moderate, populist plan for the economy on Thursday that aligned with his new campaign slogan, “Build Back Better.” With the goal of creating five million additional American jobs, he proposed incentives to “Buy American,” spur domestic innovation and reduce dependency on foreign manufacturing. Progressive Democrats were disappointed with his ideas, which don’t sound all that different from Mr. Trump’s. But polling also shows that many Americans approve of Mr. Trump’s handling of the economy, even if they don’t otherwise like him.

And the Winner Is …

President Trump lost a major, yearslong legal battle to shield his financial records from New York prosecutors on Thursday. The Supreme Court rejected Mr. Trump’s defense that, as a sitting president, he is immune from producing evidence in a criminal proceeding. His records have been subpoenaed as part of an investigation into his role in hush-money payments made during his 2016 election campaign. But the ruling also handed Mr. Trump a victory, as it allows him to keep fighting the scope and relevance of the subpoena in lower courts (just not using the “I’m the president” defense). That litigation will almost certainly drag on past the November election.

Stuck With the Bill

The Supreme Court also ruled last week that employers could opt out of paying for their workers’ contraception because of “sincerely held moral convictions.” The decision upheld a Trump administration regulation that limited coverage for birth control under the Affordable Care Act. Beyond preventing unplanned pregnancies, many women use birth control to treat health conditions like endometriosis and polycystic ovary syndrome. Without mandatory coverage, as many as 126,000 women will have to pay for treatment out of pocket. What’s more, 23 businesses and organizations filed a “friend of the court” brief pointing out that the decision could hurt the economy because it threatens Americans’ ability to plan their families and careers.

It’s worth considering how the United States’ efforts compare with other countries’ post-shutdown recovery plans, and the British government has developed an interesting one. Britain’s chief finance minister said last week that its stimulus initiatives will include tax cuts, employment coaching and even a 50 percent customer discount at restaurants and pubs. He also confirmed that the country’s popular furlough program, which has paid up to 80 percent of the wages of 9.4 million workers since March and kept the country’s unemployment rate at 3.9 percent, will end in October. Subsequent layoffs are inevitable — and some have already begun — but employers will receive 1,000 euros (about $1,259) for each worker they hire back through the end of January.

The 200-year-old American retailer Brooks Brothers has filed for bankruptcy. The Trump administration may ban TikTok, a popular social media platform owned by a China-based company. And Sweden’s laissez-faire strategy for handling the coronavirus — once seen as an intriguing alternative to the shutdowns deployed by many countries — hasn’t spared lives or its economy.

Was this newsletter forwarded to you? Sign up here.