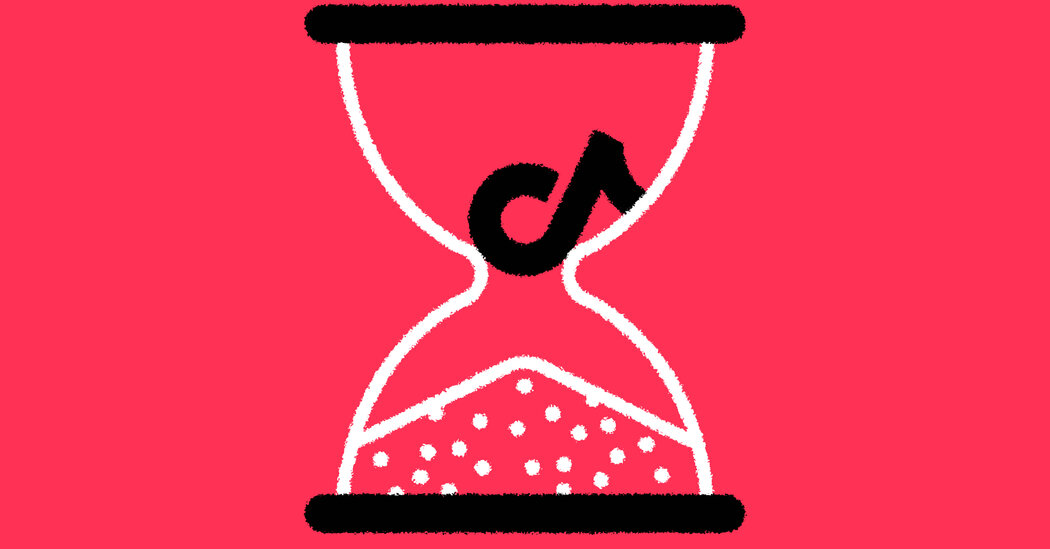 If, like me, you’re deeply anxious about Tuesday’s presidential debate, here’s a distraction: all the business and tech news you need to know for the week ahead. Enjoy the rest of your Sunday. — Charlotte Cowles

It’s been a month of constant drama for the Chinese video app TikTok, which remains mired in tensions between Washington and Beijing. First, TikTok succeeded in pushing off a ban in the United States — temporarily — by agreeing to sell a portion of its U.S. operations to two American companies, Oracle and Walmart. President Trump “blessed” the deal on Sept. 19, but then reversed course on Monday when it became clear that no one was on the same page. TikTok’s parent company, ByteDance, said it would retain a majority stake in the app, disputing Mr. Trump’s demand that it cede all control. Adding even more confusion, the deal still needs to pass muster with China’s government, which is looking unlikely. At this point, TikTok is once again cruising toward a ban (again) this Sunday night unless it wins an injunction against the Trump administration’s order.

Another Stab at Stimulus Measures

Treasury Secretary Steven Mnuchin said that he and Speaker Nancy Pelosi had agreed to resume talks on another economic relief package. But similar negotiations have had multiple false starts in Congress, and lawmakers are pessimistic that this round will fare better. One thing most people can agree on, though, is that more stimulus is needed. New unemployment claims rose again last week, a sign that layoffs are continuing at a high rate even six months into the pandemic. The latest jobs data, coupled with recent market volatility and grim outlooks from the Federal Reserve and analysts at Goldman Sachs, suggest that the summer’s economic rebound is losing steam.

A Drone in Your Home

Amazon isn’t just creating drones to deliver your packages — it also wants you to buy one for your house. This past week, the company unveiled the Ring Always Home Cam, which functions like a flying security camera when you’re not around. (As if we leave our homes these days!) But the $249 device also raises questions about who (or what) we should be protecting our homes from. Critics point out that Big Tech’s troubled history with privacy breaches doesn’t exactly inspire trust — should we really give Amazon another window into our personal lives? And how long will it be until the drone notices that you’re also out of toilet paper and suggests that you order more?

The Debates Are Nigh

The first debate for the 2020 presidential election takes place Tuesday, moderated by the “Fox News Sunday” anchor Chris Wallace. Expect Mr. Trump to play up one area where he consistently leads Joe Biden in the polls: the economy. Despite the country’s high unemployment rate, more Americans say they trust Mr. Trump on economic issues than they do his rival. In an effort to win over critical votes, Mr. Biden has been pushing his plan to “build back better” through tax incentives for companies to hire American workers and buy American goods.

Get the Lawyers Ready

The pitchforks are coming for Big Tech. Google is facing the possibility of multiple antitrust lawsuits from state governments that are investigating whether the search engine directs users back its own services (or those of its advertisers), hurting other businesses unfairly. And the Justice Department is looking to chip away at a decades-old law that effectively gives legal immunity to online platforms for how they host and moderate user-generated content. (Mr. Trump led this charge after Twitter posted warning labels on several of his tweets that violated the company’s policies against misinformation and glorifying violence.) Finally, a group of smaller apps have banded together to fight Apple and Google, accusing them of monopolizing the market.

Brexit on the Rocks

The final round of Brexit talks between Britain and the European Union will take place in Brussels this week — but take that with a grain of salt. If Brexit has taught us anything, it’s that these negotiations have a way of dragging on, and the agreement is still in shaky territory. (The British government has already acknowledged that the current deal violates international law, which isn’t a good sign.) And Parliament has been preoccupied with other pressing matters, like passing a new wage-support program to help workers who are struggling to stay afloat during a second wave of coronavirus cases.