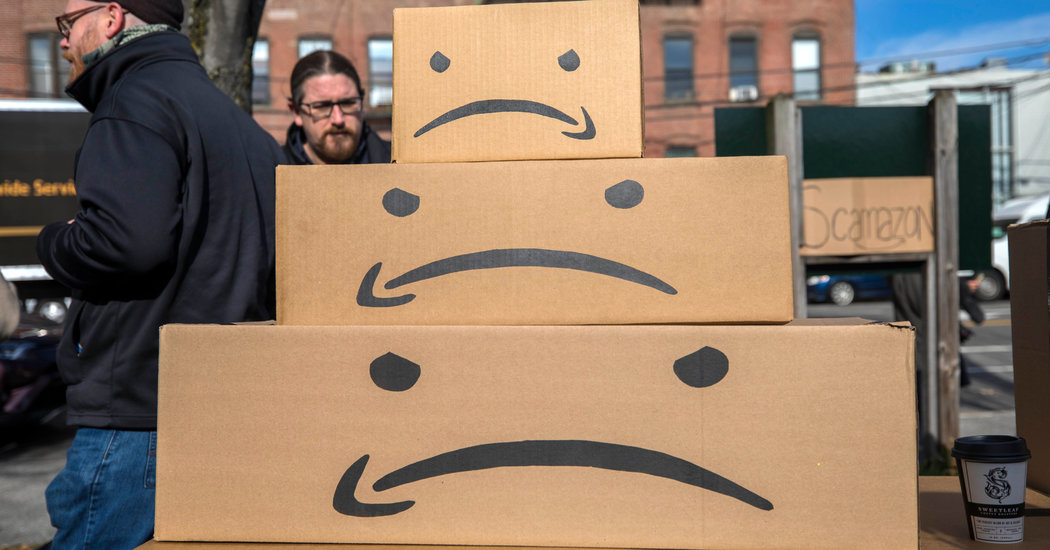 Amazon’s surprise announcement on Thursday that it was canceling its planned expansion to a new corporate campus in New York was greeted with celebration by local activists and politicians who had opposed the deal, and frustration by local officials — and more than a few real estate agents in Queens — who had eagerly anticipated an influx of well-compensated tech workers.

For some, Amazon’s decision will represent a political failure, in which officials and local labor leaders blew a once-in-a-decade chance to bring thousands of high-paying jobs to New York.

For others, it reflects the hubris of one of the world’s most valuable companies, which sought billions of dollars in tax incentives it didn’t need, and then got cold feet when local organizers and officials objected to that largess.

But more than anything, the battle poses a challenge to one of Amazon’s bedrock beliefs: that being loved by customers is all that matters.

By any measure, Amazon is one of the most popular companies in the world. It consistently ranks atop lists of Americans’ favorite brands, and its obsessive focus on customer satisfaction has created a generation of consumers who can’t imagine shopping anywhere else.

Amazon is also overwhelmingly popular in New York, where polls have consistently shown that a majority of city residents supported the company’s planned Queens expansion.

Amazon acted as though its popularity — and its early support from key politicians, including Gov. Andrew Cuomo and Mayor Bill de Blasio — would clear a path to political concessions. But the company miscalculated the power of local organizers, who turned what might have been a straightforward construction project into an all-out political brawl. Amazon was caught flat-footed by the opposition, and belatedly mounted a charm campaign, taking out full-page newspaper ads and sending mailers to Queens residents in support of the deal.

In the end, confronted with a choice between fighting and fleeing, Amazon packed its bags.

“This is a case of significant political malpractice, more than anything else,” said Bradley Tusk, a venture capitalist and former campaign manager for Mayor Michael Bloomberg.

Mr. Tusk, who now acts as a “fixer” for technology companies looking to break into regulated markets, said that Amazon’s response to local opposition was a tone-deaf misstep.

“Amazon did not understand the local politics on the ground at all,” he said. “They just took Cuomo’s word for it that everyone would be supportive.”

Amazon, which says it still plans to expand in Northern Virginia and Nashville as originally planned, blamed a small but vocal minority for sabotaging the deal.

“While polls show that 70 percent of New Yorkers support our plans and investment, a number of state and local politicians have made it clear that they oppose our presence and will not work with us to build the type of relationships that are required to go forward with the project,” the company said in a statement.

Meanwhile, Mr. de Blasio characterized Amazon as a thin-skinned weakling, saying in a statement that “you have to be tough to make it in New York City.”

This fight echoed the political drama surrounding two other tech companies that had difficulty breaking into city politics: Uber and Airbnb, which faced early political opposition despite broad popularity with customers.

Several years ago, in response to a regulatory crackdown that threatened to crush its business model, Uber built a political war machine, hiring armies of lobbyists and political consultants — including Mr. Tusk — to make its case to officials across the country. It enlisted users, too, putting customized icons inside their Uber apps and urging them to petition City Hall for a reprieve. Airbnb used the same tactics, mobilizing its users in the cities where it faced restrictive regulations.

Amazon certainly knows how to fight. Last year, it successfully lobbied to kill a proposed business tax in Seattle that would have raised about $50 million a year for affordable housing and other programs.

It could have mounted a similar campaign in New York. Or it could have taken a page out of the Uber and Airbnb playbook, urging Amazon Prime members in New York to contact their representatives and agitate for a deal.

Instead, the company did its lobbying in private, preferring back-room negotiations to a noisy, public-facing campaign.

“They failed to appreciate that this market was different than the others,” Mr. Tusk said.

“They didn’t do their homework.”

For Uber and Airbnb, of course, the stakes of political success were existential. Amazon’s size and market dominance have given it the ability to walk away from even a multibillion-dollar deal relatively painlessly. New Yorkers will still buy their toilet paper and dog food from Amazon, even if the company doesn’t have an office in Long Island City.

Some New Yorkers who supported Amazon’s expansion plans may consider the company’s retreat proof of the shortsightedness of politicians.

“I hope there will be real lessons learned here,” Ms. Samuels of Tech:NYC said. “They were playing with fire, and look what happened.”

But this should be a teachable moment for Amazon, too.

For years, the company succeeded wildly by catering to shoppers, and betting — mostly correctly — that its sterling customer reputation would insulate it from criticism over its labor practices, anti-union resistance and other corporate shortcomings.

But that era may be over. In New York, at least, there are some problems that low prices and two-day shipping can’t fix.