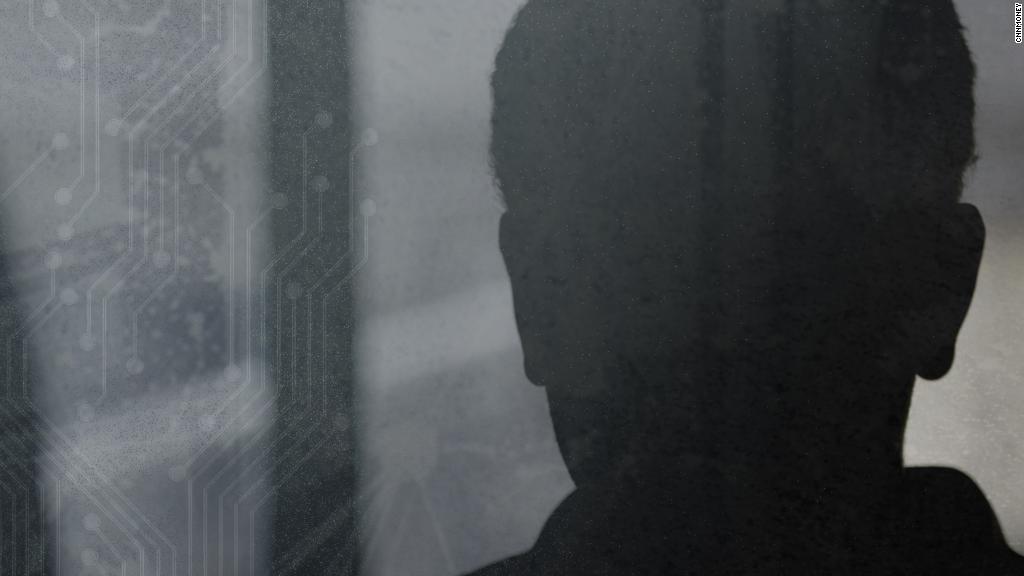 When doing on-camera interviews in the past, I’ve been asked to hide identities of sources and subjects. There were victims of harassment, sex workers worried about repercussions, hackers who’d committed a crime, people worried about their safety. But a technology worker afraid of publicly outing himself as “conservative” in Silicon Valley? That was a new one for me.

In reporting this story, I made dozens of calls to conservative-leaning people in Silicon Valley. They told me there was too much at stake in a divisive climate and could only speak under the veil of anonymity.

Many say a crossroads came in August when Google engineer James Damore was fired after writing a controversial memo criticizing Google’s lack of ideological diversity. He argued there were fewer women in tech due to “biological” reasons. It brought loaded subjects to the surface — gender, diversity and political correctness in the Trump era.

While Google CEO Sundar Pichai said Damore was fired for his controversial statements regarding women, many conservatives retorted that his firing made it harder to be open about their political ideology at liberal-leaning tech companies.

We spoke with two “undercover conservatives” in Silicon Valley who asked us to conceal their identities. We’ll call them Jack and John. “John” is a founder who’s worked at several large tech companies. “Jack” is currently at an early stage startup funded by influential investors. Both entrepreneurs have extensive backgrounds in tech.

Below are excerpts from our conversations with them, as well as one with Harmeet Dhillon, a lawyer who represents Damore. The interviews occurred separately, but have been edited together by topic.

THE COST OF BEING CONSERVATIVE

Jack and John — in addition to other entrepreneurs we spoke to — are committed to hiding their political leanings. They say the cost of disclosure is greater than an awkward conversation or a red-faced debate. We asked them what would happen if they revealed their names.

Jack: Let’s say you and I met at a conservative event. Then, if we were at a broader event, and I wanted to introduce you to a liberal who I thought might be able to give you good career advice or something, we probably would lie about how we met. Or we wouldn’t tell the whole story. We’d say we met at a dinner or something, but we wouldn’t provide much context.

In one sense, it can be a little bit depressing when pretty much everyone you interact with is liberal. On the other hand, it’s actually quite invigorating being part of a small group of people sort of battling what many see as the status quo or a herd mentality.

John: If I walked into work with a “Make America Great Again” hat, there would be repercussions. Quite a few people would take it as a personal affront, and I would expect to be out of the company within weeks, if not a month.

Jack: The main reason why it can be tough to be conservative is actually because of business reasons. There’s such a lack of skilled workers, even in Silicon Valley, so you already are in a recruiting war. If you come out and say you’re conservative, you may not be able to attract this top talent that’s so critical to build a multi-billion-dollar business.

Pretty much anything that seems remotely right wing could really hurt your business. You can lose your job and your livelihood, all because of a political belief that you feel is shared by half the country.

Politics isn’t black and white (as much as it can feel that way). There’s always been a libertarian streak in Silicon Valley — a laissez-faire attitude toward business and culture. Even in 2017, that rubs off on Jack and John.

Donald Trump got less than 20% of the vote in the Bay Area. But Aaron Ginn, an open conservative in tech, thinks the number could have been as high as 25% in the tech community. He says Trump’s election was a “strong slap in the face to elite cities like San Francisco.” Jack and John both believe the 2016 election and Trump’s victory exacerbated the polarization.

Jack: Since President Trump took office, a lot of people are saying, “Oh, I won’t go work for a conservative company or for someone who seems to be associated with conservative people.” Those passions are much higher. President Trump, I do think, definitely threw fuel on the fire here.

John: The hysterical nature of the political climate [has] turned into fear, where people are afraid of ideas that challenge their own and they think people who hold those ideas are not only wrong … but in some ways they’re evil. It’s unfortunate. And it leads to people saying and doing things that normally they wouldn’t feel comfortable doing.

While Jack and John both agreed with some of the points that Damore made in his memo, they still believe his firing was justified.

Jack: Some parts of it I agreed with, some parts I didn’t. But from a conservative perspective, Google not only had the right to fire him, but I think it was the right move.

At Google and at any company, there’s a lot of positivity to having a culture that isn’t extremely diverse from an ideological perspective. There are certain things that should be open for debate in a company, but you need everyone to have a degree of sameness where they’ll get close to each other, they’ll form common bonds and they’ll actually work harder. Google has picked to adopt this very, sort of, progressive-leaning culture, and if James Damore was doing things antithetical to that, which upset a majority of the employees, then you have to maintain the productive culture, and get rid of them.

John: I don’t feel like any time I’ve been working for a company, I would feel comfortable posting something like that at work. The right place for that is Quora, which has historically been a place to have these kinds of debates on subjects like politics, religion and diversity.

ON COMBINING WORK AND POLITICS

Tech CEOs increasingly are taking stances on political issues like immigration. Jack and John see that as another example of the “hyperpartisan” nature of today’s culture.

John: It’s become popular to be hyperpartisan, and it’s blurred it into these companies, maybe partially because they’re newer and the people running them don’t have the experience of why it’s good to separate non-business activities from political activities. If the CEO has a stated position on something, generally everyone falls in line whether or not you agree with it.

Jack: If I say I want more border security, are people going to complain to HR about that? Am I going to get fired for saying that?

John: The arrogance to think that we have somehow figured stuff out better than everyone else just because there’s a lot more money and a lot more jobs in this area is extremely annoying.

Jack: I think it’s a big deal as these tech companies get more and more control over the things we see. Easy content distribution, coupled with fewer gatekeepers, means the people in these companies are going to have far more power. It’s a sad state where conservatives feel they might lose their jobs and can’t speak out about some of the editorial decisions.

After James Damore was fired, he hired Harmeet Dhillon, a civil rights attorney and a California representative for the Republican National Convention. I spoke with her about what she claims are the repercussions for conservatives at tech companies.

Dhillon: It’s being disciplined for innocent remarks. It’s being not considered for job opportunities and internal promotions. It’s being abruptly terminated for manufactured reasons that frankly, are not supported by the law and the facts.

Dhillon: I’ve suffered sexual harassment as a woman as well. The fact that that exists does not take away from the fact that political and viewpoint discrimination exists in Silicon Valley. Both can exist.

Jordan Malter contributed to this report.