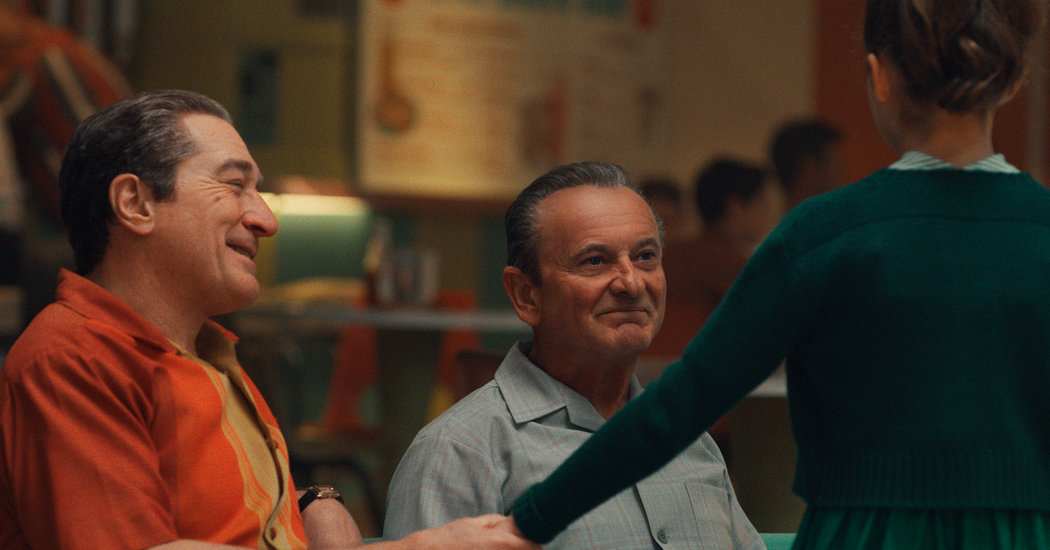 Martin Scorsese wanted everybody to see it in theaters, but millions of people have streamed his three-and-a-half hour mafia epic on Netflix.

The streaming platform bet big on “The Irishman,” and it appears to have paid off, with the film garnering an average audience of 13.2 million in the United States over the long Thanksgiving weekend, according to data provided by Nielsen.

The $159 million film, released on Netflix on Nov. 27, the day before Thanksgiving, stars Robert De Niro and Al Pacino and examines organized crime in midcentury America. It attracted 3.9 million unique viewers in the United States on the first day of its release, with 20 percent of that audience comprising men aged 50 to 64. The audience age decreased over the five-day period, according to Nielsen, settling on an average age of 49, similar to the audience makeup of Season 2 of “The Crown.” The average Netflix viewer is 31 years old.

With the length of the film being a potential issue for home viewers, Nielsen reported that 18 percent of audiences watched the movie in its entirety on first day of streaming, on par with the premiere of the Sandra Bullock thriller “Bird Box.” “Bird Box,” one of Netflix’s biggest hits, had 16.9 million viewers over the first five days of its release, while the “Breaking Bad” movie, “El Camino,” had 8.2 million in that same time span, according to Nielsen.

Netflix bypassed a traditional theatrical release for the R-rated crime drama, which has won accolades from the American Film Institute, the New York Film Critics Circle and the National Board of Review. Instead, it screened the film in a limited number of theaters, including the Belasco Theater, a 1,015-seat Broadway venue. In keeping with Netflix’s usual practice, the company did not publicly disclose box office earnings.

Extrapolating Nielsen’s streaming data for “The Irishman” into box office dollars, using the average ticket price of $9, the company would have stood to make roughly $119 million at domestic theaters. But with less than 20 percent of viewers making their way to the end credits of “The Irishman,” it is impossible to know if those tuning in would have ventured out of the house to see the awards contender.

That estimate of box office numbers is imperfect, however, as is Nielsen’s tracking of streaming viewers.

Nielsen, which has had an effective monopoly on measuring TV ratings in the United States for decades, has been trying to expand its business to include the tracking of digital data. That is a challenge, because Netflix and other major platforms do not typically release viewership numbers. Nielsen has said it was able to determine how many people stream Netflix content through audio recognition software in homes across the country that have television sets equipped with Nielsen devices.

With that system, the research firm cannot account for viewers who watch Netflix on a laptop or mobile device. And with its focus on the United States, it has no way of measuring the habits of the roughly 98 million Netflix subscribers outside the country.