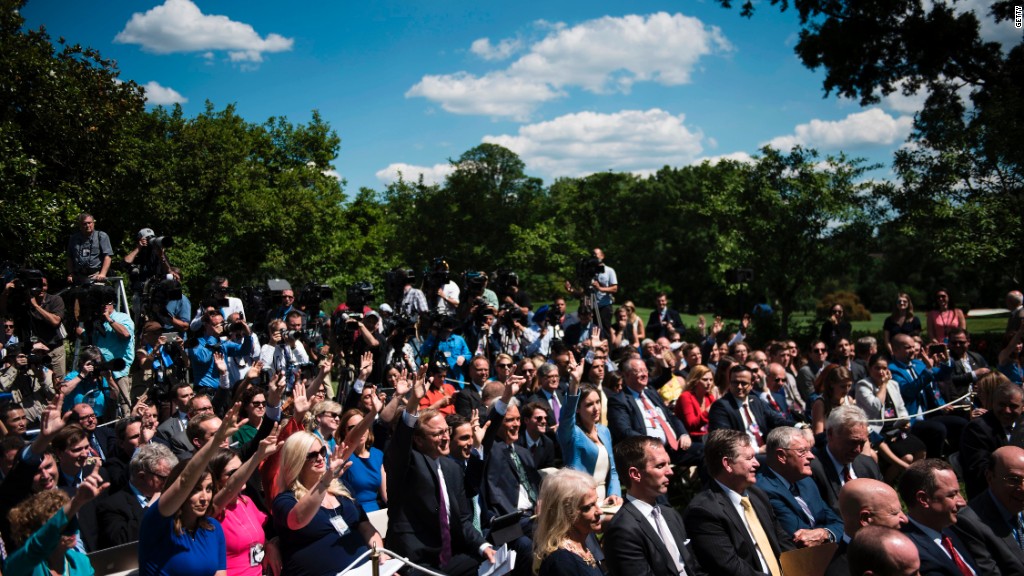 Google wants to give you a smarter information feed.

The company is updating the feed in its Google app to provide more in-depth, personalized context about news and information shared around the web.

Starting Wednesday, Google (GOOG) app users will see a new look for their feeds — under the usual information cards, the app will show related links, like fact-checks on some news stories or additional coverage. It may also show movie times for a new film, a favorite sports team’s latest scores or news related to a destination you’re planning to visit on vacation.

Users will also be able to follow topics that interest them. For instance, if you see a story about Amazon CEO Jeff Bezos, you can tap on the card in which the story is displayed to follow news and updates about Bezos. The app will also factor in trending stories.

Google introduced the feed in the Google app in December.

If it sounds like the feeds we’re already glued to all the time — Facebook and Twitter — it is similar. But Google’s feed is different from Facebook in that it displays information based on you, not shared by your friends. And it’s different from Twitter (TWTR, Tech30) in that the content shown is from a variety of news organizations and websites, not people you follow.

Related: Google strengthens security to keep you from getting phished

Google analyzes data it already knows about you to tailor the feed. That includes your interests based on the topics you have searched for, videos you watch on YouTube and sites you visit in a Chrome browser.

Much of the criticism about current social media feeds is that following and being friends with people who share our ideas creates something called a filter bubble. The theory is that this prevents other news or opinions from entering your feed. Critics also say that social media sites allow fake news to spread, though Facebook (FB, Tech30) and Google have taken steps to combat that.

While Google’s feed is based on your web history, it will also pull in information you might not usually see. For instance, if a news post is about the healthcare bill, related news from other sources will appear beneath it. Even if you don’t read NPR, a link to an NPR story may appear beneath the post on your feed.

The feed is rolling out to Google app users on iOS and Android initially, beginning in the U.S., but will be made available to Search users on the web and on mobile eventually. Google declined to provide information on how many people use the Google app.