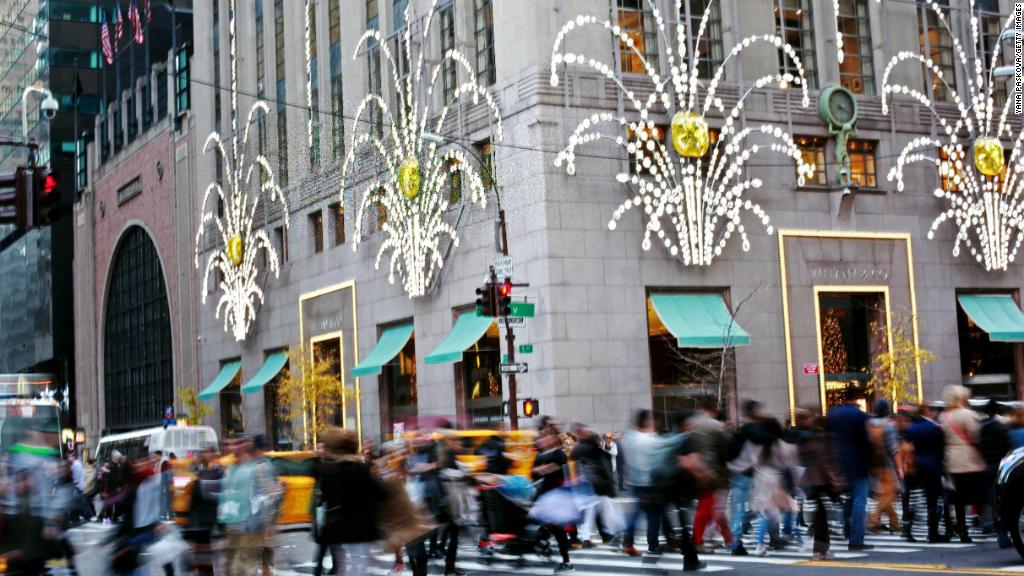 Flux became a hit, so they started accepting online orders. They packaged and shipped them out to customers from a fraternity house.

“It wasn’t the greatest condition for running a business, especially in terms of just cleanliness, so that’s when we decided to outsource distribution,” said Flux co-founder Miles Anthony.

Now, Flux chargers are sold between $30 and $50 at B8ta, a retail store with eight locations in the U.S.

The tech gadget store is betting on a new kind of business model. Instead of taking a percentage of any profits, it charges hardware makers a flat fee to display their product. For example, Flux pays $2,000 a month for placement in multiple stores.

Its San Francisco store has 24 stereoscopic cameras monitoring visitors sales and browsing habits. The cameras are clearly visible throughout the store, and the data collected is anonymous, the company said.

Although some retailers already track shopper behavior, B8ta has folded it into how it does business. The gadget makers get updates with how many impressions, discoveries, demos and sales their products have received.

Related: Amazon wants you to shop for Black Friday in augmented reality

Another goal of the store is to educate shoppers about products. In fact, b8Ta doesn’t even care if you buy the items somewhere else.

“if you want to buy this on Amazon, that’s OK,” said B8ta’s co-founder Phillip Raub. “We’re not threatened by that at all.”

Inside, the space looks like an Apple Store’s moodier cousin. B8ta stores are open and minimalist, with lines of products available to touch and test. An iPad Mini sits next to each gadget and displays product information about it.

B8ta’s inventory is a mix of useful and kitschy technology, not unlike what you’d find in a Brookstone or Sharper Image. There are wi-fi speakers, security cameras, electric bikes, and connected home devices. If you’re looking for something unusual try the floss dispenser that frowns when you go too long without flossing, or the Fondoodler cheese-dispensing “hot-glue gun.”

A spot in a real brick-and-mortar store wouldn’t be possible for many of these companies. The majority of gadgets come from startups founded by people who whipped up a hit Kickstarter campaign.

“Where else would they have the opportunity to bring their hardware into a store?” said Vibhu Norby, another of B8ta’s co-founders.

Founded in 2015, the company wants to position itself as the next trend in retail, an industry currently undergoing big changes. Traditional stores are closing at an alarming rate, retail stocks are struggling and some companies are going bankrupt. B8ta sees the shifts more as an opportunity than a warning.

“We’re sick and tired of saying retail’s dead,” said Norby. “It’s too important of an industry to just write off and say it’s dead.”

Meanwhile, online sales are increasing, fueled by companies like Amazon. But retail will survive because there’s no way to recreate “the emotional experience of a demo,” according to B8ta’s founders. You can’t tell how a product feels in your hand or hear the quality of a high-end speaker over the internet.

“It’s quite clear that a whole host of legacy players are becoming increasingly irrelevant,” said Mark Cohen, director of retail studies at Columbia’s Graduate School of Business. “There is no shortage of customers and most have plenty of disposable income and/or access to consumer credit. They will most definitely continue to shop for their needs and wants. They just aren’t shopping at their ubiquitous local Macy’s or JC Penney anymore.”

One way those legacy retailers are trying stay relevant is by partnering with B8ta. The company has struck deals with established chains like Lowe’s and Macy’s to open mini-stores inside their existing locations.

For Flux’s Anthony, it’s one less thing to worry about. He said the entire production process for his chargers is automated — he doesn’t even see the product anymore. Flux chargers are manufactured in China and shipped directly to a distribution company in Austin that stores and ships the inventory.

The vast majority of Flux’s sales currently happen on Amazon.com, but a retail spot still has its allure.

“We got into a pretty cool tech store,” said Anthony. “It really validated our whole business and product.”