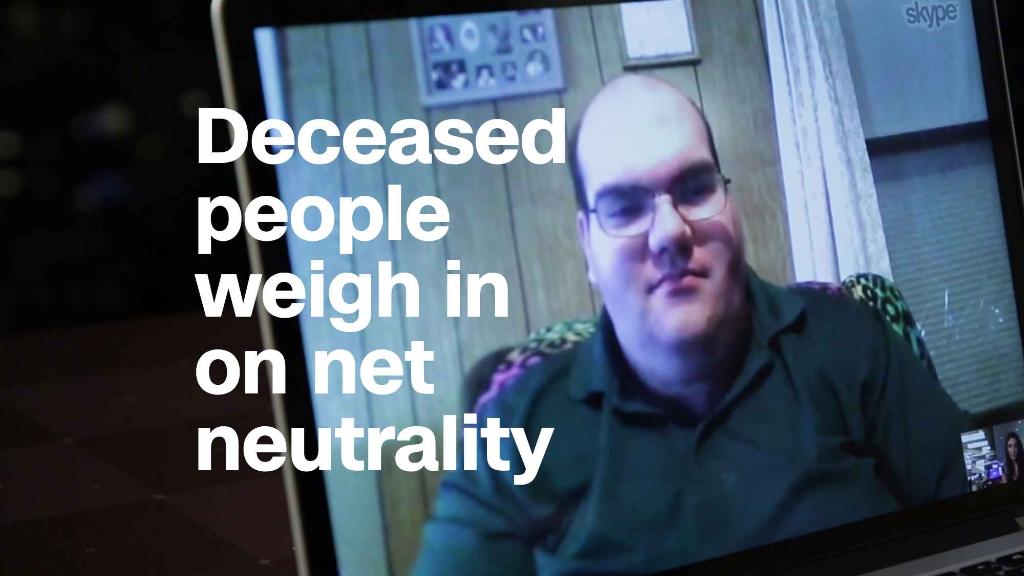 The future of how the internet is regulated may be decided this week.

The Republican-led Federal Communications Commission is scheduled to vote Thursday on a controversial plan to repeal Obama-era net neutrality protections. The repeal is expected to pass on a party-line vote.

The rules, approved by the FCC in 2015, were intended to keep the internet open and fair. Internet service providers like Comcast (CCVCL) and Verizon (VZ) were explicitly prohibited from speeding up or slowing down traffic from specific websites and apps.

Under the new proposal, the FCC would do away with rules barring internet providers from blocking or slowing down access to online content. The FCC would also eliminate a rule barring providers from prioritizing their own content.

Ajit Pai, the chairman appointed to run the FCC by President Trump, has been an longtime critic of the net neutrality rules. Last month, he pitched his repeal proposal as a way stop the federal government from “micromanaging the internet.”

Pai’s plan has been praised by the telecom industry, which argues the earlier regulation was a drag on broadband investment and innovation. But the repeal plan has been loudly criticized by numerous technology companies and consumer advocacy groups.

The concern among net neutrality advocates is that the repeal could give internet providers too much control over how online content is delivered. It may also make it harder for the next generation of online services to compete, if they have to pay up to be placed in a so-called internet fast lane.

Twitter (TWTR), Reddit, Kickstarter and other websites posted messages on their sites this week ahead of the vote in support of net neutrality. Protesters mobilized in front of Verizon stores around the country. And some of the creators of the internet penned a letter calling on the FCC to cancel the vote.

On Tuesday, three dozen Democratic Senators made a last-minute plea for Pai to abandon what they called a “reckless plan.”

“Your plan gives a broadband provider the ability to significantly alter their subscribers’ internet experience,” the lawmakers wrote in a letter to Pai. “Once adopted, this proposal will permit that provider to freely block, slow down or manipulate a consumer’s access to the internet as long as it discloses those practices.”

Even some members of Pai’s own party have called on him to rethink his plan. Rep. Mike Coffman, a Republican from Colorado, asked Pai this week to delay the vote and give Congress a chance to weigh in on the issue.

The repeal vote comes more than six months after the FCC kicked off the lengthy process to roll back the net neutrality protections. It received millions of comments during a review period, with the majority supporting the current protections.

There has also been mounting scrutiny in recent weeks over rampant fraudulent comments submitted during the review period. New York Attorney General Eric Schneiderman said last month the FCC had been uncooperative in his office’s investigation into the comments.

“The FCC has failed the public,” Jessica Rosenworcel, one of two Democratic commissioners at the FCC, wrote on Twitter Wednesday. “The public record it’s using to justify the roll back of #NetNeutrality is a corrupted mess and the agency isn’t doing anything about it. That’s not right.”

Pai hasn’t been shy in pushing back at the criticisms. In a speech late last month, Pai suggested that tech companies like Facebook (FB) and Google (GOOGL) are a “bigger actual threat to an open Internet” because they can censor content. He accused Twitter in particular of silencing conservatives.

In the same speech, Pai also went after like musician Cher and actors George Takei, Mark Ruffalo and Alyssa Milano by name for criticizing his proposal to repeal net neutrality.

The net neutrality repeal is just one part of the Pai’s deregulatory agenda. Under Pai, the FCC has moved to allow for greater media consolidation and endorsed Congress’s move to repeal internet privacy protections earlier this year.

Assuming the FCC votes to repeal net neutrality on Thursday, the issue may end up heading to court next.

“Whenever we do anything big and major, people go to court,” a senior FCC official said last month. “I certainly would not rule that out.”