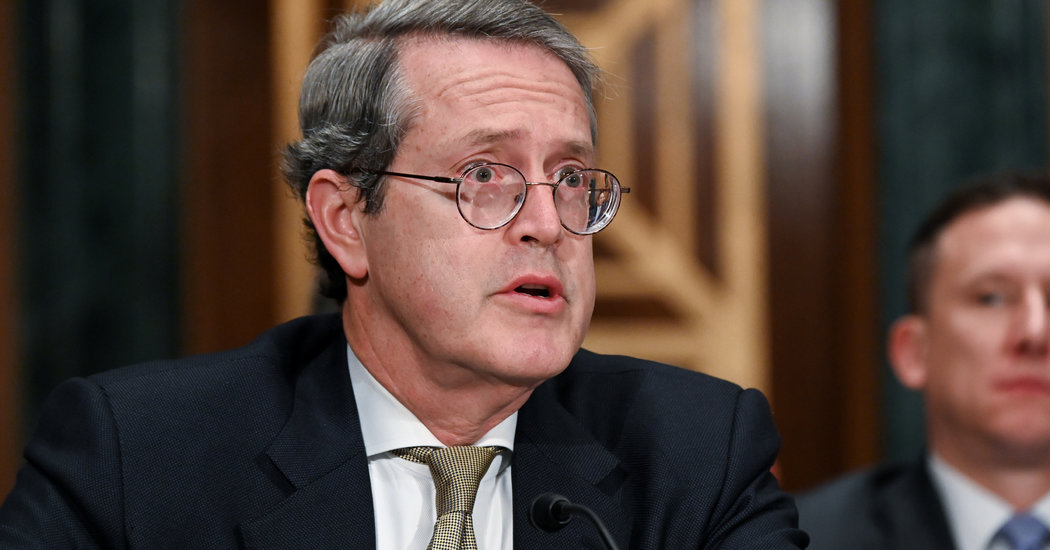 Randal Quarles, the Federal Reserve’s top bank regulator and chair of the global Financial Stability Board, warned that markets could gyrate again and that it was possible investors were setting the stage for a sharp drop in asset prices.

“Volatility in markets has decreased but may well return,” he warned in a letter to global finance ministers and central bankers released by the Financial Stability Board, which monitors banking system risks and makes recommendations to its members. “We may be seeing significant pricing disconnects between the market and economic fundamentals, which could result in sudden and sharp repricing.”

Mr. Quarles, who was nominated for his Fed job by President Trump and tends to favor light-touch regulations, also highlighted that the far-reaching market bailouts undertaken by the Fed and its counterparts abroad amid market ruptures in March should not be the default.

“While extraordinary central bank interventions calmed capital markets, which remained open and enabled firms to raise new and longer-term financing, such measures should not be required.”

The board is looking into what happened in markets in March, when investment vehicles from money market mutual funds to Treasury securities went haywire, and signaled that a more detailed analysis would be forthcoming.

Separately, the manager of the Fed’s trading book, said continued bond-buying by the central bank will help to mitigate risks of renewed turbulence.

Over the longer run, the Fed will examine what happened to disrupt trading in March, especially in the Treasury and mortgage-backed security markets that form a backbone to the economy’s broader functioning, said Lorie Logan, executive vice president at the Federal Reserve Bank of New York.

“What factors made these markets vulnerable to the abrupt deterioration in functioning that we saw in March?” she said during a speech prepared for a SIFMA webinar.