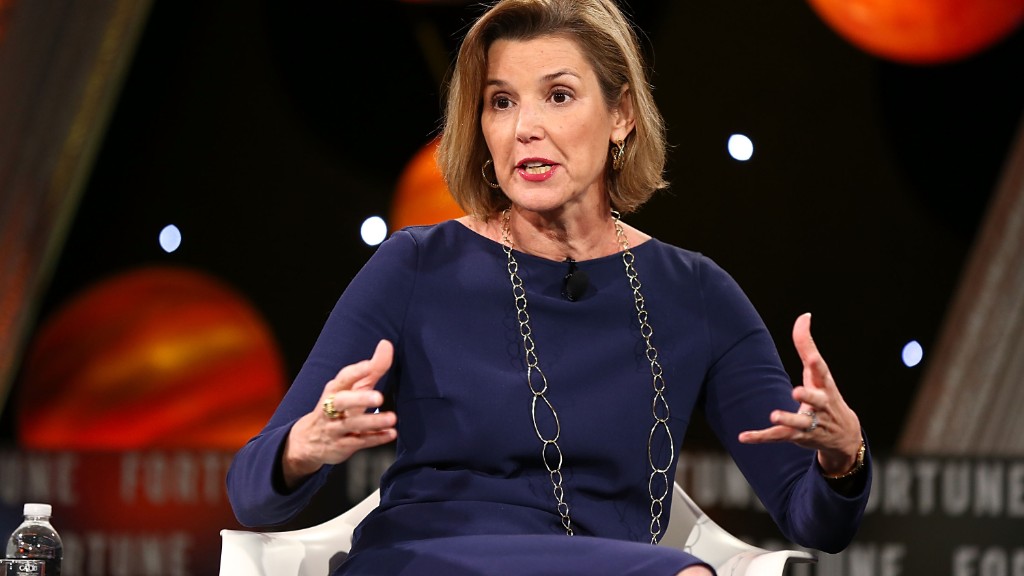 Sally Krawcheck, chair of Ellevate Network, recently shared her own #MeToo experience via the newsletter for Ellevest, the women’s investment platform she co-founded.

But throughout her retelling of the story, Krawcheck calls her harasser by a pseudonym: “Mr. X.” She says she considered naming him, but ultimately decided not to, because at the time of the incident, the power dynamic was in her favor — a different story from the once-unknown women embroiled in sexual harassment scandals with big names like Harvey Weinstein, James Toback or Roger Ailes.

But Krawcheck has had previous experiences where she wasn’t the one in power — like the women involved in so many of the scandals populating headlines today. In another job, when she was a young woman fresh out of college, a coworker would Xerox photos of male genitalia and decorate her desk with them.

“The only thing I could do, I thought, and the only thing I did, was just crumple up the pictures and throw them away,” Krawcheck says. “I didn’t have the option of quitting. I was right out of college and I had signed a lease. I needed the money. I was at that point in a very disempowered situation myself.”

Related: How sexism in tech is affecting the female pipeline

Research shows many women continue to hide the names of their harassers because they fear coworkers won’t believe them — or, worse, that the harasser will retaliate.

And they’re justified in their fear. In one study from Lilia Cortina, professor of psychology and women’s studies at the University of Michigan, two-thirds of public employees who complained of sexual harassment said they suffered retaliation after they reported.

But Cortina says in her research, the “vast majority” of sexually harassed men and women never disclose any incident.

“There are a lot of different reasons women don’t report sexual harassment, but principal among them is basic fear,” she says. “Fear of disbelief, of inaction, of retaliation. And we know from research that these fears are actually well-founded … There’s a lot of good reasons for not reporting these experiences when they happen to women.”

When women do come forward, Cortina says, they risk a number of things: their reputations, their mental health, their social standing and even their jobs.

Cortina sees women in her research who’ve said they’re hesitant to even begin the reporting process, let alone go through it all and name their harasser.

“Women don’t want to engage in the reporting process because it’s fundamentally a managing process,” she says. “Their reputations get damaged. It’s distressing and humiliating to have to keep recounting your story again and again: to HR personnel, to investigators, to whoever keeps calling. Often they’re met with disbelief, questions about what they were doing, what they were wearing, or just dismissive responses.”

So when women decide not to name their harassers, they’re not trying to protect the perpetrators.

They’re trying to protect themselves.

Do you feel there are generational differences in how we talk about sexual harassment? Tell us about it here and you could be featured in an upcoming story on CNNMoney.