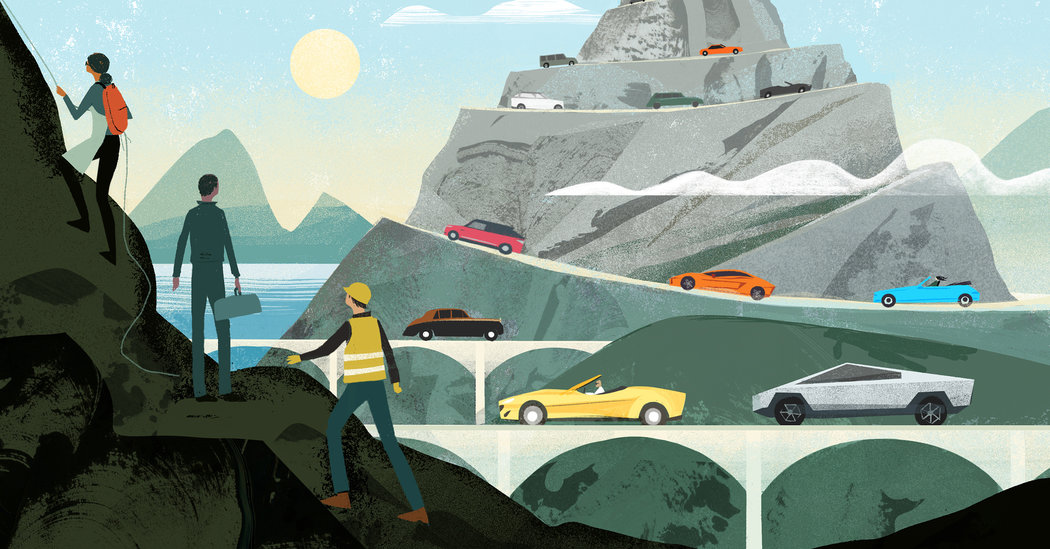 Retirement in America has become a tale of two very different realities in the decade now drawing to a close.

In 2010, the economy was just beginning to recover from the worst recession and financial crisis in recent memory. The unemployment rate was high, the stock market was coming back and millions of workers were worried that their retirement plans were ruined.

Since then, a robust economic rebound has put some Americans back on solid footing for retirement, but progress has been uneven. Despite the gains made in employment, wage growth has only recently begun to recover — and remained flat for older workers. Retirement wealth has accumulated almost exclusively among higher-income households, while middle- and lower-income households have only held steady or lost ground, Federal Reserve data shows.

Trends in Social Security and Medicare also are troubling. The value of Social Security benefits — measured by the share of pre-retirement income they replace — is falling, and the cost of Medicare is rising.

For members of the baby boomer and Gen X generations, the odds of success are mixed. The Employee Benefit Research Institute has developed a model that simulates the percentage of households likely to have adequate resources to meet retirement expenses, considering household savings, home equity and income from Social Security and pensions.

Let’s consider how the retirement landscape has changed during the decade now ending.

Retirement savings: Up for the affluent

The stock market bottomed out in March 2009 — and it has more than quadrupled since then. Most retirement savers did not abandon equity markets during the crash, says Jean Young, senior research associate with the Vanguard Center for Investor Research. “Some did, but the vast majority stayed the course.”

But the recovery has seen retirement wealth accumulate almost exclusively among affluent households that had access to workplace retirement plans and the means to make contributions. For example, Vanguard reports that the average balance for plan participants with incomes over $150,000 in 2018 was $193,130, compared with just $22,679 for workers with income of $30,000 to $50,000.

Federal efforts to expand the availability of retirement accounts foundered during the decade. During the Obama administration, Congress refused to enact a system of mandatory auto-enroll I.R.A.s that President Barack Obama had proposed for workers lacking access to workplace plans; since then, 10 states have enacted similar plans of their own and several have launched.

Among households that had workplace retirement plans, the gains have been substantial. Average account balances jumped 22 percent from 2006 to 2018, according to Vanguard data.

More workers are contributing to plans as a result of widespread adoption by plan sponsors of automatic enrollment features. Equally important has been a major shift toward the use of target date funds, which add a level of professional management by automating asset allocation between equities and fixed income, adjusting the mix as retirement approaches. Last year, 52 percent of participants were using a target date fund, up from 13 percent in 2008, according to Vanguard — a figure the company expects to reach 70 percent in 2023.

Health insurance: ‘How will we pay?’

Workers who lost their jobs in the recession often lost not only their incomes, but also their health insurance. Older jobless people who were not yet eligible for Medicare were at the mercy of the individual insurance market, where the likelihood of pre-existing conditions meant that they paid much higher premiums — and higher deductibles — if they could find coverage at all.

But the passage of the Affordable Care Act in 2010 changed that, and the number of pre-Medicare older Americans without health insurance has dropped during the decade.

This year, 9.4 percent of adults ages 50 to 64 were uninsured, a decline from 14 percent in 2010, according to the Commonwealth Fund. The decline would have been much greater if 14 states had not rejected the law’s Medicaid expansion, according to Commonwealth — in states that expanded, the rate for this age group has fallen to 6.4 percent.

“People in that age group have much better protection now,” says Sara Collins, vice president for health care coverage and access at Commonwealth. “If they have to leave a job, or elect to leave to do something different as they approach age 60, they can buy a policy in the individual market — that used to be quite risky and often out of reach due to pre-existing conditions.”

In Medicare, the decade has been marked by sharp increases in enrollment and federal spending — and privatization.

This year, 61 million Americans are enrolled in Medicare, 33 percent more than in 2010. Program spending will be $749 billion, up 47 percent compared with 2010. And an aging population means there are just 2.9 workers contributing to the system for every Medicare enrollee this year, down from 3.4 in 2010, according to a Kaiser Family Foundation analysis of Medicare data.

The standard premium for Part B (which covers outpatient services) in 2020 will be $144.60 — 31 percent higher than it was in 2010. And Medicare’s trustees project annual increases of nearly 6 percent over the coming decade.

“The numbers speak to an underlying question and challenge that we have yet to embrace: How will we pay for a growing and aging population?” says Tricia Neuman, director of Kaiser’s program on Medicare policy.

The growth comes despite studies that raise doubts about Advantage plans. For example, a report last year by federal investigators found a pattern of inappropriate denial of patient claims; other studies have questioned their quality of care. And this week, a report released by the U.S. Department of Health and Human Services Office of Inspector General raised concerns that Advantage plans were overbilling the program by improperly adding conditions to patient records.

“The growing role of private plans — Medicare H.M.O.s and PPOs — stands out as perhaps the most significant change to Medicare over the past decade,” Ms. Neuman said. “This growth has occurred without an explicit policy debate or major change in policy.”

Employment: Gains but some permanent damage

The last decade of work is especially important for any retirement plan — it’s the time when many workers enjoy peak earnings. In some cases, working longer helps people increase Social Security income by claiming benefits later, and by adding to savings.

But the surge in joblessness during the recession damaged the retirement prospects of millions of older Americans — and many have not recovered.

The economic recovery has pushed those figures down dramatically — unemployment for workers 55 and older was 2.6 percent in the third quarter this year, and the broader unemployment measure that includes discouraged workers stood at 5.5 percent.

Older workers also are having an easier time regaining employment now than during the recession. The typical unemployed person over age 55 needed 21 weeks to find a new job during the third quarter this year — far less than at the peak of the recession, when they needed 35 weeks.

And for many workers who lost a job in the recession, the damage was permanent, says Teresa Ghilarducci, a labor economist and the center’s director. “People who were 55 or older during the recession have never quite recovered — they are far behind in building up wealth again, and when they did find another job, it probably paid much less than they were earning before the recession.”

Housing: It’s a big part of security, and it’s wobbly

For most Americans, homeownership is a crucial part of retirement security. “Retirement accounts are one of the important ways people save for retirement — and the other is paying off the mortgage in retirement,” says Alicia Munnell, director of the Center for Retirement Research at Boston College.

The ownership trends are worrisome because homeowners can tap the equity in their homes by borrowing against it or by downsizing. Moreover, owners enjoy greater housing security and more predictable housing costs than do renters.

The researchers at Harvard also found that a growing share of older households are carrying mortgage debt, or that they are burdened by their housing costs — which the center defines as paying more than half of income for housing.

“Many of the indicators have not improved since the recession — and in fact many have become more negative,” says Jennifer Molinsky, a senior research associate at the center.

Social Security: Net benefits are down

Social Security remains the linchpin of retirement security for most Americans 10 years after the crash — but the value of benefits has fallen during this decade, and will fall further in the years ahead.

That has nothing to do with economic cycles. Changes enacted in 1983 are gradually pushing up the program’s full retirement age — that is, the age when claiming gets you 100 percent of your earned benefit. That age is gradually increasing to 67 for workers born in 1960 or later.

A higher retirement age acts as a benefit cut, since it raises the bar for receiving full benefits. Net benefits are shrinking further because of rising Medicare Part B premiums, which typically are deducted from benefits. What’s more, a rising number of Social Security claimants owe income taxes on at least part of their benefits. The Center for Retirement Research calculates that an average earner retiring at age 65 could expect to replace 37 percent of pre-retirement income in 2010; that dropped to 35 percent in 2018 and will fall to 29 percent in 2035.