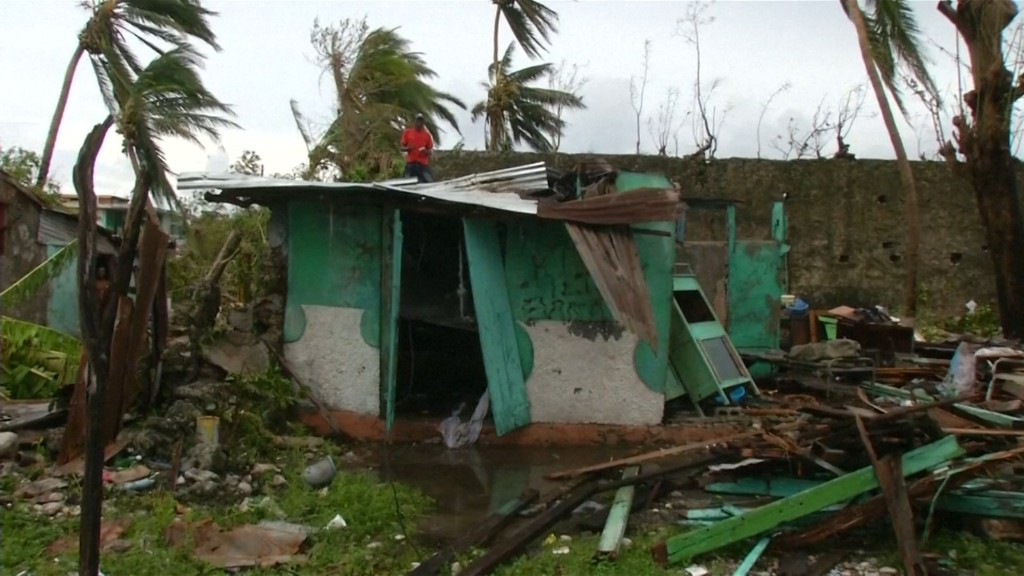 Hurricane Irma could be among the costliest natural disasters in American history.

One estimate from the disaster analysis group Enki Research put damages at $172 billion, which would be more economically devastating than Hurricane Katrina. But that estimate was released before the storm hit Florida, and early reports of damage have been less than first feared.

The National Oceanic and Atmospheric Administration tracks the most expensive weather events in U.S. history beginning in 1980. NOAA estimates costs adjusted for inflation by calculating both insured and uninsured losses, including damage to homes, businesses, vehicles and lost business.

Katrina was “the single most catastrophic natural disaster in U.S. history,” according to NOAA.

NOAA estimates it caused $160 billion worth of damages to the Gulf Coast when it struck in August 2005. Heavy flooding in Louisiana, Mississippi and Alabama resulted in more than $40 billion in private insurance payments, the largest insurance loss in world history.

Katrina was blamed for 1,833 deaths, including 1,577 in Louisiana. Levees failed in New Orleans, leaving 80% of the city under water.

NOAA has not released a damage estimate for Harvey. Moody’s Analytics puts total losses, both from property damage and lost economic activity, at as much as $108 billion. More than 70 people died after 27 trillion gallons of rain fell on Texas and Louisiana less than two weeks ago.

Houston and South Texas are still digging out, but property damages, lost wages and business disruptions make up the brunt of the staggering losses.

Sandy cost the Northeast an estimated $70.2 billion, according to NOAA.

Irma has drawn comparisons to Andrew, one of the strongest Atlantic hurricanes on record.

The storm caused an estimated $47.8 billion of damages when it landed as a Category 5 storm 25 years ago. It was only the third Category 5 in history to make landfall on the U.S. mainland.

The earthquake, centered just outside Los Angeles, caused almost $30 billion in property damage and more than $15 billion in economic damage in today’s dollars, according to Moody’s Analytics, for a total of $45.2 billion — the most expensive earthquake in the nation’s history.

Fifty-seven people were killed, about 9,000 injured and about 112,000 structures damaged.

The summer of 1988 brought the worst drought since the Dust Bowl during the 1930s.