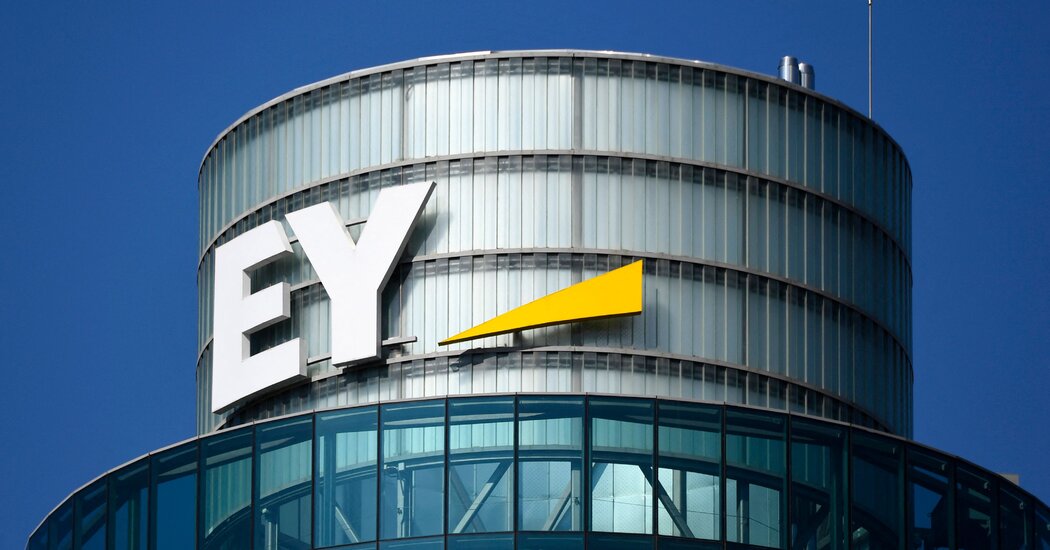 Too big to audit

Regulators are turning up the heat on the Big 4, the largest accounting firms in the U.S. — Deloitte, PwC, EY and KPMG. Increasingly, their size and the variety of services they offer, like tax consulting, are raising questions about the independence of their audits and landing the firms in hot water, writes The Times’s Jesse Drucker.

The giant advisory firm EY, for instance, has faced criticism for an elaborate arrangement that its tax consultants set up for Perrigo, one of the country’s leading makers of nonprescription drugs. In 2008, Perrigo’s auditors — at the time C.P.A.s from the accounting firm BDO — questioned the arrangement, which would enable Perrigo to save more than $100 million in federal taxes. Perrigo soon replaced the BDO auditors with ones from EY, who blessed the transactions, which federal regulators now claim are shams. Perrigo is fighting the I.R.S. over fines the agency assessed because of the tax maneuver. EY says it stands by the work it did for the drug company.

The Big 4 are behemoths. EY, the world’s third-largest accounting firm, generates an annual revenue of about $40 billion and employs more people than Apple, Exxon and Pfizer combined.

Conflicts of interest among accounting firms aren’t new, but Biden administration regulators are increasing the scrutiny of them. The S.E.C. is reportedly conducting a broad review of conflicts of interest involving the services offered by the Big 4 provide. Senior officials at EY and another big accounting firm, Deloitte, are now discussing plans to split their auditing and consulting arms into separate companies. And this morning, the Senate Finance Committee released its initial findings from a yearlong investigation into how drug companies have utilized subsidiaries in low-tax nations to exploit loopholes in a 2017 corporate tax reform law.

How Perrigo’s tax shelter worked: In 2005, EY devised a plan to help Perrigo, then based in Allegan, Mich., avoid U.S. taxes on its popular anti-heartburn medication, omeprazole. If Perrigo had bought omeprazole from a manufacturer and then sold the pills to customers in the U.S., its profits would have been taxed there. Instead, EY advised Perrigo to set up a subsidiary in Israel, with no employees and no offices, to buy the omeprazole. The shell company then sold the pills to Perrigo in the U.S. at a profit. That meant that Perrigo’s income on the pills largely remained in Israel rather than in the U.S., out of reach of the I.R.S. And because of the vagaries of Israeli tax law, the profits weren’t taxed in Israel, either.

The I.R.S. eventually questioned the transactions and required Perrigo to pay $163 million in back taxes. In a related case, Justice Department lawyers representing the I.R.S. accused EY of enabling a “shell game” and a “flagrant tax scheme gone awry.” The fight went to a federal trial last year. The judge hasn’t announced a verdict yet.

Boris Johnson says he will resign as Conservative Party leader, but he plans to stay on as prime minister until a successor is in place. The development comes after a dizzying 48 hours in British politics that involved a rebellion of Johnson’s cabinet and a wave of government resignations in response to his handling of the party’s latest scandal.

The directors of the F.B.I. and MI5 issue a joint warning about the threats of Chinese spying. In a rare joint appearance, Christopher Wray of the F.B.I. and Ken McCallum of MI5 told business leaders yesterday to be aware of Chinese espionage aimed at stealing intellectual property of Western technology companies. Wray warned that the Chinese government was “set on using every tool at their disposal to do it.”

The State of the Stock Market

The stock market’s decline this year has been painful. And it remains difficult to predict what is in store for the future.

For the first time in three years, start-up funding is dropping. Investments in U.S. tech start-ups plunged by 23 percent over the past three months, to $62.3 billion, the steepest decline since 2019, according to figures released yesterday by PitchBook, which tracks young companies. Over the past decade, quarterly funding to high growth start-ups has fallen just seven times.

The Dallas Cowboys face backlash after announcing a partnership with a gun-themed coffee company. The team announced the marketing agreement with Black Rifle Coffee the day after a deadly shooting at a Fourth of July parade in Highland Park, Ill. On social media, people criticized the team for the timing of the announcement.

Shell sees its refining profits nearly triple, adding $1 billion to its bottom line. In a trading update, the company forecast that the profit margin it earns by refining crude oil into products like gasoline and diesel rose in the second quarter to $28.04 a barrel, up from $10.23 a barrel in the January to March period. The prices of oil products are being driven up by a lack of refining capacity.

It may be peak summer, but the cryptocurrency sector is feeling the chill of winter, as major firms like the lender Celsius freeze withdrawals, and bankruptcies ripple through the hedge fund Three Arrows Capital and the broker Voyager Digital.

In an attempt to salvage what remains, big players like Sam Bankman-Fried, the founder of the FTX exchange, are swooping in with emergency infusions of capital for companies like the crypto lender BlockFi.

It looks as though a major consolidation is in the works, so DealBook asked veterans of previous tech bubbles what we’ll see in the coming months. They expect more pain — as well as new government policies — as the sector shakes out.

“There is a great parsing taking place,” said Chris Lehane, the chief strategy officer of the crypto venture firm Haun Ventures and a former Airbnb executive. The crash will separate the short-termers from the more committed players, he said, and distinguish between “builders and bandwagoners.” That urgency, he said, could accelerate much-needed policy solutions: “Regulations are part of the parsing.”

A few big players could significantly expand their influence, said Jeremy Allaire, a founder and the C.E.O. of the stablecoin issuer Circle, who took two companies public before blockchain was a big thing. Allaire said he expected his company as well as the exchanges Binance, Coinbase and FTX to thrive and advance the development of new rules for the industry.

Allaire and Lehane see shades of crises past in today’s markets but are dubious that crypto will end up as centralized as the internet did after the dot-com crash — as long as policy is done right. Still, there are already signs that there might be giants emerging.

What’s up for grabs? Tomorrow’s customers, among other things. FTX’s Bankman-Fried, in the recent industry cleanup, says he steps in where businesses have customers to protect, which also helps maintain market integrity. In recent credit agreements with Voyager Digital and BlockFi, his businesses subordinated their debt to that of customers’ — a brand-building gesture that arguably helps advance his ambitions to win fans and dominate crypto regardless of whether the underlying companies survive.

“Private equity owns a piece of the waterfront now. Remote ownership is always going to be driven by dollars and cents. Without any loyalty to the place, business decisions can become cold and harsh.”

— Jon Mitchell, the mayor of New Bedford, Mass., tells ProPublica about how a foreign private equity firm has become a dominant force in the city’s fishing port, passing on costs to local fishermen.

Ben & Jerry’s, in an unusual case, is suing its owner, the consumer products giant Unilever. The lawsuit seeks to stop Unilever from selling the distribution rights and decisions of the ice cream brand in Israel to a local licensee. Last year, Ben Cohen and Jerry Greenfield, the founders of the company famous for its stances on hot-button issues, said they would end sales in Israeli-occupied territories. The licensee is expected to continue selling Ben & Jerry’s in those areas.

The rift between Ben & Jerry’s and Unilever dates to Unilever’s acquisition of the ice cream brand in 2000. As part of that deal, Unilever agreed to let Ben & Jerry’s independent board, of which Unilever appoints only two out of the 11 seats, continue to oversee the brand and its image.

The unusual arrangement gave the founders continued control despite the sale of their company. Typically, shareholders vote in elections for the board of directors. But this contract is between Unilever and Conopco, which is officially the only shareholder of Ben & Jerry’s. Conopco is obliged to vote for the founders’ board picks and their successors, who are also named by Ben & Jerry’s board. Unilever is able to choose the brand’s C.E.O., which is something a board typically does, but even that person is supposed to defer to Ben & Jerry’s independent board when it comes to maintaining “the social responsibility aspects of the company,” Ann Lipton, a professor in business law at Tulane University Law School who has studied the acquisition, told DealBook.

But Unilever appears to have a possible out, Lipton said. The contract itself might not be enforceable in court. Traditionally, a contract is between two parties. In this case, the agreement could have been between Unilever and Ben & Jerry’s founders, but it’s not, Lipton said.

“That’s like having a contract with yourself,” Lipton told DealBook. “If you’re the only shareholder of the company, the idea that the company can make a contract with you is sort of unheard-of. It’s very strange.” Lipton said she hadn’t heard of a similar case, adding, “it’s a case study in business law class.”