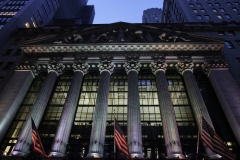 So let’s say you are in the bullish camp and think the US-China trade spat will be resolved soon. What is the best way to profit from that development? All stocks will likely rise, and bond yields will probably rise too. But where will the best gains be? How about small caps. The argument here may seem counterintuitive, but shows an evolution in thinking on the part of investors. At the start of the trade war, many thought small caps would do well as they are less exposed to international trade. However, thinking has changed and investors are now much more focused on which sectors are most exposed. This has led small caps to have a rough year compared to large caps, mostly because there are so many financial stocks in the small cap sector. That said, a resolution of the trade war would suspend downward pressure on rates and allow the sectors which have beaten up to flourish, offering disproportionate gains for small caps.

FINSUM : This is a fairly sophisticated argument based on the proportion of beaten up stocks that are in the small cap asset class. However, it does make a lot of sense.