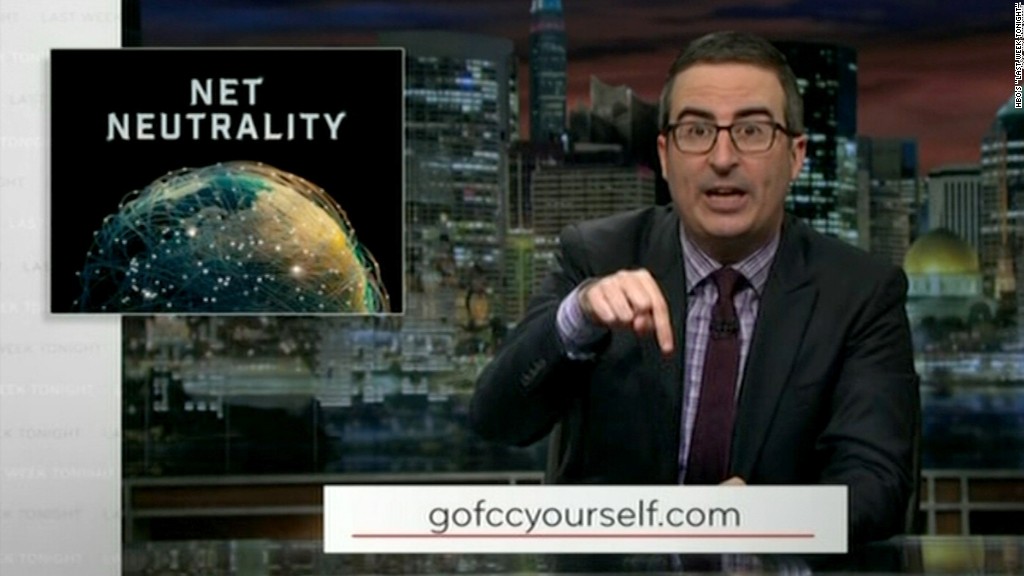 You might notice something different about your favorite websites and apps on Wednesday.

Tech companies plan to display special messages as part of a “Day of Action,” an online protest of proposed changes to net neutrality rules that would loosen regulations.

Google (GOOG)‘s doing it. Facebook (FB, Tech30) too. Snap (SNAP) announced it will join Amazon (AMZN, Tech30), Reddit, Airbnb, Twitter (TWTR, Tech30) and more than 70,000 other sites, organizations and individuals taking part in the online protest, according to Fight the Future, one of the groups organizing the day of action.

The Federal Communications Commission wants to undo regulations passed in 2015 that require internet service providers to treat all online content the same. Without the rules, telecommunication and cable companies could slow down, speed up, or charge more for access to different sites and services.

But Mark Zuckerberg and Larry Page will not be marching outside FCC headquarters with protest signs. To show their objection to the changes, participating companies and organizations will post messages on their sites and apps for the day.

The exact display will vary from site to site — some will show an image mimicking a slow loading symbol, Vimeo is showing a special video and Firefox will link to an FCC comment page. Other companies, including Facebook, said they’re participating but are not sharing their plans.

“Internet users will definitely notice which companies are standing up for their rights and which ones aren’t,” said Evan Greer of Fight the Future.

Without the current rules, opponents say a company like Comcast or AT&T could offer faster streaming for video services they own, and slow down content from competing sites or apps. Objectionable sites could be blocked, and faster service could be offered to the companies willing to pay a higher price.

FCC chairman Ajit Pai first announced the proposal in April. The commission voted to move forward with the roll-back in May and is taking comments from the public until next week. Pai said the regulations have a negative impact on businesses and decrease innovation and investment in infrastructure.

The actions on July 12 will be similar to 2012’s protest against SOPA and PIPA, two previously proposed bills activists feared would allow censorship online. Those protests, which included Reddit and Wikipedia blackouts and in-person rallies in major cities, are credited with killing the legislation.

Protesters will face even more push back this time. Republicans control both the House and the Senate, and Pai is a long time critic of net neutrality.

In addition to the big names taking part tomorrow, the Internet Association — a trade group for the major tech companies — has made a special site to “save the open internet.” Smaller companies and individuals also plan to join in.

“This is a massive grassroots mobilization,” Greer said. “A lot of the traffic on these days of action comes from individuals with just a few fans on Instagram or Twitter sharing on social media, or from the neat and weird nooks and crannies of the Internet like online gaming forums, discussion groups, YouTubers and and artist communities.”