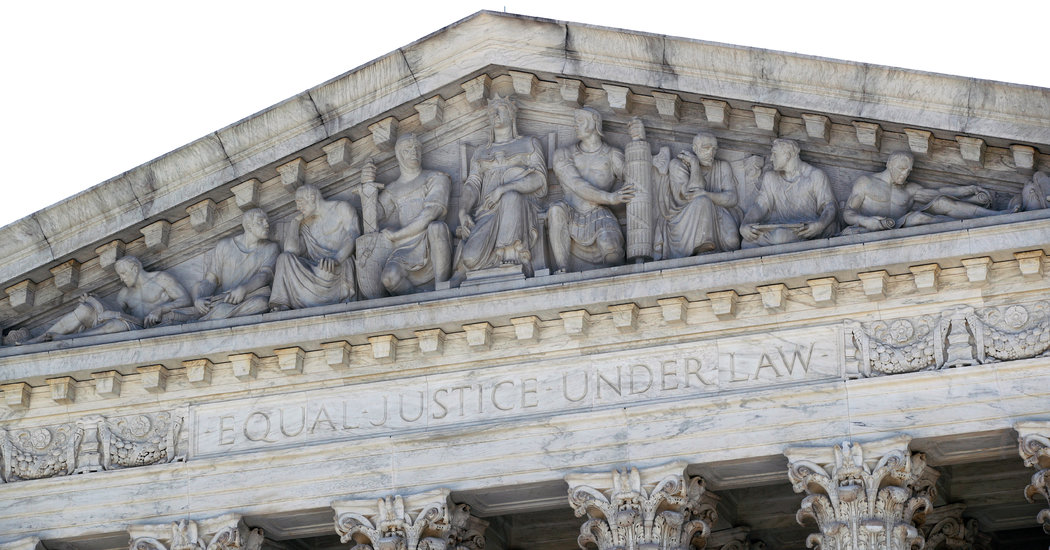 WASHINGTON — The Supreme Court ruled on Monday that the president is free to fire the director of the Consumer Financial Protection Bureau without cause. The decision, rejecting a federal law that sought to place limits on presidential oversight of independent agencies, was a victory for the conservative movement to curb the administrative state.

The ruling puts to rest a decade of doubt over whether the bureau and its leadership structure, in which the director is appointed by the president to a five-year term and cannot be dismissed without a substantial reason, were constitutional. While the narrow decision validates the agency’s existence, it could also open it to greater politicization, effectively turning its director into something akin to a cabinet member who serves at the pleasure of a president.

The vote was 5 to 4, with the court’s five more conservative justices in the majority. Chief Justice John G. Roberts Jr., writing for the majority, said the Constitution did not allow powerful agency officials to be insulated from some kinds of executive oversight.

“The C.F.P.B. director has no boss, peers or voters to report to,” the chief justice wrote. “Yet the director wields vast rule making, enforcement and adjudicatory authority over a significant portion of the U.S. economy. The question before us is whether this arrangement violates the Constitution’s separation of powers.”

He said that it did, but he stopped short of stripping the agency of its other powers, which include setting rules, conducting investigations and bringing enforcement actions.

“The C.F.P.B. director’s removal protection is severable from the other statutory provisions bearing on the C.F.P.B.’s authority,” Chief Justice Roberts wrote. “The agency may therefore continue to operate, but its director, in light of our decision, must be removable by the president at will.”

Justices Samuel A. Alito Jr. and Brett M. Kavanaugh joined all of the majority opinion, and Justices Clarence Thomas and Neil M. Gorsuch most of it.

In dissent, Justice Elena Kagan said the majority “wipes out a feature of that agency its creators thought fundamental to its mission — a measure of independence from political pressure.”

The bureau — the brainchild of Elizabeth Warren, then a law professor at Harvard and now a senator and former Democratic presidential candidate — was created as part of the 2010 Dodd-Frank Act, which was signed into law by President Barack Obama in the wake of the financial crisis. To protect the bureau’s independence, the statute said the president could remove its director only for cause, defined as “inefficiency, neglect of duty or malfeasance.”

That has long prompted complaints from Republicans and business groups that the bureau, which was set up to ensure that consumers were not taken advantage of by credit card companies, debt collectors and other financial firms, enjoyed unchecked power. In her dissent, Justice Kagan wrote that this structure was laudable.

“In the midst of the Great Recession, Congress and the president came together to create an agency with an important mission,” she wrote. “It would protect consumers from the reckless financial practices that had caused the then-ongoing economic collapse. Not only Congress but also the president thought that the new agency, to fulfill its mandate, needed a measure of independence.”

Since taking office, President Trump has targeted the agency, appointing Mick Mulvaney, a longtime critic of the bureau, as interim director after the agency’s original director, Richard Cordray, resigned in late 2017. Mr. Mulvaney, who was also the budget director, saw it as an opportunity to dismantle an agency vilified by Republicans since its inception as an example of government overreach.

The case before the court, Seila Law v. Consumer Financial Protection Bureau, No. 19-7, was brought by a law firm that objected to an investigation of aspects of its debt relief services. The firm challenged the bureau’s power to conduct the investigation, saying its director was unconstitutionally insulated from presidential control.

“I think people who brought the challenges to the agency, some of them were really seeking to damage the agency,” Mr. Cordray said in an interview. “It’s really avoided being deeply damaged by this decision.”

Mr. Cordray also noted that removing the uncertainty over whether the bureau was constitutional should be helpful in strengthening its enforcement powers because the question was sometimes raised in legal challenges to its actions.

Business groups, which shared that view, challenged the law’s limit on presidential power in court, saying that it violated the separation of powers. The Trump administration agreed with the challengers. The bureau once took the opposite position but changed its stance last year, agreeing that its director could be fired at will.

From the beginning of Mr. Trump’s term, his administration took a confrontational stance toward the bureau. During his confirmation hearing to be Treasury secretary, Steven Mnuchin argued that the bureau should be funded by Congress, a move that would curb its independence.

When Mr. Mulvaney took over as acting director in late 2017, he sought to neuter the bureau from the inside, curbing enforcement activity, urging staff members to regulate with “humility” and even changing its name to the statutory description: Bureau of Consumer Financial Protection, scrambling its acronym.

“If a company closes its doors under the weight of a multiyear Civil Investigative Demand, you and I will still have jobs at C.F.P.B.,” Mr. Mulvaney wrote in a 2018 memo to bureau staff. “But what about the workers who are laid off as a result?”

Mr. Mulvaney’s successor, Kathy Kraninger, has taken a more low-key approach to leading the bureau. She restored the bureau’s name, and career staff members have said she has been more receptive to their input. However, critics say that under her watch the agency has still been less focused on protecting consumers and has shown too much favoritism to the financial industry, including payday lenders.

Ms. Warren said on Monday that she hoped the decision would motivate Ms. Kraninger to work harder on consumer protection.

Despite the decision, the banking industry and Republican lawmakers on Monday continued to press for changes at the bureau.

Rob Nichols, the president of the American Bankers Association, said he still believed that the bureau should be converted into a five-member, bipartisan commission — a move that Republicans have long called for and critics have said would weaken the agency.

“This important change would balance the bureau’s needs for independence and accountability, while broadening perspectives on rule-making and enforcement,” Mr. Nichols said.

Senator Ben Sasse, a Republican of Nebraska who is on the banking committee, expressed disappointment that the bureau would remain as an “unchecked fourth branch of government.”

“Today’s decision says that the head of the organization should be removable — which is great, but when I read the Constitution, it’s pretty clear that the C.F.P.B. shouldn’t exist to begin with,” Mr. Sasse said.

The ruling on the constitutionality of the C.F.P.B. could have ramifications for another federal agency: the Federal Housing Finance Agency, which regulates the mortgage finance giants Fannie Mae and Freddie Mac. The F.H.F.A. is structured similarly to the C.F.P.B. in that it is led by a single director who is appointed to a five-year term. The Supreme Court’s ruling that the president has the authority to fire the director of the C.F.P.B. with or without cause may mean the president has similar power to remove the director of the F.H.F.A.

In September, a federal appellate court ruled that the structure of the F.H.F.A was unconstitutional because it did not afford sufficient checks on the power of the director. The ruling by the Fifth Circuit Court of Appeals followed similar reasoning that was adopted by the Supreme Court in its ruling on the C.F.P.B.

“I believe it is likely this would mean the same for F.H.F.A.,” said Michael Bright, the chief executive officer of the Structured Finance Association, a trade group that supports investors in securitized mortgages and other loans. “In Washington, the two structures are viewed as nearly identical.”

The F.H.F.A disagrees. “I respect the Supreme Court’s decision in the Seila Law case,” said Mark Calabria, the F.H.F.A. director. “This ruling does not directly affect the constitutionality of F.H.F.A., including the ‘for cause removal’ provision.”

Seila Law lost in the United States Court of Appeals for the Ninth Circuit, in San Francisco, which concluded that Supreme Court precedents upholding limits on presidential power to remove officials on multimember commissions and independent counsels allowed the bureau’s structure.

In the Supreme Court, the firm argued that those precedents were off point and that “the court has never upheld the constitutionality of an independent agency that exercises significant executive authority and is headed by a single person.”