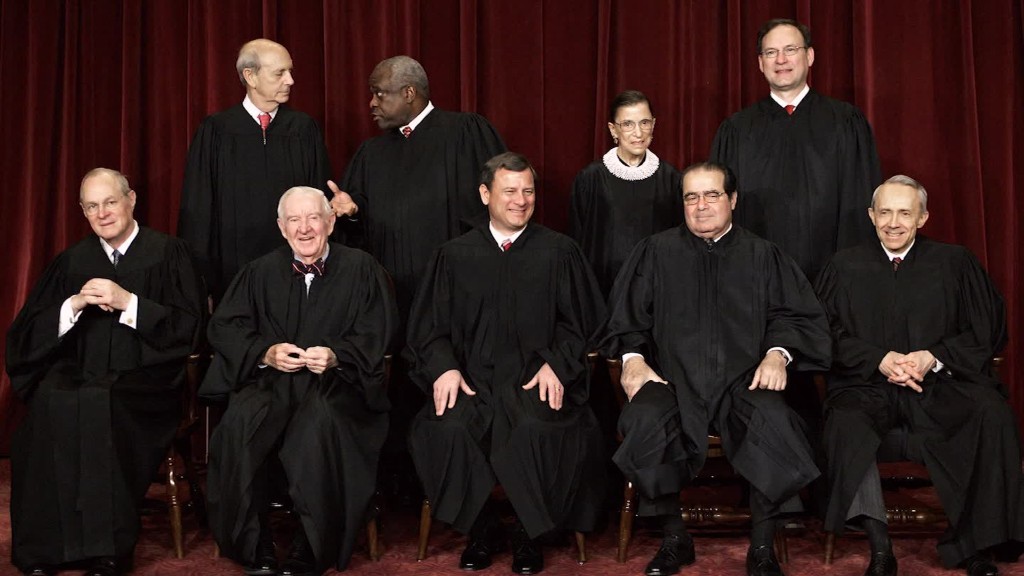 The First Amendment ruling sets a precedent about denying access to social media sites and raises questions about their role as a public forum.

The North Carolina law, established in 2008, made it illegal for registered sex offenders to use websites that minors also use. That included Facebook (FB, Tech30), Twitter (TWTR, Tech30) and many other popular sites.

The Supreme Court’s ruling is a major milestone in the internet era — it is among the first decisions to target social media use.

“This case is one of the first this court has taken to address the relationship between the First Amendment and the modern internet,” Justice Anthony Kennedy wrote in the majority opinion, which struck down North Carolina’s law.

Related: Supreme Court strikes down law banning use of Facebook by sex offenders

In the opinion, Kennedy said the law was too broad and North Carolina did not prove why a wholesale ban on social media was necessary.

“In a lot of ways, it’s a constitutional coming out party for social media companies,” said Alex Abdo, senior staff attorney at the Knight First Amendment Institute at Columbia University. “It puts social media platforms on equal footing with other important areas of First Amendment expression.”

But, Abdo said, the lingering question is whether the courts will eventually come to view social media platforms as public forums in their entirety.

In his opinion, Kennedy said “cyberspace,” and social media in particular, are now the most important places for exchanging views. He cited LinkedIn, Twitter and Facebook as places for discussing entrepreneurship, petitioning elected officials, and debating religion and politics.

“These websites can provide perhaps the most powerful mechanisms available to a private citizen to make his or her voice heard,” he wrote, referring to social media sites as a “modern public square.”

Dick Costolo, Twitter’s former CEO, used to say the the company was the “global town square,” a place for people to communicate and find out about current events. But there’s currently a legal difference between a physical public square — like streets and parks — and the internet.

In a concurring opinion, Justice Samuel Alito cautioned against equating internet sites to public streets. He argued the majority opinion should have been more narrowly written to avoid ambiguity.

Complicated questions linger about how best to define these platforms — for instance, if Twitter was considered a public square, would the government have some power to regulate it and make sure its terms of service align with the Constitution?

“I do think this precedent would be applicable if a state engaged in other attempts to prophylactically bar people from using social media,” Esha Bhandari, a staff attorney at the ACLU, told CNN Tech.

Facebook already prohibits convicted sex offenders from using its services, and people can report accounts they believe violate this rule. But Monday’s decision affirms that this is for Facebook, not the courts, to decide.

“I do think we will see more cases like this as the internet and social media increasingly become the site of choice for public discussion and debate,” Bhandari said. “In many ways, the protests, the political debates of this era are taking place online.”