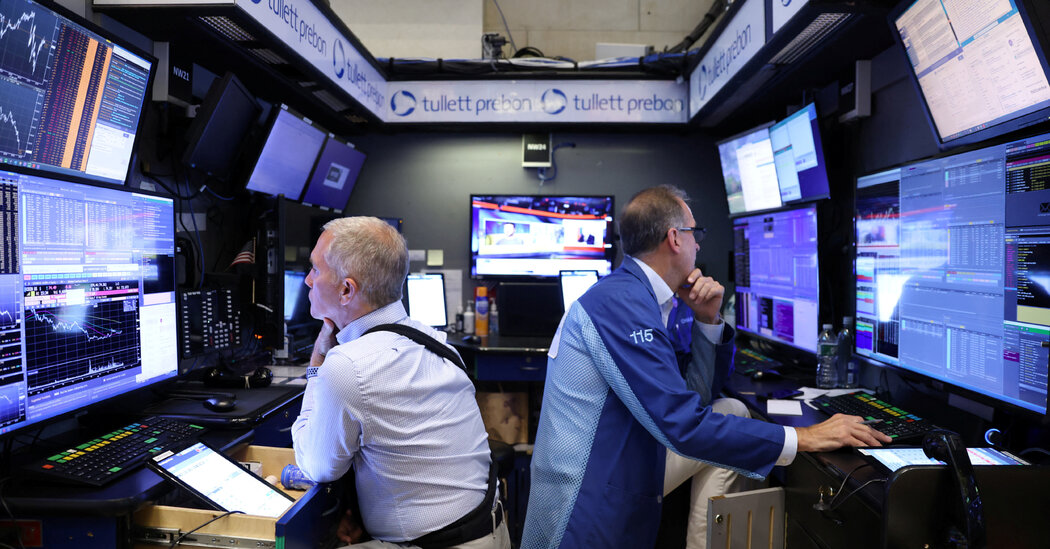 After one of the worst weeks for the stock market this year, investors are losing their nerve as the burst of optimism that accompanied a summer rally fades away.

The S&P 500 index was set to close out the week around 5 percent lower than where it started, down 1 percent in early trading on Friday as corporate executives from bellwethers like FedEx and General Electric warned of crimped supply chains and declining economic activity that would hurt corporate profits.

The stock market’s move on Friday added to sharp losses earlier in the week, after a widely watched gauge of inflation showed that consumer prices rose more than expected in August. The fresh data undermined the popular thesis that inflation had peaked, ushering in expectations that the Federal Reserve would have to do more to restrain the economy that previously expected, raising the risk of the United States slipping into a severe downturn.

The stock slide marked the latest bout of whiplash for investors after a string of surprises this summer that have consistently undermined a more optimistic consensus in financial markets. Now, some of the most powerful trading houses in the world, responsible for investing trillions of dollars on behalf of pension funds, governments and other investors, are warning that there is more pain to come.

Seth Bernstein, the president and chief executive of AllianceBernstein, a fund manager responsible for more than $600 billion in assets, believes the Fed may have to push the U.S. economy into a recession in order to bring down stubbornly high inflation.

“What we are faced with is inflation expectations that are pretty embedded,” he said, adding that a recession was the only way to “break” them.

Nicolai Tangen, the head of Norway’s sovereign wealth fund, said, “if you asked me a year ago what is the worst scenario for financial markets, I think things are now worse than anything we could have imagined.” The fund manages money generated by Norway’s extensive oil and gas sales and currently has $1.4 trillion invested around the world.

Mr. Tangen said that he doesn’t think there is an investment area anywhere in the world that is likely to make money in the near future. “That’s the really depressing thing,” he said.