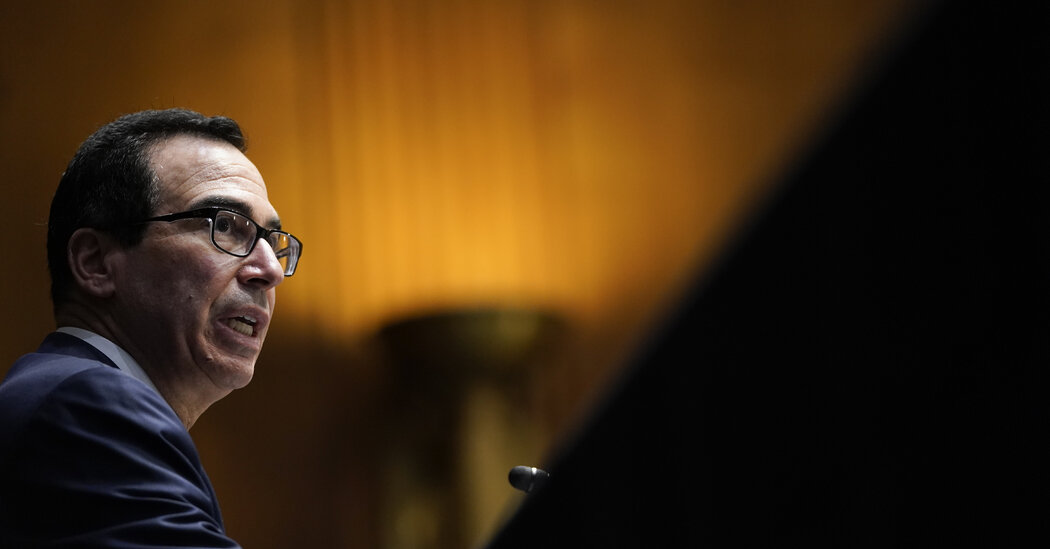 Treasury Secretary Steven Mnuchin said on Wednesday that he was giving stimulus talks “one more serious try” and that he would present House Speaker Nancy Pelosi with a counteroffer later in the day that lays out the Trump administration’s proposal.

“I think we’re hopeful that we can get something done,” Mr. Mnuchin said at a conference sponsored by CNBC.

The Treasury secretary said that the proposal would be similar to the one unveiled by the House Problem Solvers caucus this month and that it would be about $1.5 trillion.

Mr. Mnuchin said that it would include liability protections for schools and businesses, more economic impact payments, support for airlines and relief money for emergency workers in states.

Mr. Mnuchin indicated that it would be clear in the next day or two if a deal was possible. He said he did not anticipate a stand-alone bill to help the airline industry but said that he would be briefing airline executives on Wednesday afternoon on progress and had been encouraging them to hold off on planned layoffs.