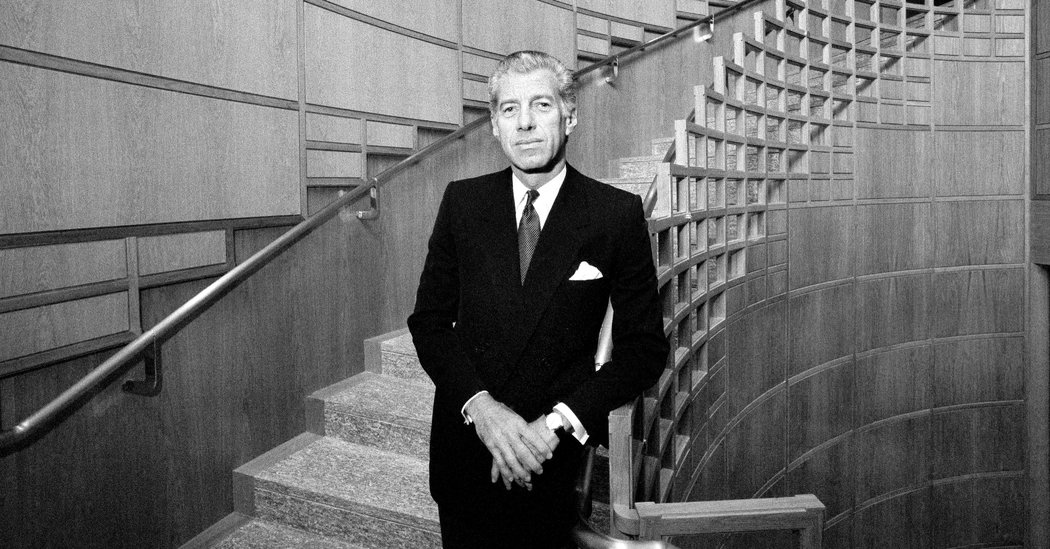 Stephen C. Swid, an investor and businessman whose varied career included deals for furniture and carpeting companies, an independent film distributor and the “21” Club, but who became best known for transforming Sesac, once an obscure licensing organization, into an influential force in the music industry, died on Sunday at his home in Manhattan. He was 78.

His family said the cause was complications of frontal temporal lobe degeneration.

After starting his career as a Wall Street analyst and money manager in the 1960s, Mr. Swid teamed with a partner, Marshall Cogan, to take over a series of businesses that put them on the map as aggressive young investors.

First, in 1974, was General Felt Industries, a major producer of carpet padding — an unglamorous but lucrative business that served as their springboard. Three years later, the two men took over Knoll International, the designer furniture firm (now known as Knoll Inc.), and in 1985 they paid $21 million for the “21” Club, a watering hole for the city’s power-broker elite. Along the way, they also made unsuccessful runs at the Boston Red Sox and Sotheby’s.

By 1986, Mr. Swid had split with Mr. Cogan and was looking for new deals when he learned that CBS Inc. was selling its music publishing division, CBS Songs, which controlled the copyrights to about 250,000 songs, including classics like “Over the Rainbow” and “New York, New York.”

Joining with two music executives, Charles Koppelman and Martin Bandier, Mr. Swid led the purchase of CBS Songs for $125 million. The three formed a new company, SBK Entertainment World, and in early 1989, a little more than two years after the CBS deal closed, sold it to the conglomerate Thorn-EMI for $337 million.

It was the highest price that had ever been paid for a music publisher, and the sale raised eyebrows both in the music world and on Wall Street. But to Mr. Swid, it was simply a matter of finding the right price for an undervalued asset.

“It’s obvious now, in retrospect, that the $125 million price was lower than the true value of the company at that time,” he told The New York Times when the Thorn-EMI deal was announced.

In 1992, Mr. Swid led an ambitious deal to acquire Sesac for $15 million, and ended up turning it into a billion-dollar business that has had lasting effects on the music industry.

Sesac, founded in 1930 as the Society of European Stage Authors and Composers, had long been a marginal player in performing rights, the business of collecting licensing payments from radio and other outlets and funneling that money back to songwriters and publishers as royalties. By 1992, the industry giants Ascap and BMI were estimated to control 99 percent of the market between them.

But as part of a plan conceived by Freddie Gershon, a music executive, and joined by Mr. Swid and another partner, Ira Smith, a revamped Sesac would find ways to pay songwriters more than they were getting from Ascap and BMI.

“We were little Davids against these Goliaths,” Mr. Gershon said in an interview. In addition to the three partners, the investment bank Allen & Company contributed money to the deal.

To make Sesac more competitive, the new partners pursued genres like Spanish-language pop — they offered contracts in Spanish, a novel step at the time — and embraced new technologies to identify more accurately when their songs were being played in the radio.

But Sesac’s biggest coup came in 1995 when the company lured Bob Dylan and Neil Diamond from Ascap by offering them large advance payments. The size of those payments has not been disclosed, but was estimated at the time by Billboard, the music trade publication, to be about $5 million combined.

The presence of those two writers, whose songs are essential to radio programmers, instantly made Sesac a power in the industry, helping to attract more writers and giving the company leverage to demand higher license fees.

“We’re going to become a major player,” Mr. Swid told Billboard, “and Ascap and BMI will do everything they can to stop us.”

Sesac’s move did lead to increased competition among the performing rights societies to sign and retain top songwriters, a process that continues today.

Sesac now has more than 400,000 songs in its catalog, by songwriters and composers including Kurt Cobain, Adele, Randy Newman, Paul Shaffer, Ric Ocasek of the Cars and the members of R.E.M.

Stephen Claar Swid was born on Oct. 26, 1940, in the Bronx, to Dave and Selma (Claar) Swid. His father was a trucking executive who also helped build the New England Thruway. He graduated from Ohio State University in 1962, with many of his summers spent working as a parking attendant at the Astor Hotel in Times Square, his son, Scott, said.

Mr. Swid is also survived by his wife, Nan, a founder of Swid Powell Designs, which focuses on housewares; two daughters, Robin Swid and Jill Rosen; eight grandchildren; and a sister, Carole Eisner.

In addition to his investments in Sesac and SBK, Mr. Swid held ownership stakes in Spin magazine and Cinecom Entertainment Group, an independent film producer and distributor, whose catalog included the 1990 version of “The Handmaid’s Tale.”

An art collector, he served as the chairman of the Municipal Arts Society and was on the board of the Solomon R. Guggenheim Foundation for more than 30 years.

But the company he remained closest to, and where he had his greatest success, was Sesac, which he ran as chairman and chief executive from 1992 until his retirement in 2013. Sesac, which is privately held, has always remained closely guarded about its finances. But according to Moody’s Investors Service, which has rated its debt offerings, its annual revenue grew from just $9 million in 1994 to $167 million by 2013, or about 8 percent of the American performing rights market.

In 2017, Sesac, which Mr. Swid and his partners had bought for just $15 million 25 years earlier, was sold to the Blackstone Group, the investment giant, for $1.2 billion.