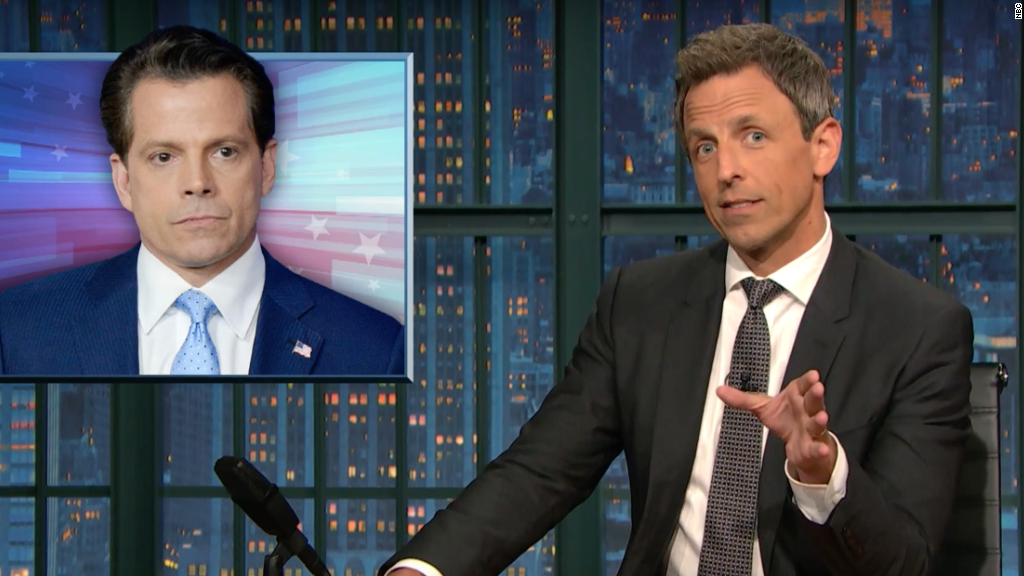 Anthony Scaramucci — the short-lived White House communications director — will appear on “The Late Show with Stephen Colbert” on Monday.

Colbert made the announcement on Twitter Wednesday evening. The comedian added: “This is just a heads up for our censors to get ready!”

It will be Scaramucci’s first televised sit-down interview since he was ousted from President Trump’s staff after 10 short, albeit memorable, days on the job.

Colbert’s “censors” comment appears to be in reference to an explosive New Yorker report that was published before Scaramucci left his role at the White House. In an interview with reporter Ryan Lizza published on July 27, Scaramucci used a string of curse words and leveled insults at his colleagues. He also accused then-chief of staff Reince Priebus of leaking information to the press.

The booking is a big win for Colbert. Dozens of television interviewers have been vying to interview the man known as “Mooch.”

Scaramucci briefly spoke with several reporters in the wake of his White House dismissal, but then pledged to go “dark” for a little while, so the “Late Show” will mark his re-emergence in the public eye.

Colbert is one of President Trump’s fiercest critics on television. And Scaramucci, a former Wall Street financier, has grabbed headlines for his ardent support of Trump.

“The Mooch lasted as communications director for only ten days! Ten! That’s not even a whole pay period!” Colbert joked after his ouster.

The other guest on next Monday’s “Late Show” is the actor Bob Odenkirk.