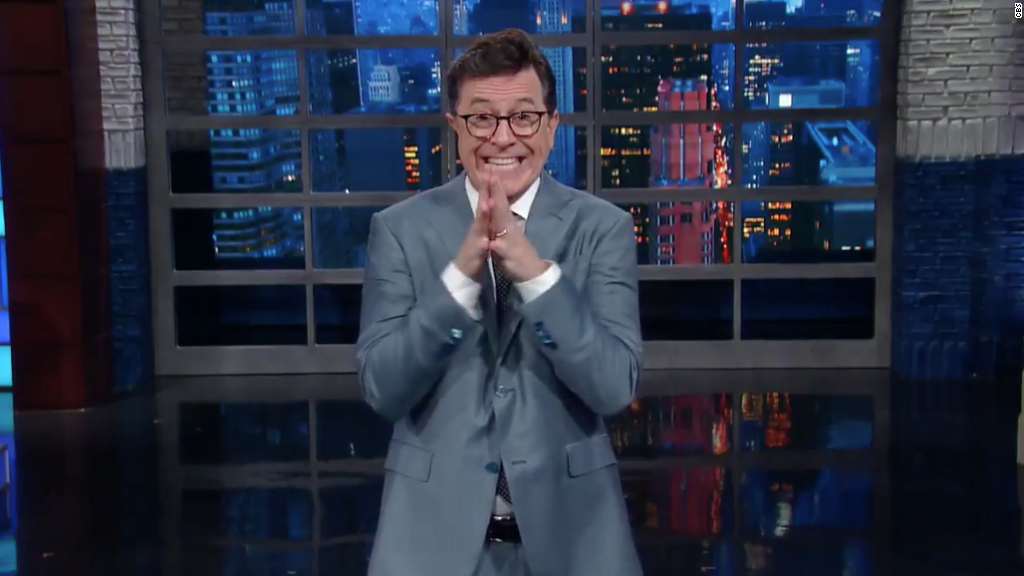 Stephen Colbert is in Russia this week and he’s scheduled to make an appearance on a late night Russian talk show.

The official Instagram account for “Evening Urgant” posted a series of photos over the weekend that teased this week’s guest line-up. Eight swipes in is Colbert’s photo, which appears with text that reads “June 22.”

It’s not clear if that is the date Colbert’s appearance will air or if that is when it will be taped.

Host Ivan Urgant also posted a selfie with Colbert on Thursday with a caption in Russian that says “Evening Colbert.”

The American late night host revealed on his own Twitter account that he is indeed in Russia. Colbert took at jab President Trump with a tweet on Thursday that said he’ll help find the taped recordings of his conversations with FBI Director James Comey.

The tweet came with a photo of Colbert walking in front of what appears to be the famous Hermitage Museum in Saint Petersburg.

CBS confirmed that Colbert is in Russia “on assignment for a future broadcast,” but wouldn’t get into further details on what the host is doing there.

The network would also not say when the host would return. Colbert has a new “Late Show” from New York’s Ed Sullivan Theater scheduled for Monday night.