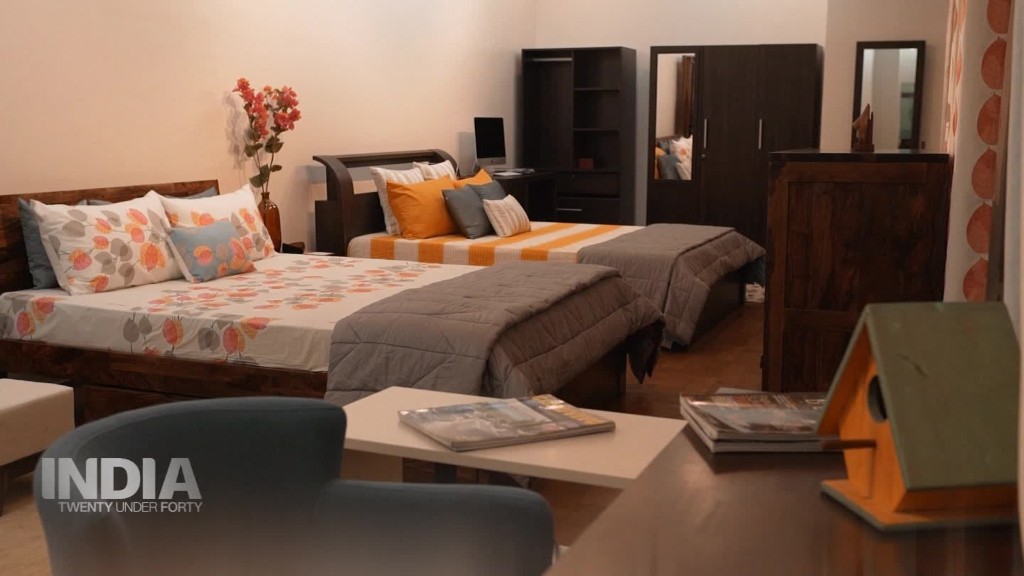 Kabeer Chopra just wanted to buy a couch for his graduate school apartment.

He decided to splurge on a gray sofa from West Elm — until he realized it wouldn’t be available for 12 weeks. Since Chopra was in a short graduate school program at the University of Pennsylvania’s Wharton School, it didn’t seem worth the wait.

Instead, he ordered a red couch on sale from a West Elm store. To avoid paying a pricey shipping fee, Chopra carried it several blocks home.

“After paying a lot of money, this isn’t the experience you want to have,” Chopra told CNN Tech. “Whether it’s a lower or higher price point, no one was really solving the problem of convenience and thinking about the experience from end to end.”

Related: This shopping app lets you see a virtual couch in your real living room

In April, Chopra and fellow Wharton student Stephen Kuhl launched Burrow, a startup that sells couches that can be assembled in less than 10 minutes with no tools. Its products are customizable and modular, so customers can add or subtract seats and parts based on preferences or the size of a room.

“We want to be the Warby Parker of couches,” Chopra said.

Burrow furniture is made from similar materials used by high-end retailers like Crate & Barrel, but are shipped to customers for free in flat boxes within a week of purchase. The furniture breaks down again for easy move out. Burrow furniture also has built in USB ports.

“[We] designed this around solving every single problem people face when buying and moving furniture,” Kuhl said.

It unveiled on Thursday two new products, its first ottoman ($295) and chaise sectional (up to $1,745, depending on design).

Related: Why is Ikea buying TaskRabbit? Think about it

But the startup has faced challenges getting its name out in a crowded market and helping consumers feel comfortable ordering big ticket items online. Other direct-to-consumer companies like Casper, a startup that sells mattresses online, have taken the concept mainstream.

Burrow has partnered with showrooms in cities like Los Angeles, New York and Houston, allowing customers to try out products. It’s also conducted a series of quirky marketing campaigns. For example, it dropped paper tombstones on abandoned sofas around lower Manhattan with discount codes for Burrow.

Research firm Forrester forecasts that about $92 billion will be spent on furniture this year, but only $7 billion worth of items will be purchased online. However, that number is projected to jump to roughly $13 billion in 2022.

As sales grow, the company aims to expand beyond its current product line to create more furniture offerings.

“The eventual goal for us is to provide your entire living room, shipped in less than week, set up in less than an hour, for the price you’d pay for a single sofa,” Chopra said.