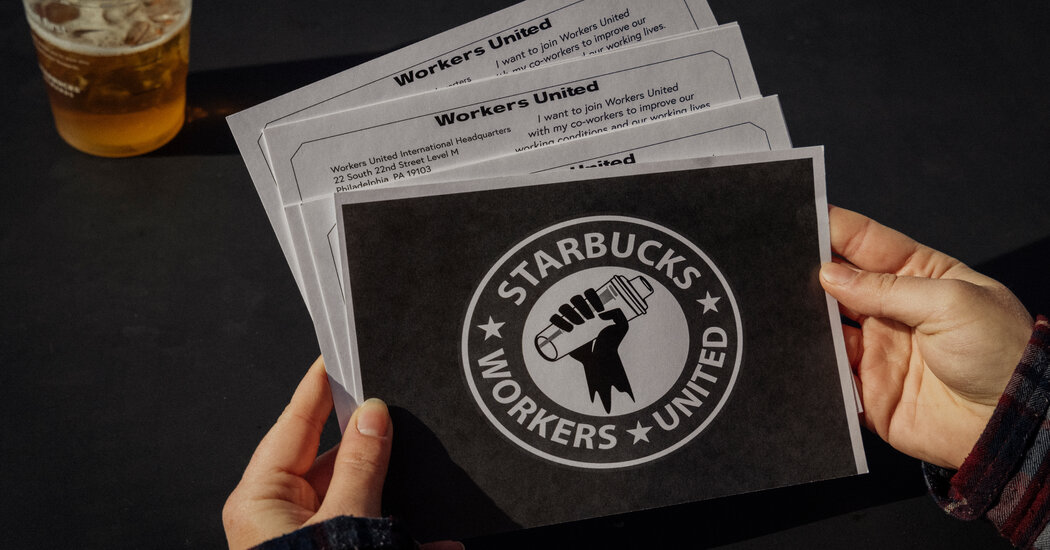 The victories for the union created the only two unionized Starbucks locations out of roughly 9,000 company-owned stores in the country. The union lost at a third store in the Buffalo area but has formally objected to the outcome there.

Ballots in the coming round of Starbucks elections will be mailed to workers on Jan. 31 and will be due back on Feb. 22. The votes will be tallied by the labor board the next day.

Since workers at three locations in the Buffalo area first sought union elections in late August, employees of at least 15 other Starbucks stores have filed petitions for elections, most of them since the labor board announced a union victory in Buffalo on Dec. 9.

The campaigns appear to be driven by young, liberal and well-educated Starbucks employees in cities like Boston, Chicago and Knoxville, Tenn., who tend to be sympathetic to unions and were energized by the Buffalo victory. The company’s employees have traditionally been more liberal and better educated than those of other retail and dining establishments. They also tend to be better paid and enjoy more generous benefits.

The three stores in Buffalo where workers will begin voting this month filed petitions for their elections in November.

After the union campaign formally began there in August, Starbucks officials from out of town converged on the city, where they sought to resolve operational issues and educate workers about what joining a union would entail, according to the company.

Many workers in Buffalo have said that they found the presence of the out-of-town officials disruptive and that they felt the officials were intimidating workers as they considered whether to support the union.

In addition to the Buffalo elections, the labor board has scheduled an election to begin this month at a Starbucks store in Mesa, Ariz., where workers also filed for an election in November.