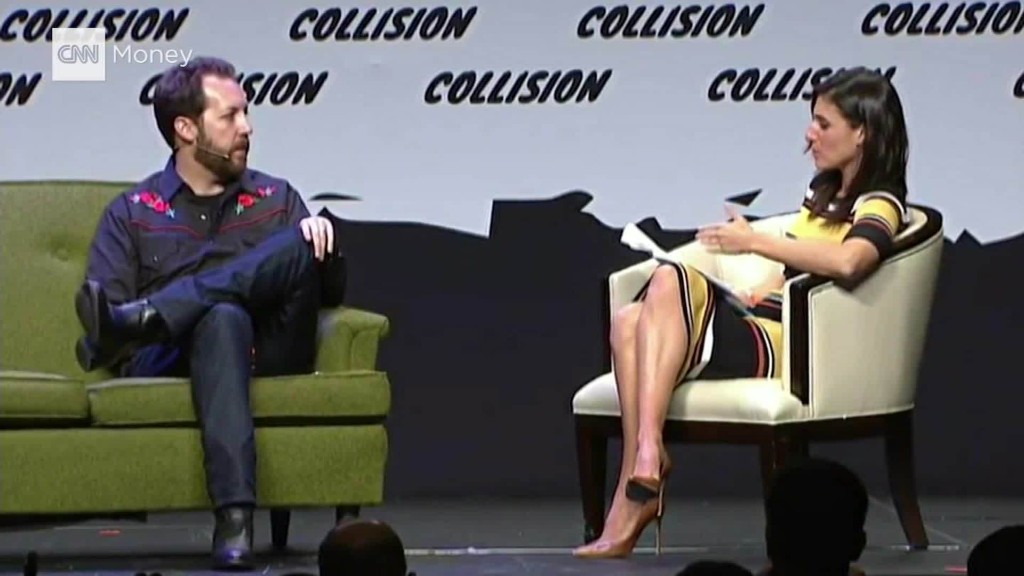 High-profile tech investor Chris Sacca is fessing up to his own bad behavior toward women in tech.

“By stupidly perpetuating a culture rife with busting chops, teasing and peer pressure to go out drinking, I made some women feel self-conscious, anxious and fear they might not be taken seriously,” wrote Sacca, in a lengthy Medium post on Friday.

Sacca, 42, is known for having helped fund companies like Uber and Twitter and appearing on two seasons of ABC’s “Shark Tank.” He announced he was retiring from startup investing in April, as well as stepping away from the show. The venture firm he founded in 2007, Lowercase Capital, would cease making any new investments, he said.

But last week, Silicon Valley was once again roiled by claims of sexism and sexual harassment. And Sacca is now admitting that he has contributed to the problem.

“In the earlier years of my career, I made my own attempts to fit in and be accepted as one of the tribe of Sand Hill Road guys,” added Sacca. “In social settings, under the guise of joking, being collegial, flirting, or having a good time, I undoubtedly caused some women to question themselves, retreat, feel alone, and worry they can’t be their authentic selves … I had a duty to say and do more on behalf of those who were not in the conversation but nevertheless affected by it. I failed.”

Last Thursday, Reed Albergotti of The Information reported on sexual harassment claims made against Binary Capital investor Justin Caldbeck. Six female founders, three of whom were identified by name, shared stories of interactions with Caldbeck that included groping and inappropriate late-night texts.

Since the report, Silicon Valley executives, investors and founders have been weighing in on what happened at Binary Capital, and how it’s indicative of the troubling power dynamics in tech.

The accusations against Caldbeck go back years — and some of the women say they had tried to report it and been ignored.

Stitch Fix founder Katrina Lake told Lightspeed Venture Partners — where Caldbeck worked before Binary — that Caldbeck had sexually harassed her. Axios reported that she was given a non-disparagement agreement, which she signed, fearing that she wouldn’t be able to raise money if she didn’t.

Moreover, Ninaine Wang, one of the three women named in The Information’s story, said she has been trying to expose Caldbeck for seven years. “He kept threatening reporters, and it was incredibly difficult to get this article out. He fought tooth and nail,” she wrote.

Sacca admits that he initially struggled with how to address the Caldbeck situation. His partner at Lowercase, Matt Mazzeo, had recently joined Binary Capital; Mazzeo resigned following The Information’s story.

Sacca said over the past week he’s spoken with friends, acquaintances and “heard from people from my past including stories of how I’d behaved.”

“I’ve learned that it’s often the less obvious, yet pervasive and questionable, everyday behaviors of men in our industry that collectively make it inhospitable for women,” he wrote.

Sacca used the phrase “I am sorry” five times in his post. He also said he supports women and minority founders. Sacca noted that in 2015 he tweeted in support of Ellen Pao after she lost her years-long gender discrimination legal fight against venture firm Kleiner Perkins. He said he was initially afraid to speak out on her behalf because he feared retribution.

Sacca says that while he’s considered himself one of the “good guys,” he’s now seeing that he played a role in preserving the status quo. “The passive acceptance of exclusionary words and deeds is not okay.”