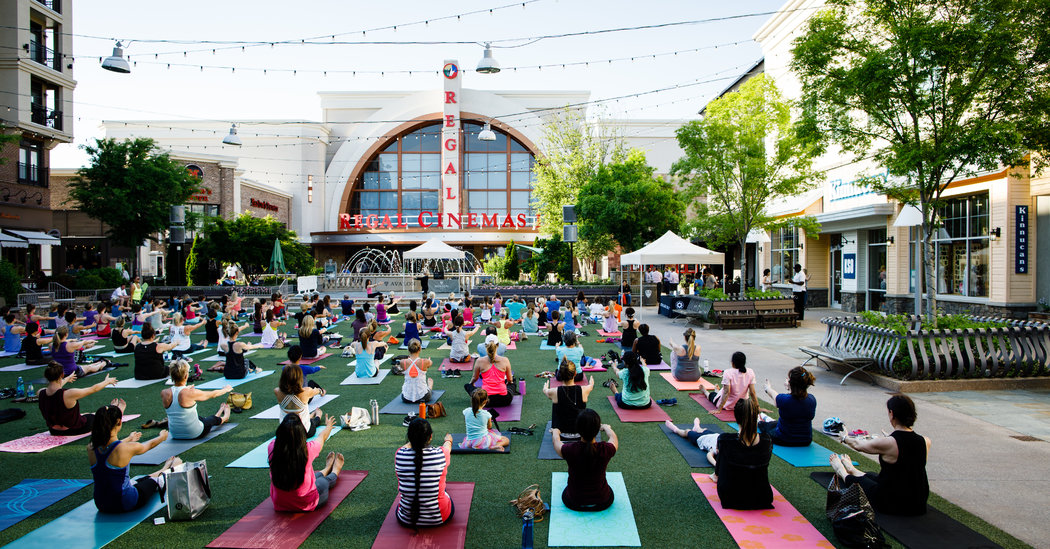 When North American Properties drew up plans for a luxury hotel at Avalon, its $1 billion, 86-acre housing, office, restaurant and shopping project in the Atlanta suburb of Alpharetta, the developer wanted to reinforce the enclave’s stature as a Main Street destination with white-glove service.

To extend Avalon’s “living room” experience to the hotel, the developer designed a homey lobby and lounge and a South City Kitchen restaurant to entice locals as well as travelers. And hotel guests can use Avalon’s amenities as part of their stay, including ordering room service from restaurants or visiting spas and fitness clubs.

So far, bookings at the 330-room Hotel at Avalon have not disappointed its developer. Even before opening in January, the $112 million project, which includes 44,000 square feet of meeting space in the Alpharetta Conference Center, had booked 17,500 room nights and 175 events. The average daily room rate is about 50 percent higher than the rate in the broader Alpharetta market, which was $116.39 in the first quarter this year, according to the hospitality researcher STR.

“We’ve been astounded by the pace of bookings,” said Mark Toro, a managing partner in the Atlanta office of North American Properties, which teamed up with the Stormont Hospitality Group and the City of Alpharetta on the hotel and conference center. “The hotel’s performance has far outstripped projections.”

The Hotel at Avalon’s good fortune mirrors the hospitality industry in the United States. According to STR, revenue per available room, a key lodging profitability metric, has grown for eight years straight. But the hotel’s early solid performance also demonstrates why hotels are frequently landing in developments that combine retail and restaurants with housing or offices or both.

However, unfamiliarity with how hotels operate can hinder chances for success. Stores or office tenants may lease space for several years, for example, which can provide developers with rental income during challenging economic times. But hotels rent out rooms daily, which makes them more susceptible to downswings. Hotel brands typically require landlords to spruce up the property every few years, said Andrea Olshan, chief executive of Olshan Properties, a developer based in New York.

What’s more, enmeshing hotels in a mixed-use project only increases their complexity and risk. Competition from newer hotels is another threat, especially around successful and longstanding developments like Easton Town Center in Columbus, Ohio, where Olshan Properties owns three hotels. In fact, given the retail world’s cautious approach to expansion amid store bankruptcies, mall closures and the intrusion of ecommerce, Ms. Olshan worries less about retail development and more about new hotel construction.

“If you have a successful mixed-use center with lots of apparel stores, you’ll attract tenants and it’s less likely that a shopping center will be built near you,” said Ms. Olshan, whose firm expects to open a hotel and retail development in Boston’s Haymarket district this year. “But with hotels, we’re seeing more and more ankle biters.”

Despite the challenges, developers are finding more reasons to incorporate hotels in their projects.

“Having all those amenities nearby makes you more of a value proposition when the traveler is choosing your hotel versus one on the side of a highway,” he said.

Cities are also leveraging mixed-use destinations as a means to market their communities to expansion-minded businesses. Alpharetta contributed nearly $25 million to create a conference center at Avalon. In Allen, Tex., a fast-growing suburb north of Dallas, city officials are plowing almost $20 million into a $91 million project adjacent to the Watters Creek at Montgomery Farm mixed-use development that will include a convention center and lodging from Delta Hotels by Marriott.

“We are bolting onto the Watters Creek amenity for the City of Allen to create a destination for entertainment, sports bookings, conventions and business meetings,” said Mike Kennedy, a principal with Altera Development in Dallas, the project’s developer. “This facility is going to be a driver of growth.”

Hotels graced a few mixed-use developments around the turn of the century as the properties started becoming fashionable. North American Properties spent months studying a handful of successful projects, including Hotel Valencia at Santana Row in San Jose, Calif., and Hotel Sorella at CityCentre in Houston, Mr. Toro said.

Today, hotels are under construction or planned at mixed-use projects such as Water Street Tampa in Florida and Lighthouse Point on Staten Island. Mixed-use projects that have opened hotels include Pike & Rose in North Bethesda, Md., which welcomed a 177-room Canopy by Hilton in March, and Pearl in San Antonio, which opened the 146-room Hotel Emma in late 2015.

Simon Property Group, the Indianapolis-based mall and outlet center landlord, began adding hotels to its properties some 15 years ago, said Richard S. Sokolov, president and chief operating officer of the company. But it recently stepped up that effort. As part of a multibillion-dollar investment plan to diversify and expand its centers, the company will add 10 hotels to its properties through 2019, up from a total of four in 2016 and 2017.

Among other projects, Simon intends to replace a closing Belk department store at its Phipps Plaza mall in Atlanta’s Buckhead district with a 150-room Nobu Hotel and a restaurant, a Life Time fitness operation, and an office building. Simon previously added a hotel and apartments to the property.

“It’s fair to say that we are now devoting more resources to pursuing hotel opportunities because we have demonstrated that they work,” Mr. Sokolov said. “They can range from the higher end, like Nobu in Buckhead, to a more limited service offering on the peripheral of a suburban mall.”

To date, evidence that hotels and mixed-use projects benefit each other is largely anecdotal. Still, 11 years ago, the retail landlord GGP (formerly General Growth Properties) in Chicago surveyed several shopping centers and mixed-use developments where at least one hotel was present. Albeit narrow, the inquiry indicated that hotel revenue per available room in those locations was as much as 40 percent higher than nationally. Plus, a larger number of retailers tended to seek space in those projects versus other properties.

“When you get the right synergies, it’s pretty remarkable what one property brings to the other,” said Jim Butler, chairman of the global hospitality group for the Jeffer Mangels Butler & Mitchell law firm in Los Angeles. “But in mixed-use, there’s greater complexity and therefore greater risk to screw up if you don’t do it right.”