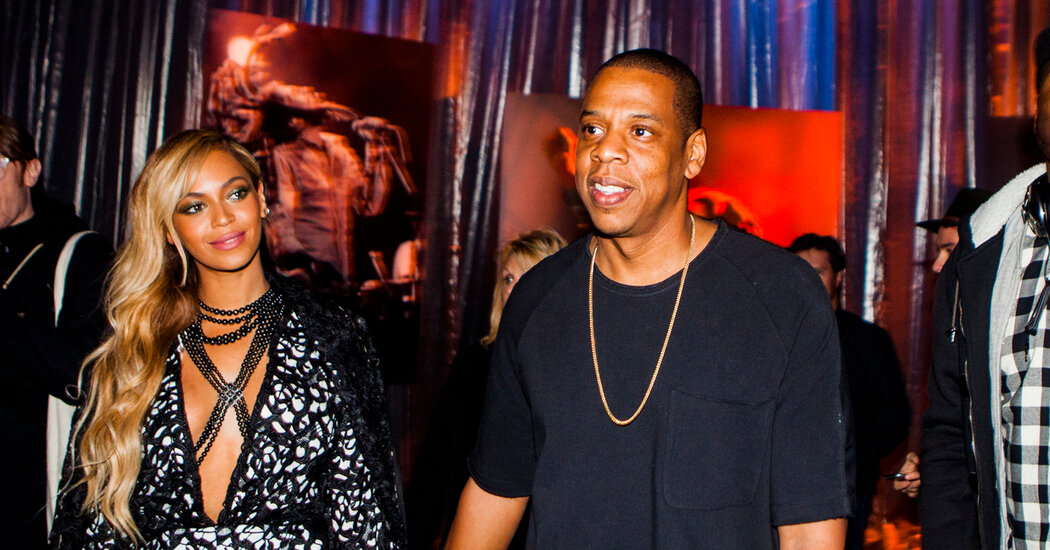 What did Jay-Z and Jack Dorsey talk about when they went yachting around the Hamptons together last summer? Perhaps only Beyoncé knows.

Maybe now we do, too. Square, the mobile payments company led byMr. Dorsey, announced on Thursday its plan to acquire a “significant majority” of Tidal, the streaming music service owned by Jay-Z and other artists — including Beyoncé, Jay-Z’s wife, and Rihanna, who is a client of Jay-Z’s entertainment management company, Roc Nation.

Square will pay $297 million in stock and cash for the stake in Tidal. Jay-Z will join Square’s board.

The announcement comes less than two weeks after Jay-Z announced that he would sell 50 percent of his champagne company, Armand de Brignac — better known as Ace of Spades — to LVMH Moët Hennessy Louis Vuitton amid a downturn in the entertainment industry caused by the pandemic that has affected some of Jay-Z’s holdings.

“I think Roc Nation will be fine,” Jay-Z said in an interview last month about the sale of Armand de Brignac. “Like all entertainment companies, it will eventually recover. You just have to be smart and prudent at a time like this.”

Also last month, Mr. Dorsey, who is also the chief executive of Twitter, announced that he and Jay-Z had endowed a Bitcoin trust to support development in India and Africa.

Tidal, which Jay-Z bought in partnership with other artists in 2015 for $56 million, provides members access to music, music videos and exclusive content from artists, but the streaming music industry has been dominated by competitors like Spotify, Apple and Amazon.

In 2017, Jay-Z sold 33 percent of the company to Sprint for an undisclosed amount. (After a merger, Sprint is now a part of T-Mobile.) Earlier this week, Jay-Z bought back the shares from T-Mobile, and most will be sold to Square as part of the deal.

Mr. Dorsey and Jay-Z began to discuss the acquisition “a few months ago,” said Jesse Dorogusker, a Square executive who will lead Tidal on an interim basis.

“It started as a conversation between the two of them,” he said. “They found that sense of common purpose.”

Mr. Dorogusker said Square, which was founded in 2009, will offer financial tools to help Tidal’s artists collect revenue and manage their finances. “There are other tools they need to be successful and that we’re going to build for them,” he said.